A Conversation with MC Lyte

Posted on December 5, 2014 by Sherron Shabazz 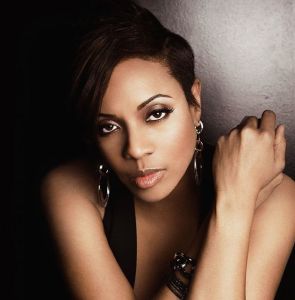 Every conversation about the best female emcees begins with MC Lyte. Lyte is the first female artist to release a solo album with 1988’s Lyte as a Rock. Her music has influenced every female rapper to ever pick up a microphone over the last 25 years. MC Lyte is Hip-Hop royalty.

The last ten years of Lyte’s career have been focused on other things besides rap. The L-Y-T-E spent a good amount of time in Hollywood doing voice over work, deejaying, and starting the Hip Hop Sisters Network – a non-profit foundation that promotes positive images of women of ethnic diversity.

During the last decade Lyte has blessed fans with an occasional appetizer to feed their cravings for her music, but now they’re about to be served the main course. Lyte is gearing up for the release of her eighth solo album slated to drop at the beginning of 2015. Lyte released the singles Cravin’, Ball, and Dear John in preparation for what’s certain to be another dope chapter in the MC Lyte book.

The Real Hip-Hop spoke to MC Lyte about working with Common for the single ‘Dear John’, the importance of Audio Two in her music career, her favorite album that she’s ever done, and her new album dropping in 2015.

TRHH: I saw you perform at the AAHH! Fest. What was that experience like for you?

MC Lyte: Oh man, it was emotional [laughs]! It was a beautiful occasion. I’m very honored to be asked to participate in that festival because they could have chosen anybody. Chicago happens to be a great city for me in terms of the love that they show and the support that they give. As a matter of fact I’m performing there on December 7th at the Arie Crown. They always show up, show out, and really represent for me. It felt really good.

TRHH: That festival was created by Common and you worked with him on the single ‘Dear John’. Talk about how that collaboration came about.

MC Lyte: Oh goodness, well after the song was done with my lyrics it had three verses on it. We felt like it needed a man on there to represent and talk to the men as well. When you talk about the subject matter and the tone of the song it felt like there was no one else to get but him. I went after him and said, “Come on, we gotta do this!” We’ve recorded before so it wasn’t our first collaboration. It’s certainly been a long time between the first one and this one so I’m happy that he was able to represent.

TRHH: Dear John is also the theme song for the Educate Our Men scholarship. How’d you get involved with that?

MC Lyte: We have an organization called Hip Hop Sisters. People can find out more information at HipHopSisters.org. Since its inception we’ve been able to give out two $100,000 scholarships each year. This year we decided to switch it up a little bit. We went and visited the president over at Dillard University and he talked about the shortage of young men on campus. We asked what we could do and we decided to start Educate Our Men simply because we wanted to drive numbers to HBCU’s. The first one is Dillard University for 2015. For 2016 and years to come we’ll be able to provide supplemental scholarships to men attending those different schools as well.

TRHH: I follow you on Twitter and your tweets are always positive and motivational. What is it important for you to share your thoughts with the world? Even in your last three singles the messages have been uplifting or have had a good vibe.

MC Lyte: Well I’m all about a good vibe [laughs]. I’m just wanting to provide something different in the midst of all that’s happening. It’s just really reflective of who I am as a person. It feels right in time and in step with who I am. Now is the time that everyone hears it because I’ve been able to garner attention by other means – through speaking, performing, hosting, and deejaying. Now that I have everyone’s attention it just makes sense to say what it is I want to say, and that happens to be something positive. I’m moving!

TRHH: Going back to the beginning, what impact did Milk and Giz have on your early career?

MC Lyte: Oh goodness, they are the reason! They produced the very first song, second song, and the album along with King of Chill. They were the ones who pretty much put the MC Lyte sound together. Also when it came to a record deal, the record company wasn’t really interested in a female emcee. Management said if you want Audio Two you have to have MC Lyte – this is a package. Initially that was how I wound up signed to a major record label. Somewhere in there they realized I wasn’t all that bad [laughs]. I was somebody good to have on the roster. We went from there and I wound up being with that label for 13 years.

TRHH: You reunited with some old friends at the BET Hip Hop Awards recently. What was that experience like for you?

MC Lyte: It was great. It’s been 20 years since we’ve all been on the stage performing that song. We’re certainly friends and we talk to one another all the time, but to actually get up on the stage and perform that song it was magical. Also to be included in the BET Hip Hop Awards, which is usually a male domination presentation, it felt good to be amidst what is considered current and give a golden era performance. It was great.

TRHH: Tell me about the new single, ‘Ball’.

MC Lyte: Well it’s featuring Lil’ Mama. She brings some youthfulness and some young energy to an already energetic song. It just seemed like the right match to be able to have a platform where we could show her skills, and it’s also true meets new. True School meeting New School and it just felt right in the studio. Once I dropped my lyrics and I had that second verse I knew automatically who I wanted on it – it was her. She came to the studio, wrote her lyrics, went in the booth and smashed it. When it came time for the video she brought the energy. She’s a dancer and she was able to do the choreography and add everything to the video. It made it a nice presentation.

TRHH: What will fans get if they download the MC Lyte app?

MC Lyte: Who knows? [Laughs] You’ll get the tour schedule. It’s a pretty generic app, however it does give the information that’s vital to an MC Lyte fan. That’s where I’m going to be, the latest photos, latest videos, and the latest MC Lyte music that you’re able to stream and also download.

MC Lyte: Hmmm. Hmmm. Hmmm! Wow. I guess my favorite would either be the first or the second. The reason why is I wasn’t really thinking about it, I just did it. It wasn’t until I got completely in the music business that I took into consideration all of the politics and how it’s so important to be on the charts and on the radio. All of those things take effect and you start skewing things to satisfy those demands. Whereas with the first two I just did what I felt and didn’t think two things about it.

TRHH: I would go with those first two as well. It’s tough to choose between the first two. Kickin’ 4 Brooklyn is probably my all-time favorite Lyte song though.

MC Lyte: Yeah, that’s funny. The thing is, those rhymes were written already. I just sat in sessions with both Audio Two and King of Chill individually and they sort of built the music around what I had already written so it was pretty easy. I have favorite songs that occurred later like ‘TRG (The Rap Game)’ that I did with Jermaine Dupri on the Bad as I Wanna B. record ‘Cold Rock a Party’ was huge for me. It was fun and I liked the collaborative effort with Missy. It allowed us to perform in various places as well. ‘Keep On, Keepin’ On’ was great as well. There were songs after it like ‘Poor Georgie’, but when you talk about full albums with one to two producers – I like thematic projects where one producer can kind of do the whole thing, I’m fond of those two.

TRHH: What can fans expect to hear on the new album?

MC Lyte: The truth [laughs]. The truth and me and all the different sides. The many dimensions of what living life is really like and not this one dynamic that we’re seeing a lot today. There are emcees out there who let you know who they are and wear their hearts on their sleeves and want to be seen. I respect that take. For me that’s what this album is. Once again it’s new and true. It’s new with the sound that’s happening today and ‘Ball’ is reflective of that. ‘Dear John’ is part of the true aspect of the record – taking it back to true school, organic instrumentations and elements that people are accustomed to hearing MC Lyte rock to. We have guests on the record – Mama, Common, Faith Evans, Coko from SWV, Mario, and Kenny Lattimore. I chose people who are actually my friends. I know them and I can just call them and they come through without hesitation, “I got you Lyte!” It’s a really good record, I’m excited!

Sherron Shabazz is a freelance writer with an intense passion for Hip-Hop culture. Sherron is your quintessential Hip-Hop snob, seeking to advance the future of the culture while fondly remembering its past.
View all posts by Sherron Shabazz →
This entry was posted in interview and tagged AAHH! Fest, Ball, Common, Dear John, interview, Lil Mama, MC Lyte. Bookmark the permalink.