A Conversation with Supa Dave West

Posted on November 7, 2016 by Sherron Shabazz 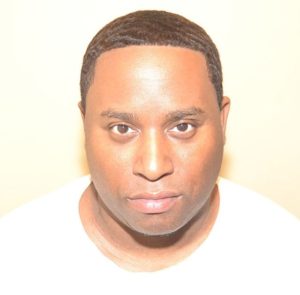 The man who has been a significant contributor to the sound of De La Soul for the past sixteen years has been Supa Dave West. West, a Queens, New York native is the mastermind behind some of De La’s most notable tracks like “Baby Phat,” “Voodoo Circus,” and “The Grind Date.”

In addition to his work with De La, Supa Dave West has crafted tracks for the likes of Talib Kweli, E-40, Slum Village, Planet Asia, Jim Jones, Phife Dawg, J Dilla, and members of the Wu-Tang Clan. Most recently Dave West was at the helm of the production of De La Soul’s critically acclaimed new album, “and the Anonymous Nobody.”

The Real Hip-Hop spoke to Supa Dave West about his work on De La Soul’s and the Anonymous Nobody, his musical pedigree, working with late Hip-Hop legends J Dilla and Phife Dawg, and his upcoming full-length solo album.

TRHH: I first heard you work with De La Soul in 2000. How did you guys initially link up and what has made this relationship so successful?

Supa Dave West: Somewhere in the end of ’96 I had a deal with Q-Tip’s Museum Music label that was signed to Elektra. My group was called Hot Sauce. Basically it didn’t happen ‘cause Q-Tip’s label didn’t work out. Phife had some music of mine and Phife’s manager was Fudge who is Dave from De La’s first cousin. One trip that Dave took to Phife’s crib in Atlanta with Fudge he was just listening to my music that Phife was playing and he called me out of the blue that same day. That’s how it happened. Those two songs became Copa (Cabanga) and something else. The reason why it’s like that is we’re really like minded. We’re like cousins to each other. We all share the same kind of humor. We just come from a certain place. They’re from Long Island, I’m from Queens. It’s something that’s kind of tight-knit and musically it just became the same thing. We have a lot of similar conversations musically and everything else. If I can be a vehicle to bring some of their ideas to life it just always seems to work out.

TRHH: You guys took a different approach to this album, sampling stuff from the Rhythm Roots Allstars. What was the process like for you recording this album?

Supa Dave West: It was tough in the beginning because I actually became a part of that crew. The drummer that they were using, who is the legendary Fish from Fishbone, I kind of replaced Fish because I understood De La’s side of it from the production end and I’m a drummer by trade. I was kind of put right in the middle when I became the drummer in the band where I could explain the music side from De La’s perspective to the band and translate that back to De La from the musician’s side. It was very hands on. It was kind of uncomfortable at first ‘cause I had a certain way I was trying to pull the music out of everybody. We’re jamming, playing live, and improv-ing and I’m playing drums and trying to move the music a certain way. At first it was crazy but then it kind of took on a life of its own. After hours of just recording with them we kind of just jelled and started getting really creative.

TRHH: Is the initial feeling out process the reason why this record took so long?

Supa Dave West: Nah, I wouldn’t say that. It mainly took so long because De La’s tour schedule never really stopped – it never stops. There would just be times where they were out on the road and we’d have to come back to L.A. and have another round of sessions. That’s really what it was – the group’s schedule. What helped that along was sometimes good things take time so you get a chance to listen and reflect on what was done and come back and make changes. It was a good amount of time to do all of that.

TRHH: As a listener this album seemed very different sonically than other De La records. Was that done on purpose or did it just turn out that way?

Supa Dave West: Well where it was recorded is key. We recorded in this spot called Electro-Vox in L.A. It was a studio that was connected to Paramount Studio. It’s got original Neve boards and a lot of outboard gear, so when we were recording it through the board just jamming that sounded like twelve inches that could have been cut right there before we even touched it. The stuff that it was running through was kind of crazy. From that the sound was a culmination of different moods. We were in uncharted waters and real vulnerable seeing how it would land and how it would stick – true art shit, throwing it against canvas and letting it dry.

TRHH: You mentioned that you’re a drummer, what is your musical background? And as a Hip-Hop producer what’s your weapon of choice? What’s your workstation set up like right now?

Supa Dave West: As a drummer my background is gospel, R&B touring, a lot of session work, musical directing, bands, and stuff like that. That was from like the end of ’92 to somewhere around 98-99. My weapon of choice is just anything. I produce from any perspective. I can sing something, catch a melody from that, sample myself, lay a beat, lay live drums, it starts from anywhere. I don’t really have a weapon of choice, that’s how I keep myself open and creative production-wise. I may start in studio and go to Pro Tools and lay down a guitar line or something that I saw and start editing and put drums to that. I might go from a drum machine perspective still, it just depends on what mood I’m in.

TRHH: Do you have a favorite De La track that you’ve produced?

Supa Dave West: Wow, that’s a hard question [laughs]. You mean this album or in general?

Supa Dave West: That’s a hard one, man. There’s a bunch of those. I like Copa (Cabanga), I like Grind Date — I like a lot of them. There’s history behind how those records came together so it’s hard to say.

TRHH: At some point J Dilla wanted to do an album where he emceed and enlisted his favorite producers; you were one of them. What was it like working with J Dilla on The Diary?

Supa Dave West: J was a creative like myself. He liked me ‘cause I didn’t sound like him. Im’ma be straight up. I didn’t sound like him and I had my own thing that he appreciated. When he heard my shit it made him wanna go to work. We talked about the concept and we were inspired by each other. It was a beat tape that I sent him where I was needle drop sampling — It was real raw, unconventional, and brand new. He liked everything on that beat tape. He thought it was real innovative. I think he demoed up like 2 or 4 of them. It was just general camaraderie.

TRHH: You also worked with another legend that has passed on, Phife Dawg. What was it like working with Phife on his Ventilation LP?

Supa Dave West: That was just dope. Phifey was just vibrant. He was just walking with the Hip-Hop shit on his back. He just lived like that. It was fun because he vibes in all kinds of different ways. He was very culture-driven and came with a bunch of crayons in his box. That was just fun in general. We know each other from the neighborhood – that’s a whole ‘nother history.

TRHH: What advice would you give to aspiring producers trying to get into Hip-Hop right now?

Supa Dave West: Stick to your guns. Stick to what really resonates with you. I wouldn’t want them to neglect what they’re inspired by. People’s opinions are whatever. People have an opinion about this generation of Hip-Hop as opposed to mine. It’s jazz musicians who have a perspective on what we were doing and how crazy that sounded. I would say for them to stick to their guns and try to be original. Try to do something in there that’s signature. Try to change the world somehow musically.

TRHH: Is there a dream artist that you’d like to work with?

Supa Dave West: On the production tip I would love to work with a Quincy Jones or a Nile Rodgers. Those are heroes of mine. Primo, I’d like to sit down and get some tips from Primo – that’s a hero of mine. As far as emcees maybe like KRS-One just for that blatant Hip-Hop culture in your face type of shit. I feel like I could be real B-Boy and uninhibited with somebody like KRS-One. Definitely Jay Electronica kind of for the same reason but in a futuristic way. And definitely Jadakiss, I like Jadakiss.

TRHH: He gets busy, man.

Supa Dave West: I like Jadakiss for the same reason I like Westside Gunn. His voice is crazy.

TRHH: Will we hear a sequel to Beat Boxing?

Supa Dave West: Yeah, Spit Boxing. That’s on deck. I was thinking about doing a live version of Beat Boxing between that live in studio just to exercise the musicality side of me. I know how to blur the lines with that in terms of how the music sounds and not sounding jam-bandy. Outside of that an album called Digital Native, which is a solo full-length album. It’s some guests, but it’s my album. That’s the first thing on deck.

TRHH: When will we hear that?

Supa Dave West: Probably toward the top of the year – a single with a video.

TRHH: You’re rhyming on this?

Supa Dave West: Yeah, I spit. I come from the family tree for real. Half of that is about that. How do you really test out a beat if you can’t really have insight from a different perspective? It all kind of ties in. I’ve been refined in that way just being around the best emcees and seeing how their process works and realizing a lot of that is cousin to my same process. It’s just time. It’s kind of like the butterfly thing. It’s time for me to go there. It’s been in me for a minute. This will be my first installment. It’s some pass the baton type of shit. I’m a cousin to the Native Tongues, I’m not original Native Tongues. I’m still a fan of the Native Tongues, just the digital side of it. I’m just speaking on where the technology is going, not specifically, it’s just a play on words. This is me lending to my side of that tree.

Purchase: De La Soul – and the Anonymous Nobody

Sherron Shabazz is a freelance writer with an intense passion for Hip-Hop culture. Sherron is your quintessential Hip-Hop snob, seeking to advance the future of the culture while fondly remembering its past.
View all posts by Sherron Shabazz →
This entry was posted in interview and tagged and the Anonymous Nobody, Dave West, De La Soul, Digital Native, interview, New York, Pain, producer, Queens, Supa Dave West. Bookmark the permalink.