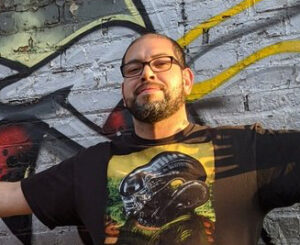 The Real Hip-Hop talked to Da Cleaver about changing his rap name, working with producer Restless M.I.N.D., and his new album, Underground Crown.

Da Cleaver: That name, I had it for like two years. It was already in my head like, “my next album will be called this.” That’s pretty much it. I really didn’t think too much of it. Ruling the underground.

TRHH: How did you hook up with Restless M.I.N.D. to do this album?

Da Cleaver: He’s from the Netherlands. He’s a German cat that I met in 2017. We did a project “Global Rap Revolution.” It was started by some cat Street Orphan from the UK. He got a whole bunch of rappers like people from the Midwest, I’m from New York, some down south guys, the UK, everywhere. We did two songs with his beats on there and we just really connected. It was good chemistry, good records, and definitely some positive vibes on there. They were positive records talking about upliftment and people empowering themselves. We are the answer.

Just to answer your question, we had the chemistry, he sent me some beats over, and I was like, “Yo, I just want to make an album out of this.” That’s how we did it and in that process, we also started another project that should drop in the fall, close to the winter time. It’s called “The Remedy.” It’s also with this other guy called Space Kase. We just started a group and did two projects simultaneously. That’s when the Underground Crown was birthed, in that process. We just linked up and never looked back. We just kept working together as a unit.

TRHH: On the title track you say you stepped away from the game and are unappreciated like Tim Duncan. What brought you back to the game and what keeps you doing it?

Da Cleaver: It’s definitely the love, man. I just love this. I love to put myself in this whole process. It just keeps me going. I’ve stepped away so many times, it just happens. In the beginning you just take that criticism a certain away and as you keep growing you just have to accept it. I had a lot of time to reflect, but once I really started doing it again in 2014, I’ve been going ever since. I started recording in 05-06 just recording and bullshitting. Then I started really trying to construct songs. We had a group called Larceny and made a little team. We had that going, but when there are other individuals involved and stuff happens the shit falls apart sometimes. That’s basically what happened, and at that time I feel like I was writing the most. I was in beast mode writing, writing, writing, writing! Something happened with my friend, it fell apart, and I stepped away for a minute. I became a father at the same time. At the time my girl would be like, “You’re wasting your time. You have a family to support.” That’s how it is though. She was pregnant at the time and I was putting more into music.

TRHH: Does she support you now?

TRHH: I get it. You’re supposed to take care of your family, but you also shouldn’t crush people’s dreams either.

Da Cleaver: Yeah, we were young at the time. You’re just trying to find yourself. This is something that has never left me. From Das Efx is when I really started getting into Hip-Hop. My older cousins would let me dub tapes. Onyx Bacdafucup, and when I heard The Chronic that really blew my mind. That was the tape I had to hide from my mom. I’m like 7-8 with this tape.

Da Cleaver: Oh, so you got to experience it.

Da Cleaver: That’s like my older cousin. He was around that age. He was in high school when it came out. That’s what keeps me coming back. It’s just embedded in me. I’m grateful that you reached out to me and heard the album. That’s what I want – for real Hip-Hop heads to be studious, on it, and really break the shit down.

TRHH: Definitely. You have a song with Ché Noir called “Use To It.” How did that collab come together?

Da Cleaver: What’s funny is, I’ve had that record for a while now. I’ve had it since the spring of 2020. I reached out to her. I saw that she was on the come up. She’s hungry and I wanted to do an anthem, so, that’s what I did. I wanted to do a New York anthem. I’m not from the city, she’s not from the city either, but we still represent New York. It came out perfect. I reached out to her, it was a good deal for the verse, so, I said let’s do it. I locked it in and constructed a record with her in mind. I surfed beats and sometimes that’s the mode that I get into.

I have a project called “Chemistry” that I dropped in 2018. It was more of a compilation. I feel like putting my Dr. Dre hat on and figure out what artists would go well on certain beats, select them, and that’s how I went with Ché Noir. This is the beat, boom, I did it, I sent it to her, and she sent her verse back. I had it for a while. I dropped it last year as the lead single for the album and it’s still getting love. People big that record up still. That’s how it came about. I wanted to trade bars with somebody on the come up. I like her style.

TRHH: Are you retiring the name “Da Butcher” due to Benny the Butcher?

Da Cleaver: Little small complications to that. It’s kind of like a re-brand. I’m going as Da Cleaver from now on just because I’ve seen people in the comments say, “That’s not Benny” or “He put out that name to get hits.” I just decided to find another way around it. I’ve had the name since ’08. In 05-06 I was originally Abdullah da Butcher.

Da Cleaver: I don’t know. My style was like the wrestlers’ style. He would come and poke people. He was just dirty and hardcore. Originally, that’s what a lot of my shit was. I was a really dark and a little on the hardcore edge. That’s why I went like that. In ’08 I just said let me go as Da Butcher.

TRHH: On the song “Rain” you speak about losing your father and maintaining for your children. How were you able to cope after the loss of your dad?

Da Cleaver: It took me forever to write the last verse. I probably had it for six months just sitting there. I was like, “Yo, I gotta finish this. This has to happen.” The second verse just manifested. Creating this album definitely helped me through it. Just trying to function every day doing my work, my wife has been very helpful and supportive in getting me through this. It’s been tough. It’s only been a year too, so, it’s a deep subject. There are so many little things around it, too.

TRHH: It’s one of those things that I like to ask because people need ideas. I lost my father in ’09 and I’m just not the same person anymore.

Da Cleaver: That’s how I feel.

TRHH: It changes you, man. Sometimes you just don’t know how to cope. You’re just stuck in grief. I like to put out there whatever someone else might do, because it might inspire somebody. It’s tough. My condolences because I know how bad it is.

Da Cleaver: I appreciate it, man. Thank you.

TRHH: You’re welcome. Who is the Underground Crown album made for?

Da Cleaver: It’s made for the true Hip-Hop heads that grew up in that golden era. It’s for those who want something different besides the drug dealing, banging, and all that stuff. Some of that stuff is good, but at the end of the day what are you really in-taking? What’s the information being processed into your mind? You’re listening to it constantly, especially when they’re dropping the same album every other month. That’s why it’s definitely for the true Hip-Hop heads that are from the essence. The people that love good vibes and thinking, besides just doing damage to somebody else.

Sherron Shabazz is a freelance writer with an intense passion for Hip-Hop culture. Sherron is your quintessential Hip-Hop snob, seeking to advance the future of the culture while fondly remembering its past.
View all posts by Sherron Shabazz →
This entry was posted in interview and tagged Agua, Brentwood, Da Butcher, Da Cleaver, interview, Long Island, Netherlands, New York, Rain, Restless M.I.N.D., Underground Crown, Use To It. Bookmark the permalink.