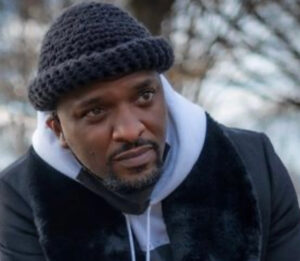 Philadelphia emcee Dell-P continues to make a name for himself in the business of rap. His no-nonsense, yet clean creations have caught the ear of many notable personalities in Hip-Hop. His music also continues to grow as he garners more everyday fans. Dell’s latest release “The People’s Emcee” speaks to his rise in rap.

Dell-P spoke to The Real Hip-Hop about his issues with major media outlets, working alongside rap legends, and his new album, The People’s Emcee.

Dell-P: Man, just from birth, man. I’ve always been the same person to everybody I meet. I don’t care if it’s the CEO, I don’t care if it’s the janitor. You’re going to get the same respect, you’re going to get the same loyalty if you’ve been family or friends since I was a kid. It’s just me, man. I never fold up on anybody no matter what the opportunity is, Im’ma be the same boy. As far as in the music, it just attracts all ages, 8 to 80. So, that’s why I was saying I’m the peoples emcee.

TRHH: My favorite song on the album is “Goodnight.” You have a line where you say, “They promote these bozos, but ignore the GOAT’s.” Who are you referring to that promote bozos and why do you think they ignore the GOAT’s?

Dell-P: All right so, Im’ma say these media outlets — that’s what I was talking about. We ain’t going to pinpoint which one because it’s multiple. They’d rather talk about the gossip. If you think about it, a lot of these media sites, unlike yourself, they’d rather promote the tea and the beef instead of actually promoting the person’s music or what they got going on. So, that’s why I said they’d rather promote the bozos and ignore people that’s really out here doing it for the culture, that’s really giving bars, and giving inspiration to these youngins.

If you peep it, even YouTube, they will flag you if your message is revolutionary, but let the opps and all that fly, no flag. It was songs I couldn’t advertise because this message is threatening, I’m like, what? I had Ramona Africa from the MOVE 9 in my video. I had to remove her because she talked about surviving a bombing that people did to her. So, that lets you know what we’re up against. Like I said, they promote the bozos but ignore the GOAT’s — those people that’s really out here trying to unify the people.

TRHH: On the song “Don’t Forget the Hyphen” you say “Wait ‘till I get the platform that Cole and Kendrick got.” That’s a platform that few artists in Hip-Hop have; is that a real goal of yours to leave being independent for a major label look?

Dell-P: No, the thing I mean is like for all these major outlets to actually put me on. I don’t care about the deal, bro. My goal right now is placements, touring, and acting. If a label ever come at me it’s got to make sense. It really gotta make sense because I’m on a good distribution. Shout out to Rob Schwartz, Who?Mag, The Orchard. They’re one of the biggest independent labels in the business so, you know, I’m blessed.

TRHH: You worked with Speech on the Arrested Development album and he featured on the song “Unconditional” from The People’s Emcee….

Dell-P: That’s actually our third song together. Shout out to my brother Speech. Yeah, we did “Swing Um” that’s on their album For the FKN Love, then we’re on the album for my man DJ Views overseas. He got the album about to come out, it’s called “Gizmo Produktionz” but the first single was me and Speech “Global Moves.” So, shout out to DJ Views for putting that together. Me and Speech we done formed a bond, man. He takes me out on tour with him. I asked would he do the pleasure of collabing with me on my album. He said, “What? Send it!” I sent it, he loved it, and he did his thing on it, man. And shout out to Mike Burton also. Great, great spoken word. Unconditional, that’s one of my favorites on the album.

TRHH: How did that relationship come about and what was it like working with Speech?

Dell-P: So, shout out to my brother David Banner. You know me and David Banner have a song called “Unapologetic” that we did back in 2018 for my album Wordsmith. He was in Philly and Kindred and the Family Soul had a platform called Kindred Presents where they interview legends. So, this particular night it was David Banner, it was Michael Eric Dyson, and it was Speech. So, in the middle of David Banner’s interview they’re talking about the industry or whatever and he like interrupts him and says, “Shout out to Dell-P, y’all next star coming out of Philadelphia.” This is in front of a sold-out crowd and the crowd went crazy.

So, Speech seen me after the interview and was like, “Oh, you’re Dell-P.” He was like, “All right, when we come back out to do our anniversary concert we’re going to bring you out to perform. This was for their first album, they did it at World Cafe Live, and mind you this is when the Eagles won the Superbowl, so the city is on fire! So, when I came out with them I rocked it. After that, every time they came out to the tri-state they’ll call me and say, “Listen, we want you to come rock with us if it’s Jersey, Philly, or if it’s Pittsburgh. So, we got a good relationship, man. Shout out the whole Arrested Development movement for the love and support.

TRHH: How were you able to get Steady B to spit something on the album?

Dell-P: Crazy, man, crazy. So, I’m from West Philly, the same neighborhood as Hilltop Hustlers, the same neighborhood as Da Youngsta’s, same neighborhood as Schoolly D. His situation right now, he’s locked up for life. Coincidentally he’s locked up with somebody who’s near and dear to my heart — my partner Donnie Boy, his older brother Reem, who treats me like a little brother. They buy all the music and always talk about me up there and one day he was letting Stead hear me. Stead became a fan of my music and every time I talk to Reem I talk to Stead. I said, “For this album I want y’all to be heard. I want y’all to talk to the youth give them some jewels.”

They can listen to somebody that’s out here in the street that ain’t never been in that position. I think they would receive the message more if it’s from somebody who’s actually on the bad end of the stick. A lot of these emcees, not even emcees, a lot of these rappers out here glorify a certain lifestyle and don’t talk about the repercussions of it. So, that’s what I wanted to get across on the album. And the crazy thing about Steady B is, I grew up looking up to Steady B, Cool C, Da Youngsta’s, EST, so to have his blessing and to have him say he listens to the music every day that that’s just like a full circle moment. I remember looking at Serious, I Gotta Habit, and Glamorous Life on The Box. So, yeah, man it’s dope when people you were fans of have become fans of you.

TRHH: On the hook to “Carry It On” you say, “One time for Hip-Hop, two times for peace.” It seems like Philly has experienced a surge in violence lately. What do you think is needed to bring about peace in Philly and in other major cities?

Dell-P: Yeah, man, for sure. A lot of major cities are going through the same thing and that’s why I made it a mission to put like an anthem type of hook for that “Carry it On” song. One time for Hip-Hop, two times for peace, that’s real. I was paying homage to my late, great DJ Ant Live who if it wasn’t for him this album wouldn’t exist, because he introduced me to Trac-Qaeda and they produced the whole album. Another thing about the death of Ant Live is, his birthday is October 8th, mind you he died June 21st of this year, right. So, on October 8th, that’s his birthday, I lose my manager on the day of Ant Live’s birthday.

Can you imagine that? Two big pieces to the movement I lose right before the album. They’re being more motivation — two more angels, and a reason for me to carry it on. And shout out to the legendary Peedi Crakk because Ant Live actually was the DJ for Peedi Crakk before he ever dropped on a major album, you know the State Property Chain Gang joint. He was bringing out mixtapes called the Crakk Files and Ant Live was his DJ. So, Ant Live deejayed for me and Peedi Crakk, so, that’s why you got that “Goodnight” joint. For sure, that means a lot.

TRHH: What do you want people to take away from The People’s Emcee?

Dell-P: Man, I just want people to understand that no matter what’s going on, no matter what’s the trend, you gotta be yourself. That’s what’s gonna make you the people’s emcee; being yourself, being comfortable in your skin, and just living in your purpose. That’s what The People’s Emcee is about, living in your purpose, celebrating the culture, celebrating black love. I dedicated a song to my wife that I got married to on March 20th. I had to do that, so shout out to my wife Zaina. Make sure y’all support her business, Zayshea. She got the best shea butter on the planet, bro. And shout out to my man Son of the 215 for the collaboration on that joint.

I want to shout out everybody that supported the album — that’s my man Son of the 215, 4everTaylorMade, Teef, Jay Reezy, Mel Austin, Michael Burton, of course the legendary Speech, the legendary Peedi Crakk, my man Big Reem — free big bro Reem. Free the legendary Steady B. Big shout out to Trac-Qaeda for holding it down! I mean, they killed the album, man. But yeah, man I hope you enjoyed the album like I did. Because we really put our heart in the joint.

Sherron Shabazz is a freelance writer with an intense passion for Hip-Hop culture. Sherron is your quintessential Hip-Hop snob, seeking to advance the future of the culture while fondly remembering its past.
View all posts by Sherron Shabazz →
This entry was posted in interview and tagged Carry It On, Dell-P, Don’t Forget the Hyphen, Goodnight, interview, Pennsylvania, Philadelphia, The People’s Emcee, Unconditional. Bookmark the permalink.