Posted on November 9, 2015 by Sherron Shabazz 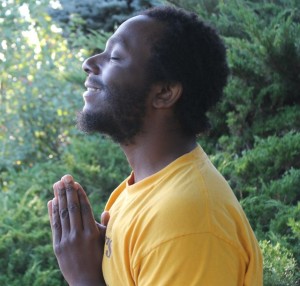 Photo courtesy of Rappers I Know

Denmark Vessey is one of Hip-Hop’s most creative artists. His music integrates humor and humility while still being hot. Vessey drops knowledge without being preachy, and makes the listener look beneath the surface to unearth his many gems. Vessey’s latest EP, “Martin Lucid Dream” continues that trend.

Denmark Vessey spoke to The Real Hip-Hop about the humorous nature of his rhymes, his writing and producing aspirations, and his new EP, Martin Lucid Dream.

TRHH: What’s the meaning behind the title of the new EP, “Martin Lucid Dream”?

TRHH: That’s interesting. We’ve seen more blatant racism during President Obama’s administration than I’ve ever seen in my life. Why do you think that is?

Denmark Vessey: Yeah. It’s a lot of reasons. One might be because of the internet. The anonymity that it gives people and allows them to say and do things that they always really wanted to do without any repercussion. Also, the blatant racism from Donald Trump, Ben Carson, or from anybody, I just think everything is so extreme and in your face right now – everything – beautiful stuff and horrible stuff, too. I think that’s the nature of the time. Everything is right in your face and you can’t escape it, or you can really escape it. Right now seems like a very extreme time. If you are racist you can be super-racist [laughs]. If you’re jaded, then you can be super-jaded. It’s just the nature of the times right now in my opinion.

TRHH: Tanya Morgan joined you on the albums title track; how did you link up with those guys?

Denmark Vessey: Basically through Quelle [Chris]. Quelle is the homie. He did some stuff with them. Quelle is always like, “Check out the homie, Denmark.” We have a mutual respect. I rock with what they do, and they rock with what I do. I did the song and thought who could be dope, relevant to this, funny, and best reflect that song? Donwill and Von Pea, man. They always come with some witty material. I sent it to them, they knocked it out and the rest is history as they say.

TRHH: You touched on the funny aspect and you throw some humorous lines in your rhymes sometimes. Is that something that comes naturally or is it premeditated?

Denmark Vessey: I like to have fun, man. I think the world is funny. A lot of stuff is funny. I have my own type of sense of humor. I’d much rather be laughing and joking around than thinking about horrible stuff. Since horrible stuff is definitely a real thing how can I lighten up just for me? Or maybe make somebody else chuckle a little bit, too. I’m not trying to preach anybody’s head off because I got a lot to learn myself. Whatever inconsistencies that I peep I try to throw that in the music. That’s the type of person I am, that’s why I try to inject that in the music.

TRHH: You produced half of the EP and I had no idea you made beats. Do you enjoy producing as much you do emceeing?

Denmark Vessey: Yeah, man. I kinda wanna do that more than anything. Opportunities present themselves where someone else raps and I do the beats and we go to a label and see what we can do. When that presents itself that’s cool. I’ve been producing as long as I’ve been rapping. I got stuff from Danny Brown — I was on The Hybrid album. I’ve worked with a number of people. I think I make beats as good as I rap, honestly [laughs]. Maybe better. I came out with The Gift, the House Shoes joint. House Shoes released a series of beat tapes. It was me and a couple of other cats. It was like ten volumes and I did one. I enjoy producing a lot. Expect some more from me in the future, too.

TRHH: What’s your set-up like? What equipment do you use?

Denmark Vessey: Just a laptop, an Akai MPK mini, nothing crazy. I just started messing with Ableton, I was on Fruity Loops.

TRHH: Do you prefer Ableton to Fruity Loops?

Denmark Vessey: I love both of them. I’ve been on Fruity Loops for a long time. I used to be on the MPC, then I moved to Fruity Loops. After all the clatter about Ableton I started messing with that. It’s really dope. I like to be as versatile with as many interfaces as possible.

TRHH: Speaking of versatility, you did some singing on the song “Chemtrails”, which also surprised me. Is that something new for you?

Denmark Vessey: As far as letting people hear it, yeah. I’m not a crazy singer or anything like that. That was just me being like, “Why not?” It’s tons of people out here who really can’t sing that good [laughs]. Why not? I really do want to be a producer and I feel like I can write songs, so that was kind of like a demo for me to write a song for somebody in the future. It turned out how it turned out. I think it was an honest song, so that’s the most important thing. I was trying to challenge myself. I’m not known for singing so I was just trying to challenge myself.

Denmark Vessey: Thank you, thank you.

Denmark Vessey: It was a point. It was a definitely a point. I don’t want to seem like I’m crazy or anything but everybody has really wack thoughts sometimes like, “What the hell? That was a horrible thought!” When I was in my late teens/early 20s I started reading books about how it’s a normal thing and you can control and master your thoughts. I started thinking a little more positively about things. Be real with myself about things that are going on but also there are things that I can control and things that I can’t control, so think positively about things that I can control. Everything else is back to the humor thing where you kind of just laugh it off. Think Happy Thoughts was like it being a fire everywhere in the kitchen and I’m in denial about the fire with a smile on my face. It’s like somebody saying, “Relax and think good about this stuff,” even though there’s a whole bunch of shit around me. It’s more like an appeal or someone saying, “Think happy thoughts, regardless of what’s going on. It’ll be okay, just think happy.” That’s what that song was about.

TRHH: What’s next up for you? What do you have coming up?

Denmark Vessey: I got a lot of stuff coming up, man. I got some feature work with this group called “Buy Muy Drugs” coming out that’s pretty dope. I got a project coming out with somebody from Mello Music. I don’t wanna spill the beans too much, but it’s pretty dope though. After that I got another EP coming out next year with this cat named Soul Theory. Me and Quelle got some Crown Nation shit coming out. I got about three projects in the pipeline right now. I’m trying to stay busy, bruh.

TRHH: Will there be a sequel to Cult Classic?

Denmark Vessey: Perhaps, man. I talked to Scud [One] yesterday. Me and him spoke briefly. Maybe it might be a Cult Classic II, I don’t know, man [laughs]. We’ll see.

Sherron Shabazz is a freelance writer with an intense passion for Hip-Hop culture. Sherron is your quintessential Hip-Hop snob, seeking to advance the future of the culture while fondly remembering its past.
View all posts by Sherron Shabazz →
This entry was posted in interview and tagged Chemtrails, Chicago, Denmark Vessey, Detroit, Don’t Smoke K2, interview, Martin Lucid Dream, Rappers I Know, Think Happy Thoughts. Bookmark the permalink.