From the Vault: Just Blaze

Posted on September 6, 2021 by Sherron Shabazz 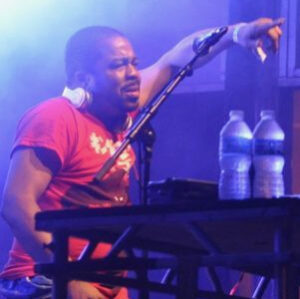 In the summer of 2013 I had the privilege of interviewing one of Hip-Hop’s greatest producers, Just Blaze. The man behind hits for artists like Jay-Z, Kanye West, Cam’ron, Kendrick Lamar and Eminem performed at Chicago’s North Coast Music Festival following torrential rain pour. Despite being soaked and trudging through mud, festival-goers enthusiastically enjoyed Just Blaze’s DJ set

Just Blaze blessed fans with an eclectic 45-minute set that featured selections from his Roc-A-Fella days, classic Chicago house music, and his foray into electronic music with Baauer, “Higher.”

The Real Hip-Hop chatted with Just Blaze after his energetic set at the 2013 North Coast Music Festival. Enjoy.

TRHH: How do you feel your set went tonight?

Just Blaze: I had a good time tonight. I don’t really think about it too much. I just go out there and do what I do and hope the crowd feels the same way I do at that time.

TRHH: Has the success of “Higher” brought new fans to Just Blaze?

Just Blaze: Definitely. I’d say there are Just Blaze fans pre-Higher and post-Higher. It’s great. I’ve been making music since I was damn near born. For me to be a producer and be on my sixteenth year making music is a blessing. It’s not many people that can say that they’ve done that. You have me, Tim, Pharrell, Swizz, and Kanye. I’m probably forgetting somebody but those are the main ones. I’m not equating myself to any of them but we are the few that have made a career out of this. You have a lot of dudes that are in and out in two or three years. I’ve made a career out of this. I’m on sixteen years and I’m appreciative of it. I’m appreciative that somehow, I’ve always found a way through the years to capture a new fan base and continue to remain relevant in some space and still make a living doing what I love — to me that’s all that matters. It’s not about making a ton of money, even though I do well. My family is taken care of, I’m taken care of, and that’s all that matters to me.

TRHH: Do you prefer deejaying or producing?

Just Blaze: I love ‘em both. Producing and deejaying are two different outlets to the same creativity. When I’m in the studio I get to create and go through my process. When I’m on stage I get to share the results of that process with everybody. It’s two different experiences but they both go back to the same thing and I love them both.

TRHH: Are you still using hardware to make beats or have you moved to software?

Just Blaze: People always ask me that question and no disrespect to you, it’s actually not a well-informed question. Even when I was using an MPC an MPC ran on software. If I was using an SP-1200 an SP-1200 ran on software. If I was using an ASR-10 an ASR-10 ran on software. The whole phrase “EDM” which stands for electronic dance music, I don’t dig it. We’ve been making music electronically damn near since day one. You can dance to Hip-Hop the same way you can dance to house and trance but they don’t necessarily classify Hip-Hop as EDM. I just don’t like that phrase. At the end of the day, it’s all electronic and it’s all made with hardware and software. Whether your hardware is a laptop and your software is Ableton or Logic or your hardware is an MPC and your software is the operating system, at the end of the day who cares what you’re using? Just make it good.

TRHH: You’ve worked with some of the greatest emcees of all-time from Jay-Z, to Common, and Eminem. Is there an artist that you’d like to work with that you haven’t had the chance to yet?

TRHH: You have a joint on the new Tony Touch album called “Slaughter Session” with Slaughterhouse that’s crazy. How’d that song come together?

Just Blaze: Tony’s like my big brother. He’s somebody that I grew up listening to. I’ve had the fortune of befriending a lot of my idols in a positive way. Tony is one of them. It wasn’t about the music. We get along personally. When he told me, he was doing the new album it was no question. Obviously, I have a great relationship with Shady from my work with Em. I was one of the first people to ever work with Royce when he got a record deal back in the 90’s, same thing with Joe Budden. It’s a no-brainer.

TRHH: What’s next up for Just Blaze?

Just Blaze: I don’t know. I don’t have a plan. Stay tuned. I’ll figure it out the same time you do.

Sherron Shabazz is a freelance writer with an intense passion for Hip-Hop culture. Sherron is your quintessential Hip-Hop snob, seeking to advance the future of the culture while fondly remembering its past.
View all posts by Sherron Shabazz →
This entry was posted in From the Vault, interview and tagged DJ, From the Vault, Higher, interview, Just Blaze, New Jersey, North Coast Music Festival, Paterson, producer, Slaughter Session. Bookmark the permalink.