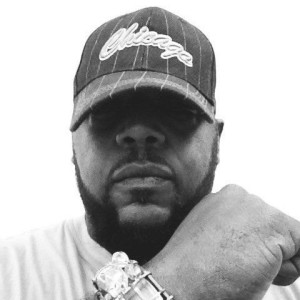 Chicago emcee Precise  dropped a new EP this week titled Ladies Love Mixtapes. The EP is geared toward women but relatable to men with stories of love, lust, and loss. The project is produced by Tye Hill, Crankz, D.J. Thunder and Precise himself.

To celebrate the release of the project The Silver Room in Chicago, Illinois will host “Love Sessions”, a listening session of the Ladies Love Mixtapes EP with Precise on May 24.

The Real Hip-Hop spoke to Precise about the Chicago rap scene, his style of music that he calls ‘Adult Hip-Hop’, and his new EP, Ladies Love Mixtapes.

Precise: Actually I was having a conversation with Kevin Maxey of CTA Radio on WHPK one day. We were talking about the change in music and he mentioned a discussion he had with someone who said that lawyers and women killed Hip-Hop music. I thought about that and I was like, I can kinda understand why lawyers with all the sample laws and licensing and all that stuff. But then from my perspective the reason that someone would feel that women killed Hip-Hop is because we really haven’t involved them in the process of this culture. Meaning that from the perspective of rap music we don’t really create music for them or that caters to their sensibilities. That gave me the idea to create the Ladies Love Mixtapes. The EP is centered around stuff that I think women are drawn to — conversations about relationships, conversations period.

TRHH: How many of the songs on this release come from personal experiences?

Precise: Wow, all of them [laughs]. That’s a great question, bro. Every single one of them come from personal experiences. The way that the album is, I do want to touch on the women’s sensibilities but in terms of where it’s coming from, it’s coming from me and all the experiences I’ve had when it comes to women and relationships.

TRHH: Talk a little about the single, Take Our Time (Right Away).

Precise: Take Our Time (Right Away) was produced by Tye Hill and D.J. Thunder. The way that the album opens up I’m chilling with Tye at a club and I’m telling him how I just got out of a relationship but then this woman catches my eye and I approach her. Just to play on words we really don’t want to rush into anything, but we don’t want to waste our time moving too slow and letting the feeling pass.

TRHH: Do you have a favorite song on the EP?

Precise: I don’t know if I have a favorite song ‘cause I like them all, but I like ‘I’m Dreaming’ and I like ‘Let Go’ – that one comes from a real personal place.

TRHH: Was it important for you to show that there is something else coming out of Chicago other than what’s been promoted recently?

Precise: Man, I’m so happy that you asked that question. I was just reading an article out of the Chicago Tribune where they were talking about the demise of Drill Music and how it’s taken its course. I think Chicago has always been a melting pot in terms of what comes out of the city. Part of my motivation is really to shine a light on a different aspect. I’m an adult so I label what I do as adult Hip-Hop. When you become a person of a certain age your subject matter changes so it really doesn’t matter how many cars and stuff you got. It’s more about your personal experiences and the experiences you have with others and the challenges you may have as you get older and grow in the world. To answer your question, yeah, that is part of that to shine a light on a whole ‘nother perspective – on something that hasn’t been given much light at all.

TRHH: What’s your take on the whole Drill scene?

Precise: I think it was birthed out of a struggle. I don’t think it was an accident but at the same time I think it’s been exploited. Chief Keef’s name is in the news every day and it’s never about his music. Again, it’s kind of a blessing and a curse. The reason why I say it’s a blessing is because the spotlight is on Chicago. All of these people dying every day and getting shot every day, come on, what you gon’ do about it? This has to wake up the minds of individuals who aren’t paying attention to what’s going on here in Chicago and the Drill music is the voice of that.

TRHH: What’s your take on the violence that we have in our city? Nationally we’ve become a joke. I see people on Twitter joke about how terrible Chicago is and it’s embarrassing and sad.

Precise: Sherron man, it is embarrassing. To have to answer a question like that for one of the most beautiful cities in the world it can be embarrassing, but at the same time it’s just a glimpse of what’s going on around the world. There are people getting killed in Syria right now. There’s people getting killed in Russia right now. At the same time even from the perspective of news coverage, there is more coverage of what’s going on over there than in Chicago every day. The reputation that Chicago has is really up to us to reshape and reformulate how wanna approach this and how we want our city to be seen. It’s in our hands.

TRHH: Back to the music, who is Ladies Love Mixtapes for?

Precise: Ladies Love Mixtapes is essentially for the ladies, number one. It’s also for; I’m going to coin a genre right now, Adult Hip-Hop, for those people that don’t wanna hear the gun shots and the loud drums in every song. It’s kind of a laid back spring time feel. I specifically chose the spring to drop it because I feel like that’s what it is. It’s a spring album to bring some rejuvenation and some chill out – it’s a chill mode kind of release.

TRHH: What do you hope to achieve with this project?

Precise: I hope to bring in some more supporters from the female species. I really wanna be able to branch out internationally with this release in terms of a different kind of sound coming from Chicago. I just want to shine a light more on what Precise is doing and how versatile I am an as artist and a songwriter.

TRHH: What’s next up for Precise?

Precise: I’m working on a few different projects. I’m working with a gentleman named Dray-Yard from Belarus. The Anti-Skinny Jean LP is officially dropping in July. That’s with Rkitech, Keith Murray, and Stat Quo. Rkitech is a producer from Long Island, New York. He’s worked with EPMD, Mary J. Blige, and those sorts of individuals. We’re dropping that in July and the single that I’m on is called ‘The Feeling’.

Sherron Shabazz is a freelance writer with an intense passion for Hip-Hop culture. Sherron is your quintessential Hip-Hop snob, seeking to advance the future of the culture while fondly remembering its past.
View all posts by Sherron Shabazz →
This entry was posted in interview and tagged Chicago, download, interview, Ladies Love Mixtapes EP, Precise, Take Our Time (Right Away). Bookmark the permalink.