Posted on September 3, 2018 by Sherron Shabazz 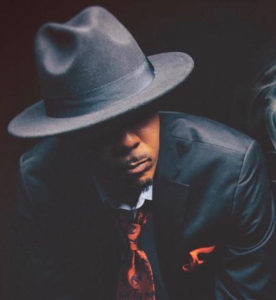 Joey Cool made a name for himself in Hip-Hop releasing projects and performing in his hometown of Kansas City. Cool caught the ear of Kansas City kingpin and Strange Music co-founder, Tech N9ne. In an effort to share Joey’s gifts with more listeners and further strengthen the Strange Music roster, Tech signed Joey Cool to his Strange Music record label where Cool released his self-titled album in 2018.

The Real Hip-Hop spoke to Joey Cool during Tech N9ne’s Planet tour about signing to Strange Music, the origins of his eclectic sound, and his new self-titled album.

TRHH: What has the Planet tour been like for you?

Joey Cool: It’s been dope, man. It’s been beautiful. Lots of good reception, crowds have been hella responsive, and big ass crowds every night. It’s a Tech N9ne show so a lot of them are sold out anyway. It’s been good. Every city has been pretty dope.

TRHH: What’s been your favorite city so far?

Joey Cool: Boston. We did the House of Blues in Boston and I got to perform with my grandfather for the first time. We did a song called “Family.” It was sold out too so it was crazy energy in Boston.

TRHH: Your album has a lot of different styles; was that done purposely or organically?

TRHH: How would you describe the Joey Cool sound?

Joey Cool: Shit, one of my aliases is Swank Sinatra. I don’t listen to a lot of rap music – matter of fact, none at all. I listen to a lot of old school shit like James Brown, Frank Sinatra, Nina Simone, Muddy Waters and shit like that. I try pull shit from that and keep a swanky, swanky vibe and a swanky affair any time I’m rapping, but I still try to have substance behind everything I say.

TRHH: What inspired the song ‘Under Pressure’?

Joey Cool: The guy who made that, Suli4Q, who is a producer and artist out of Kansas City, he made that track for me. That was actually one of the last tracks I recorded for my album. I went into his store one day and he was playing it through his speakers for me and said, “I got something for you.” He already had the hook down and he figured I could do something with that so it kind of worked out really well. I fell in love instantly when I heard it.

TRHH: What was the session like when you recorded ‘Hard’? Was there a competitive spirit with the verses?

Joey Cool: Actually Tech wasn’t there when we recorded it. Me and JL were there and we just had to go back and forth. We actually wrote it at a different studio and we took it to Strangeland and recorded it. We walked around blasting the beat for a good three hours. We were drinking and smoking. I would write my bars, JL would write his, and we would play off each other’s words. It was kind of a friendly competition thing.

TRHH: What led to you joining Strange Music?

Joey Cool: I’m from Kansas City too. I’ve been around the scene for a long time. Tech has been following me for a few years now. A lot of people know that my bro JL had a lot to do with me getting on. I was on tour with him doing support and rapping with him and shit. Tech saw me live one day at a little local spot in Kansas City and it was history from there. We did a show in Kansas City like two years ago and right after that show Tech and Dave Weiner were calling me and saying, “We’re going to put this shit in motion real quick.” About six months later I was signed.

Joey Cool: Just to make music that’s real and relatable. That’s the shit that’s going to last – the real shit, the classic shit, shit people can relate to. I definitely try to use that advice with whatever project I’m working on and I’m going to keep speaking the real shit.

TRHH: Who would you say the Joey Cool album is for?

Joey Cool: I really don’t know, man. I’ve gotten a good response from it from all types of people – a whole plethora of motherfuckers and shit. I guess it’s not one type of person in particular because it’s a little bit of something for everybody in there. Everybody keeps telling me it’s very, very unique. It’s a different album than Strange fans are used to.

Sherron Shabazz is a freelance writer with an intense passion for Hip-Hop culture. Sherron is your quintessential Hip-Hop snob, seeking to advance the future of the culture while fondly remembering its past.
View all posts by Sherron Shabazz →
This entry was posted in interview and tagged Hard, interview, Joey Cool, Kansas City, Missouri, Strange Music, Under Pressure. Bookmark the permalink.