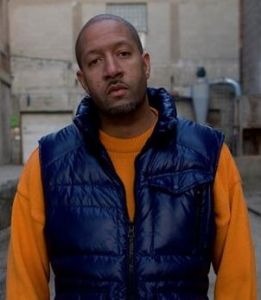 In the 1993 KRS-One song ‘Outta Here’ he spit the rhyme, “Some said all they wanna do is battle, they can’t write a song, so their careers won’t last long.” That line was in reference to KRS’ start in rap in the mid-80s, but it still applies to battle rappers of today.

One emcee who has attempted to escape from the battle rap box is Chicago’s Juice. Most known for his defeat of Eminem and subsequent victory in the 1997 Scribble Jam, MC Juice has gone on to release a handful of projects that show fans that he does more than freestyle. Juice is scheduled to release two new albums in 2014 titled ‘Bar’d Up’ and ‘It Is What It Is’ respectively.

The projects are coming during a tough time in Juice’s life. While relocating to California, Juice was stopped by police in Nebraska, had $22,000 in cash seized and now faces ten years in prison. Juice is asking for help from his fans via indeigogo to assist with his legal fees. A $25 donation will get you both of Juice’s new albums while helping him clear his name in the courts.

The Real Hip-Hop chatted with Juice about his upcoming projects, his place in Chicago Hip-Hop history, and the legal situation that could land him in prison for a decade.

Juice: People hadn’t heard from me for a while. I started exploring different types of production and experimenting with new flows and hooks. I wanted to be able to offer music that satisfied my core fan base and the new fan base I am acquiring.

TRHH: The new single ‘When I’m Around’ is hard. Talk a little about the concept for that song.

Juice: The song was modeled after MJ’s return to basketball after being gone for a couple seasons. It’s really about me coming back in the game and reestablishing my dominance in the city. Only the rappers I respect are allowed to live under that scenario, so yeah, it does go kinda hard.

TRHH: Do you think being noted mostly as a battle rapper has helped or hurt your career?

Juice: Primarily, it has hurt my career. Historically, battle rappers are like Hip-Hop’s version of the circus act. There are no records to sell, no publishing to get, very little merchandising, and except for a cat like Supernatural, very little opportunity to tour. In my case, people know I can write but they try to deny it to keep me in a certain lane. Then they won’t have to put me in the top of anything. I am blessed to be in a rare class of artists who can emcee and freestyle as well as write. I am the ultimate threat to the one dimensional prototype commercial rapper. I can do what they do but they cannot do what I do – period. In a way, being pigeonholed has helped me creatively because nobody knows the actual level of my songwriting ability. I dare say that no one will be expecting what I hit them with. I can’t wait to see people’s reaction when it drops.

Juice: It’s very fast when I am inspired. It just pours out. If I am not inspired, I write some of the worst stuff you will ever hear anywhere. It also takes me a very long time if the beat isn’t up to par. “For years, I would carry beats like Nick Cannon’s ex/Now I only write to the best quality tracks I can get.”

TRHH: What did you think when you heard about the kid from Arizona calling himself Juice?

Juice: I actually found it flattering. My guys, not so much though. I actually met dude at a show I did in Phoenix. At the time his name was Rugby. He hit me up on some Black Wall Street shit instead of on some Hip-Hop shit, but there was no tension. I’ve got some serious ties out there in Arizona so I wasn’t worried. Rugby basically told me he thought I was dope and shortly after changed his name to Juice. I don’t think he really knew that the name “Juice” means respect. I have built the name to embody a certain skill level and when he couldn’t reach that level it was basically over for him.

TRHH: Talk a little about the legal situation you’re dealing with.

Juice: Let me try to be brief; there are new laws that allow police to pull you over and take your money, valuables and/or property “legally”. These are called Civil Forfeiture Laws. In most cases you are not charged with a crime if you sign the money or valuables away to the police. The police department receives 80% of everything they seize and 20% goes to the US government.  My case is a little different though. Twenty two thousand dollars was seized from me and my lady. I threatened to sue and would not sign the money away so we are now being charged with illegal possession of money. We are each facing 10 years in a Nebraska prison. I have put together a fundraiser where people can buy my two new projects and support my cause. The money from albums sold will help me hire a legal defense team to beat the charges. People can go to www.helpmcjuice.com to help.

Juice: Well I used to equate my place here with the lack of commercial success I have had. So my list would have been as follows: Common, Kanye, Twista, me, and Lupe. After being out here doing shows and grinding I have to say that people generally think I am the #1 rapper from Chicago and the backbone of the Hip-Hop scene here as we know it. I am learning that respect for the art form outweighs commercial success in the hearts and minds of most people. I think I embody a dedication to and an elevation of the art form in a different way than a lot of other Chicago emcees.

Sherron Shabazz is a freelance writer with an intense passion for Hip-Hop culture. Sherron is your quintessential Hip-Hop snob, seeking to advance the future of the culture while fondly remembering its past.
View all posts by Sherron Shabazz →
This entry was posted in interview and tagged #HelpMCJuice, Bar’d Up, Chicago, indiegogo, interview, It Is What It Is, Juice, When I’m Around. Bookmark the permalink.