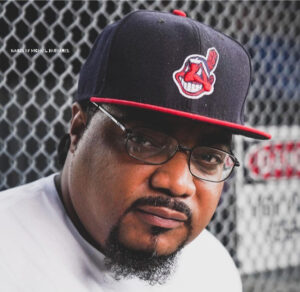 Emcee Lucky Tatt and producer Endemic Emerald teamed up for a new album called “Provenance.” The Big Apple residents deliver authentic sample-based boom bap with a conscious message from the streets. Provenance comes to us courtesy of No Cure Records.

Provenance is a 10-track album produced entirely by Endemic Emerald. The release features guest appearances by Josy and Planet Asia.

Lucky Tatt spoke to The Real Hip-Hop about working Endemic Emerald, the rebirth he experienced in his personal life, and his new album, Provenance.

TRHH: How did you link up with Endemic Emerald and decide to do an album?

Lucky Tatt: I met Endemic through True True. We just vibed out. Endemic was listening to previous material I had out. He liked what he heard, so we linked up and decided to put this project together. It came out good. I liked the beats and instrumentation that he presented. We just put it together like that. It was real organic. We worked in the studio together for a lot of the tracks.

TRHH: On the single “Answer to a Question” you have a line where you say, “We never did forget about the lashes on our back.” I feel like there are black people from generations after me who have forgotten about what our ancestors suffered. I’ve seen people say “Why bring up slavery? It was so long ago.” What do you say to those who think we should forget the lashes on our backs?

Lucky Tatt: I don’t think we should forget about it. I think we should use it as a fuel – as a means to be our better selves. Just don’t forget and teach the babies at home and whatnot. I’m going to be honest. I’m not going to sugarcoat it. I feel like we shouldn’t forget because we endured so much as a people. I feel like we should use it to fuel us and be our better selves, and also teach the next generation what happened. I think that’s our problem as a people; we lost track of our history and we don’t know where we came from and what we endured, therefore we don’t know which direction to go. So many other people are guiding us with their ideology. Don’t forget. Use it to fuel you to be your better self, what that means to whoever. And keep pushing forward for yourself and your family in a positive light. Nothing negative.

TRHH: I almost feel like there is a parallel with Hip-Hop on a much smaller level. There is a generation that doesn’t care to learn about what came before them, or they completely dismiss it. Have you seen that?

Lucky Tatt: I kind of really be to myself musically because I kind of get distracted easily by paying attention to what’s going on. Not so much saying that I don’t pay attention to what’s going on around me, but not letting it rent space in my mind. I kind of focus on myself and try to be a better me. To answer the question, me personally, I feel that not too many are paying homage to the forefathers of Hip-Hop. It’s cool. Maybe they don’t know, maybe they weren’t taught. For somebody that doesn’t know about it you can’t really be upset at them because they don’t know. I think you just have to each one teach one. I think that’s what it’s really about. Once they know, it will reflect in the music and their behaviors.

TRHH: The song “Second Hand” was different. I don’t think anyone in Hip-Hop has touched on that theme besides Macklemore. What inspired the song Second Hand?

Lucky Tatt: Like I said, the album is real personal to me. In my humble beginnings I wasn’t dirt poor, but I wasn’t rich either. When mom didn’t have it my cousin may have had something. I’d wear that leather jacket. They were hand me downs, but I made it my own just to shine and make me feel good. I was basically trying to display that what one person won’t cherish may be golden to the next person. Whether it be furniture, tools, whatever. Anything that’s tangible that can be given to the next person. They need it and they’ll cherish it, that’s basically what I was trying to display.

Lucky Tatt: One my favorites is “Transition.”

Lucky Tatt: It is and was my state of mind at the time. I took a loss prior to getting back in the studio. My mom passed away. This album is real personal to me. It felt like I took the loss and it was my beginning. It was a rebirth. My crutches were stripped away from me. The title of Transition is self-explanatory. That’s where I’m at with it now. I displayed it with my delivery and wordplay, metaphorically speaking.

TRHH: My favorite song on the album is “Welcome…” What was your reaction when you first heard the beat and how did you come up with the concept for the song?

Lucky Tatt: That’s a good question [laughs]. Can I ask you a question?

Lucky Tatt: What made it your favorite song?

TRHH: It was the beat and it’s talking about the hood. It was one that hit me like, “Okay, this is serious.”

Lucky Tatt: The beat kind of spoke to me. That’s what the beat pulled out of me to write. It was basically what I was exposed to earlier in the day. It kind of put me in that mind frame and that’s what I wrote about.

TRHH: Who is the Provenance album made for?

Lucky Tatt: I made it for me. But it’s made for whoever can relate to it. Provenance, even though I made it from a personal standpoint, there are people that go through the same thing. I’m not the only one that feels this way. You may not be able to relate to everything on there, but there’s something on there that everybody can relate to and they’re like, “You know what, he’s right.” Especially “Answer to a Question” in the climate we’re in. “Second Hand” down to the skits. Everybody’s got that older person, or it could be a younger person, that’s schooling them, giving them jewels, and putting them on to game. It’s all about the experiences and what you go through. Sometimes a young person goes through something that an older individual may have not went through. Age is not always a factor. It’s the experience and what you gain and learn from the experience. In Provenance I just spoke on what I endured and what I learned from. I let the people in on my thinking and put it in song for the people to enjoy.

Sherron Shabazz is a freelance writer with an intense passion for Hip-Hop culture. Sherron is your quintessential Hip-Hop snob, seeking to advance the future of the culture while fondly remembering its past.
View all posts by Sherron Shabazz →
This entry was posted in interview and tagged Answer to a Question, Brooklyn, Endemic Emerald, interview, Lucky Tatt, Lucky Tatt + Endemic Emerald, New York, No Cure Records, Provenance, Second Hand, Transition, Welcome. Bookmark the permalink.