Phoniks: Return to the Golden Era

Posted on September 20, 2013 by Sherron Shabazz 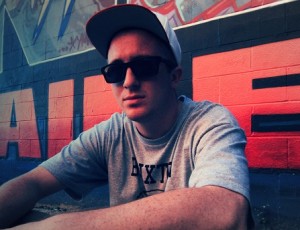 Gone are the days when Hip-Hop acts worked solely with their crew. The last few years have seen rappers join forces to record EP’s and albums together. Producers and rappers have also done joint projects giving fans a break from what their used to hearing from each artist. Sometimes these collabos work, most times they don’t.

One case of a collaboration working happened this summer when Virginia emcee Awon linked up with Portland, Maine producer Phoniks for Return to the Golden Era. The album’s title is fitting as Return to the Golden Era is a jazz influenced, sample heavy, boom bap album, with A+ lyricism and spoken hooks—the way rap music used to be.

The Real Hip-Hop spoke to Phoniks about connecting with Awon, his beat-making techniques, artists he’d like to produce for, and his new album, Return to the Golden Era.

TRHH: How’d you hook up with Awon to record Return to the Golden Era?

Phoniks: A few months ago I reached out to some of my favorite emcee’s looking to collaborate. I was a big fan of Awon’s debut album, Beautiful Loser and his work with New Zealand-based producer SoulChef, so he was actually the first person I hit up. He responded right away, telling me that he loved my sound and wanted to work on an EP together. We immediately clicked so well that we decided to do an entire album.

TRHH: What was the recording process like with you two being in different states?

Phoniks: It began with me sending a batch of 9 or 10 beats. I think we ended up choosing 7 of them for the final album. We both have home studio’s, so I could spend all day making a beat, send it off to A, and he’d spend all night writing and recording rhymes and we’d have a track done by the next morning. He’d e-mail the acapella back to me and I’d do the intro, cuts, final arrangement and mixing and mastering. I’d send the final mix back one last time and he would either approve it or suggest some minor changes until we were both happy with every track. It’s cool how the internet lets two people that are 700 miles apart collaborate like that. There were times where I’d send him a beat at 8 p.m. and get a track back at 11 a.m. the next day and I’d be like “How the hell did you write and record 48 bars with all these crazy metaphors and references in one night?” But the dude just works like an animal.

TRHH: Why’d you title the album Return to the Golden Era?

Phoniks: Our whole goal with this project was to throw it back to the 90’s golden era of Hip-Hop that we both share a passion for when the music was just about dope beats, storytelling and lyricism. Awon was born in Brooklyn in the early 80’s so he was born into the heart of that. I’m ten years younger, but have always been a student of that era. We both listened to a lot of Reasonable Doubt, The Infamous, Illmatic— just raw 90’s Hip-Hop during the production of the album. From Awon’s perspective, he approached this project as a concept album where he was rapping from the point of view of himself as a young adult during that time, growing up on the streets of Newport News, Virginia as a hustler with dreams of wealth and opulence. Most of A’s previous work borders more on the line of conscious rap, so he stepped into a different role on this album and just let loose.

TRHH: How did you get started in production?

Phoniks: I got into Hip-Hop at a young age. At thirteen I heard a Masta Ace song in an Xbox game and looked him up. I listened to Disposable Arts and A Long Hot Summer and was hooked. Shortly afterwards I heard GZA’s Liquid Swords and it was game over from there. At 14 I realized what sampling was. Everything clicked in my head after listening to a soul track on the radio that I recognized as an MF Doom sample. It was like “Oh wait, he took that from there to make that?! I thought he was playing it on a keyboard.” After that I think I watched every beat-making video on YouTube and ordered an old MPC 2000 Classic off eBay. I found the instruction manual online and would read it every night until the package came. I already knew how to work the thing inside and out by the time I opened the box and I’ve just been in the basement listening to jazz and soul and making beats ever since. That was in 2006.

TRHH: Who are some of your influences in Hip-Hop?

Phoniks: My all-time favorite producer is Pete Rock, but I love all the 90’s east coast guys. Lord Finesse, Large Pro, Buckwild, Premo, Showbiz, Q-Tip, K-Def, I know I’m leaving guys out, but you get the idea. My favorite producer right now is a cat out of DC named Damu the Fudgemunk. To me, he’s carrying the torch as far as that jazzy, soulful, boom-bap type of sound goes. His sampling is on another level.

Phoniks: I was on the MPC 2000 for almost 5 years, but in 2010 I sold it and grabbed a Maschine right when they first came out. Although I miss the feel of making beats on an MPC every day, the Maschine has sped up my workflow so much that it’s worth the trade-off. Now instead of having beats sitting around on floppy disks for months waiting to be tracked out, I can flip a sample and program some drums and get right back in the DAW to start mixing and finalizing the track. Besides that, my rig just consists of a turntable, mixer, and stacks of vinyl records. The more you simplify your setup, the more it forces creativity. You spend a lot less time twisting nobs and more time making music.

TRHH: What’s your take on the keyboard-heavy Hip-Hop that’s dominating the scene now?

Phoniks: I can’t listen to most of that stuff, man. Every once in a while I’ll crawl out of my bubble of 90’s Hip-Hop and turn on the radio to hear a rapper on a dubstep beat and it’ll just send me back down to the basement. All that trap stuff, to me, it just doesn’t have any soul. I can tolerate it in the club, but don’t put that shit on in my car. I need to hear music that has swing and bounce and provokes thoughts, not these soulless beats with watered down emceeing that have been plaguing the radio waves lately. [laughs] I guess I’m just a backpacker.

TRHH: Who are some artists that you’d like to produce for?

Phoniks: I want a chance to collaborate with some of the New York OG’s. Emcees like Masta Ace, OC, Chubb Rock, Afu-Ra, Jeru The Damaja, J-Live, Sean Price, Buckshot, Tragedy Khadafi, Sadat X, the guys who I’ve spent the past ten years listening to. If any of them read this, get at me at phoniksbeatz[at]gmail.com and let’s talk about a collab.

Phoniks: Awon and I currently have plans to meet up next month and film a music video for ‘Return to the Golden Era’. Besides that, I’m working with a bunch of other dope emcees from all over the country right now, I’m not going to mention any names, but there should be a lot more Phoniks production credits before the end of 2013. Right now, my focus is set on promoting Return to the Golden Era and trying to break into the top-tier of Hip-Hop coverage. Getting on publications like HipHopDX, AllHipHop, and XXL and from there, getting consideration for Newcomer and Freshman of the Year awards. It’s difficult to get people to take the time to listen to you as an independent artist sending unsolicited emails, so we’re currently looking for a publicist or someone who can help us get our music heard by the right people. To contact us for press, booking, or management purposes, hit up awonandphoniks[at]gmail.com. Believe that I’m not going to sleep until I feel the project has received the recognition it deserves.

Sherron Shabazz is a freelance writer with an intense passion for Hip-Hop culture. Sherron is your quintessential Hip-Hop snob, seeking to advance the future of the culture while fondly remembering its past.
View all posts by Sherron Shabazz →
This entry was posted in interview and tagged Awon, interview, Phoniks, Return to the Golden Era. Bookmark the permalink.

1 Response to Phoniks: Return to the Golden Era