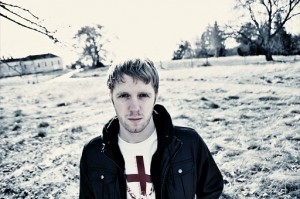 Losing a loved one is never easy. Losing a parent is like living a nightmare.  As a young man, losing a father can be especially hard. Your dad is the first real superhero that a little boy sees. A father serves as a guide, protector, and friend. For Hip-Hop artist Sadistik his father was just that.

Sadistik lost his dad unexpectedly in 2007 and is using his sophomore solo album as a memorial to his late father. Flowers for My Father is Sadistik’s first solo effort in five years. It features production from Blue Sky Black Death and Kno from CunninLynguists.

The Real Hip-Hop spoke to Sadistik about coping with the loss of his father, the Seattle Hip-Hop scene, his upcoming Hops & Scotch tour, and his new album, Flowers for My Father.

TRHH: Explain the title of the album, Flowers for My Father.

Sadistik: It’s actually a pretty literal title. My father was my rock and best friend growing up. He passed away unexpectedly five years ago. This is my first solo album in five years and the first time I was able to truly address it. I named it that as a dedication to my dad.

TRHH: Was recording the album therapeutic for you in mourning the loss of your father?

Sadistik: Yes and no. Creative things in general are therapeutic for me but I don’t think it was some kind of cathartic experience. It didn’t put me at peace with him or anything like that. It was more of this is what I’m going to do anyway but I wanted to show my own personal token of gratitude for what my dad did for me throughout my life. It didn’t really fix anything but it probably made it a little more manageable.

TRHH: How do you cope day-to-day with the loss of your father?

Sadistik: You’ll probably be able to relate to this. I feel like over time it doesn’t get better like people say. It doesn’t feel any better than the day it happened but it gets more manageable. I feel like you kind of hit a point where you just have to manage it, tuck it away, and keep whatever feelings you have as your own and do your best to handle them however you can. At the end of the day when you lose somebody that feeling is uniquely yours and you have to do whatever you need to with it. I don’t feel like things get better. I can see tragedy through more of an objective lens now. I can reflect on it better and be more appreciative of it instead of feeling shitty.

Sadistik: First of all I named it that as kind of a loose reference to the Radiohead song ‘Exit Music (For a Film)’ which is one of my favorite songs. I basically was writing about something that I think about and write about a lot, which is understanding that I’m temporary and I’m not going to be here forever. Everybody is doomed to be forgotten eventually and that’s a really difficult thing for me to accept. I’m kind of terrified of death and terrified of being forgotten even though I know it’s going to happen. It’ inevitable but it’s kind of a selfish thing that I want to be remembered anyway.

TRHH: Why do you think you’re terrified of death and being forgotten?

Sadistik: I care about things. I feel like it’s a very special thing to be alive and be able to express myself and do things. I have a very blessed circumstance in a lot of ways and it’s kind of difficult to accept that it’s temporary. In the grand scheme of thing nothing that anyone does really holds any long-term relevance. It’s difficult to take something so heavy and important and be like, “Well, it’ll be great while it’s here, but that’s all it is.” There is just kind of a constant push/pull battle with that. We’re here, be happy, enjoy it while you can but at the same time it’s kind of depressing and a helpless feeling knowing you can’t change things that you want to.

Sadistik: Exactly, That’s a big motif in my writing, just feeling insignificant. When you see some amazing monument or watch the science channel or something and you realize how insignificant and small you are and how amazing that other stuff is. It’s depressing too but it’s about how you interpret it.

TRHH: How have you grown as an artist since The Balancing Act?

Sadistik: I feel like I’ve grown a lot. I feel like everything I do is better now. My writing, I feel more comfortable and have my own style more. It doesn’t have to be so heavy handed. I feel like The Balancing Act had the right ideas that I developed more over time but it was heavy handed at times. It was like, “I’m sad, so I’m going to say I’m sad.” Now I don’t feel like I have to be so literal all the time. You can have your spoon full of sugar with your medicine. It can be an accessible moving song without having to be so heavy and shoved down your throat all the time. I feel way more comfortable in my skin as an artist and way more established. Things just feel more natural. I’m not second guessing everything I’m doing anymore. Things are just coming out dope quicker.

TRHH: Tell me about the single ‘City in Amber’.

Sadistik: ‘City in Amber’ is a Blue Sky Black Death beat and I love how subdued it is as opposed to the super epic big songs. I really liked how laid-back it was. There was a freeway in Seattle called 99 that runs north and south. It was a freeway I would take home a lot and I would drive by the waterfront of Seattle and I always loved the skyline. They actually just tore down that freeway and since they were going to tear it down I started thinking about it a lot more, especially when I would drive on it. So I just started thinking about that drive and the thoughts that it sparked in my head. When I say, “I see a city trapped in amber,” the whole thing is the Seattle skyline reflecting off the water. That’s what inspired that song.

TRHH: When I think of Seattle I don’t think of a Hip-Hop identity. I’m from Chicago and we don’t really have an identity either. We have Kanye, Twista, Common, and Chief Keef—everybody is different.

TRHH: When I think of Seattle I think of Sir Mix-A-Lot and Macklemore. What is Seattle’s Hip-Hop identity?

Sadistik: It does have one but I don’t know if I like it. In the indie scene people think of Minnesota with Rhymesayers and the amount of talent out there. But I think a lot of people are starting to put Seattle up there as the other bigger city for that. There’s a lot of popular stuff here. Obviously Macklemore is the huge success story right now. I feel like the identity is finally going in the direction that I like. A lot of stuff that’s been popular here doesn’t fit the aesthetic of the city. A lot of it is kind of bubbly, soul samples, and rapping about rapping. I think Seattle is more of a gloomy, interesting, artsy city. It’s Hendrix, Nirvana, seasonal depression—stuff like that is super Seattle. I don’t feel like a lot of rap here sounds like Seattle but lately it’s starting to go in that direction. Blue Sky Black Death is from here, Nacho Picasso has a really good sound to fit Seattle, and Dark Time Sunshine. I feel like there is a lot of good stuff coming up that’s right on the presplits of clicking or reaching that next level. I don’t feel like part of the club. I feel like some weird outsider in the Seattle scene.

TRHH: I can see that. Chicago is very similar, too. It’s odd that the Common’s, Kanye’s and Lupe’s have the most national notoriety but the people in the streets don’t really listen to that stuff.

Sadistik: I know. The people I know from Chicago don’t mess with Lupe or Kanye. Kid Called Computer who I did that album with, he’s from Chicago and it’s just not his shit.

TRHH: You mentioned Rhymesayers, talk a little bit about Eyedea. Give me a story or anything, something that people may not know about him.

Sadistik: I think one thing that stands out to me, because obviously I was friends with him, everybody already knows that he was an amazing artist—that’s pretty self-evident. One thing that stands out to me and I miss as a friend was his sense of humor. He was a really, really fuckin’ funny guy. He had the exact sense of humor that I particularly like. It was very dry and sardonic. He was on the way to my house when he was on tour and he calls me like, “Yo man, we’re going to go grave robbing real quick, do you want me to pick you up something?” He had a very quick dry sense of humor that I miss.

TRHH: What do you have in-store for fans on The Hops & Scotch tour.

Sadistik: I’m going down to South by Southwest and I’m going on tour with DJ Abilities on the West Coast. I’m excited because I finally get to show my new stuff. I’ve been performing stuff that isn’t what’s in my head lately. Actually being able to share these songs to where people are going to know what they are now, I’m really excited. I’ve never really written a song with a live show in mind but some of these songs are going to translate better to the stage. I’m definitely excited to play SXSW for the first time this year.

TRHH: What do you hope to accomplish with Flowers for My Father?

Sadistik: I just want people to hear it. That’s really what it is. I made a decision early on when I was making this album. There’s always forks in the road where I can make things more profitable or save a few bucks here and there but I decided to go the opposite way this time and not really save expense. I wanted to make this completely a creative endeavor. I want this to be something that people hear and I go, “That is my style. If you like this sound you’ll like me.” I made that decision pretty early on so I don’t really care if I make money with this. I just want as many people to hear it as possible. Signing with Fake Four has been helpful so far with that. They’ve given me a lot of tools and put me in touch with a lot of people that have made that happen more, including yourself.

Purchase: Sadistik – Flowers for My Father

Sherron Shabazz is a freelance writer with an intense passion for Hip-Hop culture. Sherron is your quintessential Hip-Hop snob, seeking to advance the future of the culture while fondly remembering its past.
View all posts by Sherron Shabazz →
This entry was posted in interview and tagged Exit Theme, Flowers for My Father, Hops & Scotch tour, interview, Sadistik. Bookmark the permalink.