Sultan Mir: Too Visible To See 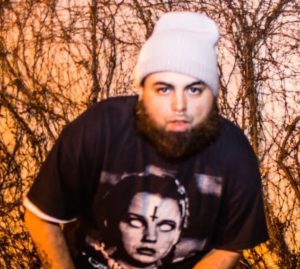 Sultan Mir is a producer from Las Vegas, Nevada, who now resides in Fort Myers, Florida. His beats give you that old boom bap and are loaded with several layers of soul. Mir has produced for the likes of Journalist 103, Juice, Block McCloud, and C Rayz Walz. The Muslim musician signed on with SunCycle Entertainment and created an album with emcee Recognize Ali called “Too Visible To See.”

The Real Hip-Hop spoke to Sultan Mir about the importance of Islam in his life, his initial introduction to producing, and his album with Recognize Ali, Too Visible To See.

TRHH: How did you link up with Recognize Ali to create ‘Too Visible To See’?

Sultan Mir: I connected with Recognize Ali through my homeboy Godilla out in PA. I had sent him over some beats and he got Recognize Ali on one of the tracks. I was like, “Yo, he’s nice.” I reached out to him and we started working. I already had a project in the works called “Too Visible To See” but it was originally supposed to be a solo album. After a while I was like, “Let’s just do this, how about me and you do a collaboration album and just call it the same thing?” I still had the same beats and everything went from there.

TRHH: What went into the creation of ‘World’s Greatest’?

Sultan Mir: It was one of the beats I already had on the album originally before I got him on there. It was just one of those tracks where the chemistry was there. It was a great track overall. It was a great feeling. We wanted to reach out to Davenport Grimes, he works with Audible Doctor and all them. We wanted to get somebody good to sing the hook. It was one of my favorite tracks so I wanted to make a music video for it.

Sultan Mir: In December of 2012 me and one of my homeboys Zach out here in Florida started messing with Fruity Loops Studio. We were just messing with beats for like a few months. I was actually getting pretty good at it and in April I figured I’d go on the internet and create a Soundcloud and Facebook so I could connect with the Hip-Hop community. Early 2013 was when I started going on the internet and people started hearing about me.

TRHH: What producers inspired you the most?

Sultan Mir: Over time we have different favorite producers or artists at certain times. At the time when I first started to create music I was real big into MF DOOM, Madlib, 9th Wonder, and J Dilla. Those were the ones that originally crafted my sound. Then I started to go into DJ Premier – he’s one of my favorites. I’d have to put Nottz up there, too. Those are definitely my influences.

Sultan Mir: Matter of fact I still use FL Studio, man. I don’t use hardware. I never got into using it. I figured I learned something and got good at it, why change? I don’t know if that’s a good thing or a bad thing.

Sultan Mir: I did go through a few sets of studio monitors and shit like that.

TRHH: On your Youtube page you speak on a lot of issues pertaining to Islam. Why is it important to you to get your message across on such controversial topics?

Sultan Mir: I’m glad you brought this one up. I don’t know, man. During my journey there was a point in time where I was looking for answers and going through a lot of stuff – a lot of pain. The music was helping too but I came into Islam as well. I was able to connect the information about Islam and all the information I had learned before throughout the years about all the conspiracy theories going on around the world, studying history, geopolitics and all of that. It started to have symmetry. It was connected. After a while it felt like this was the truth for me. I felt like it was something I wanted to get off my chest. Emcees put whatever they got going on in their mind to the pad and they put it in a song, but producers don’t really get to express themselves verbally. I wanted to do like those little podcasts do on the history of religion, politics, and stuff like that so that’s what I do on my Youtube page. I did a few of them, I haven’t done one in a while.

TRHH: What’s your background? Were you raised Muslim?

Sultan Mir: I’m Cuban and Persian. I wasn’t raised in a religious home like Catholic but I converted like eight years ago.

TRHH: What would you say to those people who would question why you would convert to Islam?

Sultan Mir: I would be the same way ten years going through all the misconceptions in their view and I would kind of ask the same question. I think through time and me researching it felt like the truth to me and it’s obviously one of the three Abrahamic religions. We obviously have the stories of the prophets like Jesus, Moses, Abraham and shit like that so it made more sense. The word “Tauheed” means the unity of the one God, instead of the trinity in Christianity, which I kind of didn’t accept growing up. I was mostly atheist growing up because of that concept. I couldn’t really wrap it around my head. It made sense to me. A lot of research over the years led me to the truth, I guess. Everybody has their own truth, right?

Sultan Mir: Oddisee from Diamond District – Mello Music Group. He’s probably one of my favorite emcees right now. He actually has really dope beats as well. That would be great.

TRHH: What’s next up for Sultan Mir?

Sultan Mir: I’m working on my third studio LP called “Amirica.” Amirica is an LP with a lot of different artists, kind of like my first LP Sultan’s Empire. I got a lot of different features on there. Some from the Middle East we got Malikah, we got Rush from Arabian Knightz, and Hamorabi. In the U.S. we got Verbal Kent from Ugly Heroes, DJ Eclipse, Journalist 103, V-Zilla from Army of the Pharaohs, and UG from the Cella Dwellas. It’s a dope LP.

TRHH: When can people expect to hear that?

Sherron Shabazz is a freelance writer with an intense passion for Hip-Hop culture. Sherron is your quintessential Hip-Hop snob, seeking to advance the future of the culture while fondly remembering its past.
View all posts by Sherron Shabazz →
This entry was posted in interview and tagged Amirica, Florida, Fort Myers, interview, Las Vegas, Nevada, producer, Recognize Ali, Sultan Mir, SunCycle Ent., Too Visible To See, World’s Greatest. Bookmark the permalink.