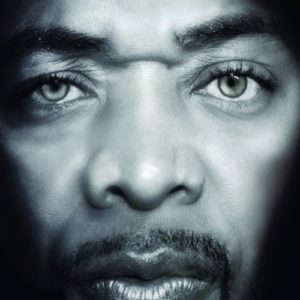 The Wu-Tang Clan is one of the greatest groups in Hip-Hop history. With nine emcees coming up during the crack epidemic in Staten Island and Brooklyn, New York respectively one has to believe that there are more stories to be told than what we’ve heard in the music. U-God has stepped up to the plate to tell his story.

Earlier this year U-God released his autobiography titled “RAW: My Journey into the Wu-Tang.” The critically acclaimed book chronicles Lamont “U-God” Hawkins’ life from his early childhood up until his mid-20s. Striking while the iron was hot, U-God soon followed his autobiography up with the release of his fifth solo album, “Venom.”

U-God chatted with The Real Hip-Hop about Venom, his process in writing ‘My Journey into the Wu-Tang’, and if he ever contemplates leaving the Wu-Tang Clan.

TRHH: I spoke to you when The Keynote Speaker came out and you said you were writing a book. Five years later it’s here…

U-God:  I’m glad you said that. I be telling people shit and they don’t be believing I be working on shit. They think I’m bullshitting. I say what I do and I do what I be saying, man.

TRHH: How does it feel to have RAW: My Journey into the Wu-Tang finally out and are you pleased with the reception it’s received?

U-God: I really can’t feel nothing. I just do things. People tell me how they feel about certain things but I don’t get souped up. I’m real humble so I’m always going to remain humble. I’m still humble, man.

TRHH: I’m a couple of chapters into RAW and the picture you painted about hustling in Staten Island and going out to other boroughs was so vivid. What was the process like for you writing the book and how difficult was it to remember old stories?

U-God: It’s my life story, man. I been through a lot and I had to document it. I had to write it down. I had to make sure that what I went through was actually documented. What I went through is an adventure. It was funny because I used to tell these stories and dudes would be like, “Yo, you need to write that shit down!” I finally got tired of telling these war stories. It don’t mean shit until you really lay it down.

TRHH: The media has only picked up on the parts of the book where you speak about RZA…

U-God: That’s what the media does. The media only picks up on controversy. For some apparent reason they think controversy sells. That’s just a documented situation. That’s been going on for years. It is what it is, man. I would rather have people talking about us in any kind of light than not talking about us at all. When they stop talking about you that’s when you gotta worry about some shit.

TRHH: What’s the biggest thing that you want people to pick up from the book?

TRHH: You tell a lot of very personal stories in RAW, like how you were conceived. Was it hard for you share some of these stories and did you have to get permission from people to share certain things?

U-God: Everybody who knows me knows the truth. I just had to let it go. That’s one of the things that fucked with me too during my life. It’s just a time in my life where I felt like I had to get rid of a lot of dead weight that I was holding. Things that be messing with your mind mentally so I just chose to let it go. My mother feels some type of way, but at the same time she said something to me years ago and I carried that with me. I always felt I was special and I carried that with me. Years down the line she said, “Oh, I ain’t say that!” but you know how old people are, man. You could say, “Ma, I remember when I was young and you hit me with the shoe,” and she’ll say, “Boy, I ain’t hit you with no shoe!” My moms is just mad at that but she’s proud of me, man.

TRHH: The new album is called Venom, why did you choose that title?

U-God: I just feel like everything is snake-ish around me. Cobra-style. I just feel venomous, I feel real fiendish, reptilian [laughs]. When you hear that word “venom” what’s the first thing that comes to your mind?

TRHH: The song “Bit Da Dust” is real mean and the Katy Perry line was great [laughs]. How did that song come together?

U-God: I don’t know. I just be writing shit. When I write, I just write. I write what’s on my mind. I get my notes together and it’s just a reflection of what I feel at the time. You liked that record, huh?

TRHH: Oh yeah, it’s nasty. On ‘Epicenter‘ you have Scotty Wotty on there and he’s been on your last three album…

U-God: Yeah, that’s my man. That’s like my mentor/man. Wotty is from the side of the block of Park Hill that I grew up on. He knows a lot of things that other brothers might not know about. I grew up in a certain part of Park Hill that was just a different world. That’s why my story starts from down there in 260, 280, and 240. He’s from that side of town. When I start saying certain names he knows those names. Wotty been around for years. He’s been like my mentor behind the scenes with rhyming. He’d say, “Nah, nigga, come harder.” You need one of those in your corner like, “Yo, how was that dart?” “Oh, that shit was spectacular, baby!” He rhymes himself. He’s a thoroughbred rhymer for real. That nigga is no joke on that rhyme tip.

TRHH: I always thought you and Deck had chemistry like Rae and Ghost. Why did you two never do a joint album?

U-God: We was thinking about it, but to get brothers and their busy schedules, compare ideas, and do little certain situations it’s kind of rough. Everybody is busy doing their thing, trying to survive, and feed their babies if they ain’t doing this Wu shit.

TRHH: Did at any time when you were going through legal issues with RZA did you think about leaving the group?

U-God: I get tired, man. I get tired, man. Sometimes it’s not about the group, it’s about your spirit. Is it spiritually good? Is it spiritually all right? Is the environment all right?  I don’t know, man. I be contemplating sometimes with some of the things I go through, but I love rhyming, man. I love this shit. I’ve been doing this for a long time. Sometimes the things that we go through in the game kind of douse your flame a little bit like, “Damn, what am I doing this for? Are y’all getting this shit or am I just spitting to be spitting into the air?” I be feeling like that. Quitting? Nah, not right now. I don’t think so. I wouldn’t quit the group unless something really happens to the point where I’m fed up and say, “That’s it. It’s a wrap. I ain’t doing this shit no fuckin’ more.”

TRHH: Why should people go out and cop RAW: My Journey into the Wu-Tang and Venom?

Sherron Shabazz is a freelance writer with an intense passion for Hip-Hop culture. Sherron is your quintessential Hip-Hop snob, seeking to advance the future of the culture while fondly remembering its past.
View all posts by Sherron Shabazz →
This entry was posted in interview and tagged Bit Da Dust, Epicenter, interview, New York, RAW: My Journey into the Wu-Tang, Staten Island, U-God, Venom, Wu-Tang Clan. Bookmark the permalink.