A Conversation with Masta Killa 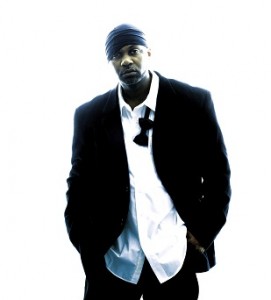 It’s difficult to stand out when you’re in a group with larger than life characters like Method Man, Ghostface Killah, and the late Ol’ Dirty Bastard. Quietly, the least vocal lyricist of the Wu-Tang Clan, Masta Killa, has dropped nothing but quality projects. His latest album Selling My Soul is a slight departure from what you’re used to hearing from the Clan.

Selling My Soul is an upbeat and soulful album from the laid-back emcee. The album has no guest appearances from members of the Clan but finds Jamel Arief sharing the mic with Tha Dogg Pound’s Kurupt on a couple of occasions.

Masta Killa recently spoke to The Real Hip-Hop.com about his new album Selling My Soul, the evolution of his rhyme style, and the rumored Wu-Tang Clan reunion album.

TRHH: Why’d you title the album Selling My Soul?

Masta Killa: It’s just basically selling my music, brother. The music on this album is in a soulful chamber and that’s exactly what we’re in this business to do, sell units. Anything from the inner-self is a part of the soul. A lot of people always affiliate that title with a negative, but it all depends on how you look at it. I knew it would grab a lot of peoples attention. Just to shed some light on it and give people a different way to look at things I chose that title.

TRHH: Tell me about the new single ‘Things Just Ain’t The Same’.

Masta Killa: That’s just taking it back to classic New York, classic 80’s Hip-Hop, just Hip-Hop in general. It’s just things that I admired being a fan of the culture like the way we dressed and the break dancing. It was a classic Hip-Hop chamber. For the younger people within the business today they might not have ever experienced a block party or a jam. It’s certain elements of Hip-Hop that made it what it is and they might not have experienced that, so it’s kind of like a history lesson for those that don’t know.

TRHH: Why was there so much time in between releasing Made In Brooklyn and Selling My Soul?

Masta Killa: A lot of things was going on between that time. We did another Wu-Tang album in that time, 8 Diagrams. We did a couple of tours. The whole music industry was being restructured. Also just testing and seeing the climate of where the people are at in general. To create something that everybody else is familiar with I don’t even see what’s special to make someone want to buy that. You can just get that anywhere. That’s’ what everybody is doing. So to see whats missing and fill the void was what I was trying to do.

TRHH: On the ‘Intro’ you include rhymes from other members of the Clan. How’d you come up with that concept?

Masta Killa: I think I was a fan of everything that I said. Just being a fan of everything that’s around me. My Wu-Tang Clan, I learned a lot from those brothers over the years. Not just because it’s my fam but those brothers have a unique rhyme style that was unheard of in Hip-Hop. So just to pay tribute back to them I said let me take something that everybody said and make it one.

TRHH: Did it take you a long time to write?

Masta Killa: Not at all, not at all. Since we’re on stage and doing shows I might could say my brother’s shit better than him [laughs]. I love their shit, as far as backing them up or coming in where I know the word is supposed to be. There’s a song from each one of my brothers or something that they said that I love. I sing their songs daily. It was simple. I just took parts and kept adding on to it.

TRHH: On the song Da Mystery of Chessboxin’ you had an entirely different flow than you do now. What led to you changing up your flow?

Masta Killa: I think I grew as far as understanding music more and how to be in the groove of a song. I strive to keep my substance potent, but flow and how you approach a track and how you mesh with it is is everything I’ve learned through my course of travel and study of music. You could be saying the illest thing lyrically and you’ll have somebody with a nice flow who might not be saying anything near to what you’re saying intellectually but the flow was so creamy the people was over there [laughs]! If I could come with a combination of both which I think a lot of great emcees within Hip-Hop was able to do like Rakim, Kane, KRS, Slick Rick so on and so forth. That’s what they had that was so beautiful that they gave us, lyrics with integrity and flow.

TRHH: How’d the ‘Food’ joint with 9th Wonder come about?

Masta Killa: I knew 9th for a while. We’ve been striving to work together for a minute. He threw a couple of things at me and we went to work. That’s just one thing that you’re going to hear from me and the brother. We have a few other proejcts and some material that we put in and you’ll be hearing other things from us also. Shout out to 9th Wonder. That’s a very creative brother right there and it was a pleasure working with him.

TRHH: That was my next question, I heard about the Mansa Musa project with Halo. Give me some insight into that project.

Masta Killa: Ummm not right now [laughs]. I’m just going to tell you I hope for it to be another smash. I’m going to put my dedication into it and I know Halo is going to do the same and 9th Wonder is going to go hard like he do. I’m definitely striving to make it another smash for the listeners and good for Hip-Hop and music in general. That’ll definitely be something that I think should be in the library.

TRHH: On the new album you have a couple of collaborations with Kurupt. How’d you link up with him to record ‘Part 2’ and ‘Cali Sun’?

Masta Killa: Once again sometimes in this bussines you might be knowing somebody forever. Through travel, their business, and your business it’s hard to get it done. We’ve been trying to get this done for years. Finally it came together. He was in my neck of the woods and we met up, hung out, and made it a party. Brothers on the west side, Dogg Pound, Kurupt, it’s been love since day one. We just had the opportunity to make it happen finally.

TRHH: Probably my favorite song that you’ve done is ‘Queen’ from the No Said Date album. That had a soulful essence, too. Was that kind of the inspiration for you to do Selling My Soul?

Masta Killa: No, I think just being a fan of music and growing up on all of that stuff. My mother is definitely going to be rocking Gladys Knight, rocking New Birth, Teddy, and Parliament. These artists were played daily in my household. Growing up on this stuff it’s all in me regardless. Having a chance to express it through my talent and artistry is a blessing for it to be able to come back around full circle and me to be able to do that.

TRHH: For years we’ve been hearing about the Loyalty is Royalty album. Is that going to be released in 2013?

TRHH: You mentioned the Wu album and I spoke to Cappadonna recently and asked him about a Wu reunion album and he said he was going to hit up RZA with a plan to give each member in the Clan 10-to-20 tracks, a topic to rhyme about, and a time limit. After each emcee sent their verse to RZA he would put it all together like a puzzle. Is there a specific way you’d go about recording the next Wu-Tang Clan album?

Masta Killa: I think I would let The Abbott be The Abbott really. The first five albums out of my camp is all RZA right there, which made individuals successful to the degree that they are. I’m going to let him do what he do [laughs]. I’m going to do what I do and I’m confident that that’s going to be what it’s supposed to be. It’s really never failed, really. If I got The Abbott in the chamber I’m not even worried.  I’m just going to come and make sure my rhyme books are sharp.

TRHH: I don’t know if you know Donwill from Tanya Morgan but he told me, “I didn’t check for 8 Diagrams ‘cause them niggas was fighting with each other at the time.” He wanted Wu to be Wu, you know? I know there was a lot of stuff going on with Ghost at the time. Is the climate right for everybody to come together and do this now?

Masta Killa: Right. I’ll say like this, brother, in all families, even in our personal families there are times when you might have to give somebody some space. My brother, my sister, my uncle, my aunts, my father, whoever! Real family goes through real things. Sometimes a little space and distance is healthy. Intelligent men are going to come together and solve that in their own good time. I’m confident that that’ll happen. I do understand that it does reflect on the creativity of the music. That’s felt within the music because those are all vibrations. I’m in my right frame of mind, brother [laughs]. I’m feeling good and I can’t wait to get it on personally. I’m going to bring that energy to the table and that positiveness will travel throughout everything. To me, I think it’s going to be a positive look.

Sherron Shabazz is a freelance writer with an intense passion for Hip-Hop culture. Sherron is your quintessential Hip-Hop snob, seeking to advance the future of the culture while fondly remembering its past.
View all posts by Sherron Shabazz →
This entry was posted in interview and tagged interview, Made in Brooklyn, Masta Killa, No Said Date, Selling My Soul, Wu-Tang Clan. Bookmark the permalink.