B Leafs: The Horizon 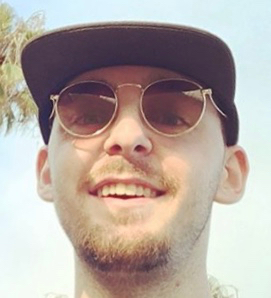 Boston producer B Leafs has put together a star-studded album that features some of Hip-Hop’s legends, underground heroes, and up and comers. The Horizon is a 15-track album released by Masterpeace Recordings/RareMinerals. B Leafs showcases his talents as a beat-maker on The Horizon, flaunting different styles to cater to each emcee.

The Real Hip-Hop spoke to B Leafs about how he got into production, who his favorite producers are, and his new album, The Horizon.

TRHH: Why’d you call the new album ‘The Horizon’?

B Leafs: I feel as you see off in the distance and there’s a bright future you can look forward to. I’ve been looking forward to putting this out for a long time, just kind of compiling up different features. The sun has finally set and there’s something to look forward to.

TRHH: How long did it take you to complete The Horizon?

B Leafs: It took about two years from when I started making the beats seeing which ones go together. And then getting everyone’s features back and working with everybody, it took a little while. I’d say about two years.

TRHH: How did the song ‘Reaganomics’ come together?

B Leafs: I had been trying to work with Elzhi – I’ve been a big fan. He pretty much came back with that Reaganomics verse. I thought it could really be something, so I ended up getting Ras Kass on next and then I got M-Dot. I was working with Cormega at the time and he hooked me up with Large Professor, which was crazy! He actually helped me put that together. It was a crazy song, man. Just to have a common theme and people putting their all behind it, it came out pretty dope.

B Leafs: I have the turntables with the vinyl records and I run that into my iMac. I use Logic Pro and an M-Audio keyboard. It’s a pretty simple setup, but it gets the job done if you know what you’re doing.

TRHH: The Horizon has some samples and some synths that you played; is there a certain method of creating music that you prefer?

B Leafs: I just try to pick samples that I enjoy listening to and I think have a nice vibe to ‘em. Making the album I just found a lot of samples that go together. I played synth on two songs, but it was pretty much mostly sample based.

B Leafs: Just loving Hip-Hop since I was younger and hearing 50 Cent when I was a little kid and Eminem. As I got older I really got into 9th Wonder. He was the true inspiration for making beats. When I heard how he was chopping samples I was like, “How did he do that?” I’d watch videos of him in the studio and I just got excited. The way he was freaking those samples was crazy, so I thought I’d give it a try. I started messing around, got some vinyl, a record player, and the rest is history.

TRHH: Would you say 9th Wonder is your favorite producer?

B Leafs: I would have to go with 9th Wonder. I love Dilla, Nujabes, Preemo, and Pete Rock.

TRHH: If you could produce an entire for one emcee who would it be?

B Leafs: Oh man. I’d probably have to say Nipsey Hussle. I just think he’s the most consistent rapper I’ve ever heard. It’s something about his style. He has a really huge sound. I’ve never heard anybody that sounds like him. It’s crazy. [Note: This interview was conducted prior to the murder of Nipsey Hussle.]

TRHH: Do you have a favorite verse on The Horizon?

B Leafs: Yeah, I would say Cormega’s verse on ‘The Cloth.’ In my opinion, it’s one of the dopest Cormega verses that I’ve ever heard, so to have that on my album is a pretty crazy, surreal feeling.

TRHH: What do you hope to achieve with The Horizon?

B Leafs: I just wanted to make an album where people really looked at it and drew some sort of inspiration from it. It’s not about the numbers. It’s about being able to give somebody a song and them saying, “I really enjoy listening to this,” even if it’s just one song on the album.

Purchase: B Leafs – The Horizon

Sherron Shabazz is a freelance writer with an intense passion for Hip-Hop culture. Sherron is your quintessential Hip-Hop snob, seeking to advance the future of the culture while fondly remembering its past.
View all posts by Sherron Shabazz →
This entry was posted in interview and tagged B Leafs, Boston, interview, Massachusetts, producer, Reaganomics, The Cloth, The Horizon. Bookmark the permalink.