BigStat: Heart of a Lion 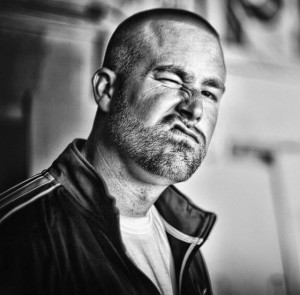 Connecticut emcee BigStat has paid his dues. Writing rhymes since his youth, BigStat came up in the game learning from some of the best artists in Hip-Hop. He’s rocked stages alongside rap music’s brightest stars and had his music highlighted on network TV. His continuous grind has culminated in his debut album that details loss, love, and lyrics – Heart of a Lion.

The Real Hip-Hop spoke to BigStat about his relationship with members of the Wu-Tang Clan, how fatherhood has changed his life, and his new album, Heart of a Lion.

TRHH: Explain the title of the new album, Heart of a Lion.

BigStat: I chose that because my government name is Gary Montelleone and in Italian Montelleone means “mountain lion” and my music is super passionate and from the heart.

TRHH: How long did it take you to complete this project?

BigStat: It took me about four years because I wrote, recorded, and mixed everything on my own. I arranged most of the songs on my own, too. I’m a perfectionist so I just went back and forth. It’s my perfect project, my Reasonable Doubt, so I wanted to make sure it was perfect to me.

TRHH: So you’re pleased with the outcome?

TRHH: How did you link up with Ghostface for the single Press Rewind?

BigStat: I linked up with Ghostface because I was on tour with Redman and Method Man for two years. They invited me on the next tour with Red, Meth, and Ghost. That’s when Method Man introduced me to Ghostface. We talked about doing a track for a long time and when I was working on the album I felt like that was the perfect song to throw him on. I sent it to him and he hopped on it.

TRHH: How did you get on the tour with Red and Meth?

BigStat: It all started when I met Method Man when I was like 16 years old. He was one of my favorite emcees so I would go to a lot of his shows. Eventually we became cool. We would be chillin’ back stage, he’d see me everywhere, and we shared the same views on Hip-Hop at the time. After he saw me in Hartford, Boston, New York, and Philly he invited me back to his hotel room. We were chillin’ and just talking about Hip-Hop. He started spittin’ some unreleased freestyles and verses from his upcoming album. I was feeling nice and started spittin’ for him and he started buggin’ out. We were friends for a while and when I spit for him it threw him off. He wasn’t expecting it. He was like, “Stat ain’t a rapper, he’s an emcee!” He ran and got his manager and made me spit a couple verses for his manager, too. From there it was history and he had me hop on tour with him.

BigStat: Method Man is definitely up there. When I first started writing Canibus, definitely. Black Thought from The Roots is one of my favorite emcees, and Rakim.

TRHH: Tell me about Adriana’s Song.

BigStat: That’s one of my favorite songs. That song took me three years to write. I started writing when I found out my wife was pregnant. I started writing a couple bars here and there and when I felt a certain way at all the milestones. I shot a video to it during the fall. In the video I’m driving around with my daughter in the car seat and I’m telling her the story of how she came about in the first two verses. In the third verse I’m giving her life advice so she doesn’t make the same mistakes that I made in life.

TRHH: How old is your daughter?

TRHH: How has being a father changed you?

BigStat: Being a father is the most amazing feeling in the world. When you come home every day your kids come up to you, “Daddy, daddy, daddy!” It makes you feel important. You have the opportunity to mold a human being to be the best person they possibly can be. It’s inspiring and gives you a reason to wanna be the most successful person you can possibly be to provide for them and lead the way for them.

TRHH: On the song Real Life Rap you kind of get some things off your chest. What inspired that song?

BigStat: That song was almost a throwaway track to be honest with you. I actually sent that song to Red and Meth and I was going to have them hop on it, but the timing wasn’t right. My homie G-Whiz produced that. To me the production is almost a Nas type of beat. I really liked the beat a lot. I can do tracks like that for days. That’s just me expressing how I feel the climate of Hip-Hop is right now. A lot of cats aren’t true to themselves. A lot of rappers feel like they have to talk about ignorant stuff in order to be successful and I don’t believe that. I believe you should come from the heart, be true to yourself, and everything will fall into place. I just kind of aired it out on there real quick – a little interlude. Shout out to my homie DJ Remedy from Baltimore that did the cuts on that.

TRHH: What do you hope to achieve with Heart of a Lion?

Purchase: BigStat – Heart of a Lion

Sherron Shabazz is a freelance writer with an intense passion for Hip-Hop culture. Sherron is your quintessential Hip-Hop snob, seeking to advance the future of the culture while fondly remembering its past.
View all posts by Sherron Shabazz →
This entry was posted in interview and tagged Adriana’s Song, BigStat, Connecticut, Enfield, Heart of a Lion, interview, Press Rewind, Real Life Rap, Ugly Fac3 Music. Bookmark the permalink.