From the Vault: Black Rob 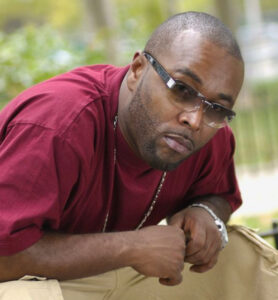 Photo courtesy of Duck Down

Last month Hip-Hop suffered three enormous losses with the shocking deaths of DMX, Shock G, and Black Rob. Each artist left an indelible mark on the culture that will be enjoyed for generations to come. I never had the privilege of interviewing X or Shock, but I did have the honor of speaking to Black Rob.

The first time I interviewed Rob was in the summer of 2011. The former Bad Boy Recording artist was fresh off of a 4-year prison stint and signed a new contract with Duck Down Music. Duck Down released Rob’s third solo album, “Game Tested, Streets Approved.”

I spoke to Black Rob about his time in prison, his relationship with Diddy, and his album, Game Tested, Streets Approved.

Black Rob: OK, first of all I’d like to tell everybody out there that the album is out July 26th. The reason I chose that title is because I’ve been in the game for almost 15 years. My music is from the streets to the game. I’ve always been a street legend in my own right and in my heart. It’s like game tested, streets approved—that’s it. It’s nothing else after that or before, it’s self-explanatory.

TRHH: Tell me about the single Celebration.

Black Rob: Celebration is exactly how I was feeling when I came home from prison. I felt like celebrating. I came home to some money. It wasn’t like I was fucked up. We was just celebrating and we been celebrating ever since. I came home a year ago and we still celebrating. That record was a great record to put out because it shows growth in BR. I didn’t come home on some knucklehead shit. I went in and dudes couldn’t tell me nothing. I was a rapper, but at the same time I was on some bullshit. I wasn’t even an artist but I had to get up out of that. I came home focused and had a vision.

Why not have Celebration be the first single? Change your pitch up BR. Why not? Put something positive out and see how they gravitate towards that. If I had made a song when I came home about how “I’ma kill that nigga” this would have been a whole different interview. I think I put everybody at ease with Celebration. It’s still hard and has that street edge that I bring to the table, but it’s a happy song and people can feel it. From the hardest to the softest, they’re feeling that.

TRHH: What if anything did you learn from your time in prison?

Black Rob: I see the big picture. I recognize that this is the end game, brother. People go through life and don’t ever recognize the end game until its right up on them and they ain’t got nothing to do for it. We planned for the end game. We’re going to drop two more albums after this one and we’re going to bring the troops in. That’s the Machiavelli, Sun Tzu shit, nigga! Come home, build your empire and take over—that’s it. Now we know about this game. We know what the game has been playing on our youth. The good thing for us to do is get this money and at the same time teach these niggas how to get it and how to represent. You ain’t gotta be a killer to make money with this rap thing, man, but if you got street cred that’s a plus [laughs].

TRHH: What led to you linking up with Duck Down Records?

TRHH: What’s your relationship like with Puff and Bad Boy?

Black Rob: After we cleared everything up I don’t have no problem with them. They don’t have no problems with me. I just wanna do what I do and just leave me alone, man. If they approach me right now and be like “Black, what’s up,” the whole thing is fake. I put this album out, I had a couple of videos and nobody came out to support me. It’s not like I’m not reaching out to these people. A favor for a favor, man. I just came out on stage with you at the Last Train to Paris joint. I did that! Now motherfuckers act like they too busy for BR! But it’s okay because that’s the shit that makes me stronger. That’s the shit that makes me make the records that I make. This is why I’m so relevant, because bullshit don’t take a day off. Bullshit never takes a day off, so why should I?

TRHH: Whoa! was a huge record for you. Do you find that people pigeonholed you as the “Whoa! guy” and do you see that song as a gift or a curse?

Black Rob: It’s not a gift and a curse. It’s a good record, that’s all. I got two more albums out, man. You telling me that I’m not going to be able to turn these motherfuckers out if I didn’t have Whoa!? I had hits, “I Dare You” was a huge hit but it didn’t do what Whoa! did. I got a plaque for that. “Ready” was another big huge hit. It was hard as hell, H-A-M. Whoa! is a good record and I’m glad people love it because it puts food in my mouth and food on my kids table. I’m not complaining about it. If they feel like it’s pigeonholing me or whatever, guess what, keep pigeonholing me for ten more years!

That record almost got a 20-year run. I want to ask people one question, when you talk about the greatest records of all-time in Hip-Hop why is Black Rob not on there? I mean, really? How many records do they play from the 90’s and 80’s today that have niggas like, “Oh my God?” We talking ’99 baby. That’s 11 years, B. 11 years of being played in the club every time niggas is in the club. And “I Love You Baby?” Come on my dude! If Puffy would have pushed that record it would have been another hit single on his album, but you know how he do. It should have been a video for that. It is what it is, I’m just trying to elevate. That’s my thing, I deal with elevation, man. I don’t deal with stagnation man. That’s exactly what was going on over there. You were like a seed in the ground, and if they don’t want you to grow they won’t water you. If they want you to grow they’ll water you constantly and make sure they’re taking care of you. Once you get like cold McDonald’s fries over there they don’t want you no more. Come on Shabazz, you ever ate a cold McDonald’s fry?

Black Rob: And how did it taste?

TRHH: It’s not that good [laughs].

Black Rob: It’s disgusting! It’s disgusting ‘Bazz and that’s how they treat you. Once a nigga not making records no more, then fuck you, bye! This is my testament right here that I can make records without Bad Boy, and I can sell and make money without them. That’s my whole motivation, God. Unless they put up a substantial amount of money to stop my project or stop my flow, that’s the only way they’re going to stop me. ‘Cause people wanna hear what I got to say right now. If thinking that I’m going to say something about Puffy is going to sell an album, then so be it. It’s promotion. Motherfuck ‘em!

TRHH: Why should fans cop that Game Tested, Streets Approved?

Black Rob: They couldn’t wait for it, man. My fans been through a whole bunch of shit behind Black Rob. I appreciate them holding me down through my darkest hours. They still supporting me. They listened to my music when I was gone, shouted me out on the net, and doing whatever they had to do to keep BR alive—I appreciate it, man. Once they get this they’re gonna be fucked up in the head. They’re going to be like, “Damn my man stepped his game up, and he can actually still do this.” The intensity is still there, the creativity is still there, everything is still there. Time don’t wait for nobody and I ain’t wasting time. I did what I did. I’m here and I look the same as when I went in, but my flow is not the same as when I went in. This is another classic from BR. Every record on there is a smash!

Sherron Shabazz is a freelance writer with an intense passion for Hip-Hop culture. Sherron is your quintessential Hip-Hop snob, seeking to advance the future of the culture while fondly remembering its past.
View all posts by Sherron Shabazz →
This entry was posted in From the Vault, interview and tagged Bad Boy, Black Rob, Celebration, Duck Down, From the Vault, Game Tested Streets Approved, Genuine Article, Harlem, interview, Life Story, New York, Off the Block, The Black Rob Report, Whoa. Bookmark the permalink.