From the Vault: J. Cole 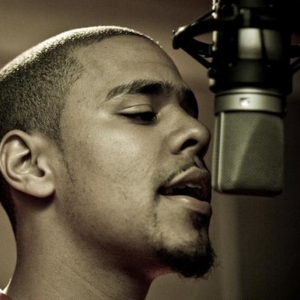 In the summer of 2010 I covered my first Lollapalooza at Grant Park in Chicago. The line up featured headliners like Green Day, Lady Gaga, The Black Keys and Soundgarden – but I was there for the Hip-Hop. Cypress Hill, BBU, Kidz in the Hall, and B.o.B played that weekend but the artist I was most excited to see was J. Cole.

From Fayetteville, North Carolina J. Cole was this new rapper with a whole lot of buzz. He released a couple of critically acclaimed mixtapes that caught the ear of Mr. Shawn Carter. J. Cole became the first signee to Jay-Z’s Roc Nation label and his debut album was eagerly anticipated.

Looking back on the interview I conduced with J. Cole it’s funny how things turned out. He was so eager to drop his first album and it wouldn’t come out until over a year later. Since then he’s released four albums, two of which are gold, and two platinum – not bad.

Cole has his detractors and with good reason – everything ain’t for everybody. But for my money he’s one of the best young artists in the business of rap.

TRHH: How does it feel to be performing at Lollapalooza?

TRHH: Are you excited to see a certain act?

TRHH: What’s the song “Who Dat” about?

J. Cole: Man, that’s just a rap record. It’s straight hard beats, hard raps. It’s a rap record at its finest. It’s just me flexing lyrical abilities. It’s not your typical first single, but I’m not your typical rapper so I think it made a statement like, “Alright, I’ll come out with this and see how y’all respond.”

TRHH: There was some controversy regarding the cheerleaders in the school. How would you address those who said you put Fayetteville in a negative light?

J. Cole: Those peoples really don’t get it if they’re saying that. I think it’s really just a kid that wants to come home and show love to the city that he was raised in and grew up in his whole life. It’s nothing more than that, that’s it.

TRHH: When can we expect to hear the album?

J. Cole: We got a date but I’m not saying that date no more because I feel like it’s going to change. I know how this thing works. I’ve seen it happen too many times. When a lot of people want my album it’s going to come out. If I put my album out right now I could do 15-20,000 first week, I don’t wanna do that. I don’t wanna be under the radar. I wanna touch as many people as absolutely possible.

TRHH: Do you have a title?

TRHH: Can you give some insight into some of the producers that are working on the album?

J. Cole: Yeah, right now some of the producers are myself and No I.D. and that’s it right now as far as what’s making the album. Maybe that’s subject to change in terms of who I go in with. Right now it’s just us. No features right now, but that’s going to change. I’m going to get like one or two, but it will not be a feature dominated album at all.

TRHH: What equipment do you use?

J. Cole: I started out on the ASR-X Pro, I changed over to Reason about five years after that, and then I started using Logic recently.

TRHH: Phonte from Little Brother said when they came out he felt a certain way about people saying, “Oh, you can rap for somebody from the south.” Do you get a lot of that and if so how do you respond to it?

TRHH: What’s the best advice Jay-Z ever gave you?

TRHH: A lot of people feel like you’re the next great one, I feel that way…

TRHH: I really do, man. I’m proud of you. Do you feel pressure to live up to that?

J. Cole: Nah, man. I’m ready to live up to that. It’s just a matter of finishing this album and putting it out. I’m at that point where I’m ready for it to be heard. I’m ready to finish it. It’s hard when you’re trying to promote singles and finish the album at the same time. I’m just at that point. I don’t feel the pressure, I feel the excitement like, “Yo, I’m trying to come out and show it!” That’s all it is.

TRHH: What’s your ultimate goal in the music industry?

Sherron Shabazz is a freelance writer with an intense passion for Hip-Hop culture. Sherron is your quintessential Hip-Hop snob, seeking to advance the future of the culture while fondly remembering its past.
View all posts by Sherron Shabazz →
This entry was posted in From the Vault, interview and tagged 2010, 2014 Forest Hills Drive, 4 Your Eyez Only, Born Sinner, Cole World: The Sideline Story, Dreamville Records, Fayetteville, From the Vault, interview, J. Cole, Lollapalooza, North Carolina, Who Dat. Bookmark the permalink.

1 Response to From the Vault: J. Cole