From The Vault: Pete Rock 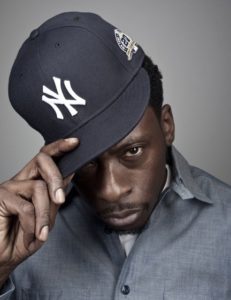 When you speak about the best producers in Hip-Hop one name is always mentioned – Pete Rock. Soul Brother #1 Pete Rock has consistently brought the funk for nearly 30 years, producing for the likes of Run-DMC, Nas, Rakim, De La Soul, Ghostface Killah, Jay-Z, Kanye West, and his cousin, the late, great Heavy D.

His work with CL Smooth spawned some of the most soulful music in Hip-Hop and arguably the greatest rap song of all-time, They Reminisce Over You (T.R.O.Y.).

In the summer of 2013 Pete was promoting his joint mixtape with Camp Lo, 80 Blocks from Tiffany’s Pt. II and I got the chance to talk to him. It’s not every day that you get the chance to rub shoulders with greatness — the pleasure was all mine.

TRHH: What made you decide to reconnect with Camp Lo for part 2 of 80 Blocks from Tiffany’s?

Pete Rock: Basically, being a fan of them and when I bumped into them in the street we basically kind of chit chatted about the respect in the game that both of us had and decided to get together and do something.

TRHH: How is this project different from the last one?

Pete Rock: I produced it. Part one they took instrumentals of my beats and just rhymed over it. This one I actually got involved and did the whole thing.

TRHH: You’re known for chopping up soul and jazz, how have sampling laws affected the way you produce today?

Pete Rock: You know how it goes. Sampling is really a part of Hip-Hop. Even the new guys today you hear sampling in their beats. It really didn’t change much other than us having to come out our pocket to pay for something. This mixtape we’re doing is a free one. We’re rhyming over certain beats, certain instrumentals we like, and records we grew up listening to. That’s basically what that’s about. It didn’t change much in what I do. I still do it regardless. It’s just the raw sound of Hip-Hop. I’m also doing a live re-record of Mecca & the Soul Brother with a live band. That’s going to be one of the new projects that you hear me doing with a live band.

TRHH: I know last year you reconnected with CL and did some shows. Did the live album come about from going back on the road with CL Smooth?

Pete Rock: We’ve been on the road. We do shows here and there. We’re in contact with each other. We don’t know what the future may hold but we know it’s something good.

TRHH: Have you started using software to make beats or are you still using hardware?

Pete Rock: I’m using hardware. I’m using drum machines, MPC, SP. I still use the new hardware like it was the old stuff from the 90s. The way I make beats is still the same, just updated for today’s society.

TRHH: In my opinion, Heavy D is one of the most underrated emcees of all-time and an underrated live performer. What was the one great thing about Heavy that you think fans might have missed or was kind of overlooked?

Pete Rock: In the period of time he was out I don’t think the fans missed anything. I don’t think he was underrated at all. I thought he was a top-notch performer. He would perform in front of 20-to-30,000 people on tour for years. I was an eye witness to that. When he walked on that stage and you hear those screams it was overwhelming. This guy is a huge a star and he’s my cousin. I miss him dearly. Heavy D was one of the first big men to not be ashamed of his weight. He was a handsome guy and a ladies’ man, so to speak. Ladies like cuddly people [laughs]. I have to admit my cousin is pretty cuddly. I think his talent speaks for itself. It sheds off and wears off on other people like myself. He saw a lot going on in me musically and wanted to bring that out. Hev is responsible for taking me under his wing and showing me the ropes.

TRHH: Do you have a favorite joint that you produced for him?

Pete Rock: Of course! Got Me Waiting and Don’t Curse. Got Me Waiting has got to be number one because before Luther Vandross passed away I spoke to him on the phone and he told me he liked the way I did his music. That really, really blew me away.

TRHH: You’ve done joint albums with Camp Lo, Smif-N-Wessun, and Edo.G, is the process different working on a joint album versus a solo record?

Pete Rock: Nah, it’s just all music. It depends on what the beats that I make, make people feel like. The beats have to make you feel like you want to be on it – like you have a story to tell. That’s basically how I do it. The usual assignment. Nothing is too different working with two people versus working with one.

Pete Rock: It’s in the works. I’m like 3-4 deep into it so far. I got a lot of projects on the table that I can’t wait to get started on.

TRHH: A couple of years ago in North Carolina 9th Wonder kind of paid tribute to you and Preemo. What did that mean to you? That was very special just to watch online for me.

Pete Rock: Yeah. I’m always flattered when people pay homage – always. 9th Wonder is a good guy. He bought us out to Harvard and had me and Premier out there to talk to kids about our process, and how we make music and certain accolades it reached, and things like that. I was really excited to do that, big shout out to 9th Wonder. It makes me feel good of course and that my work wasn’t done in vain and it inspires people and makes them feel good and want to be something positive.

TRHH: You mentioned that you have some projects coming up, talk about what’s coming up for Pete Rock.

Pete Rock: Well of course July 30th 80 Blocks from Tiffany’s with Camo Lo dropped featuring Uncle Murda, Ab-Soul, M.O.P, Talib Kweli, Tyler Woods, and Mac Miller. I’m excited about that. Then I got Mecca & the Soul Brother Live album recorded over with a live band. A couple of other things on the table, Smoke DZA, my new album which will be out in 2014 and the Pete Rock and Premier album which will be out in 2014 as well.

Sherron Shabazz is a freelance writer with an intense passion for Hip-Hop culture. Sherron is your quintessential Hip-Hop snob, seeking to advance the future of the culture while fondly remembering its past.
View all posts by Sherron Shabazz →
This entry was posted in From the Vault, interview and tagged 80 Blocks from Tiffany’s, Camp Lo, From the Vault, interview, Mount Vernon, New York, Pete Rock, Pete Rock & CL Smooth. Bookmark the permalink.