From the Vault: Sean Price 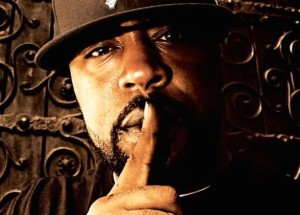 Photo courtesy of Duck Down Records

In 2009 I began writing about Hip-Hop. As a life-long fan of the music I finally got to express to the world the opinions I previously only shared with friends. I also got to expose artists to people that may not have gotten the shine they deserved.

The best part of it all was getting to interview artists. Some artists I loved, some not so much. Some artists I’d never heard of, some I was a huge fan of.

The first interview that I’m releasing from the vault is with the late, great Sean Price. In October of 2009 Sean was promoting his Kimbo Price mixtape and chopped it up with me about the release, our shared love of boxing legend Mike Tyson, and Sean’s dislike for the politics of rap.

It’s fitting that on the week that we would be celebrating his 44th birthday I present to you from the vault, Sean Price.

TRHH: In a recent interview with XXL you said your kids can’t eat pride and you might end up working at Costco. That’s real talk. What about the game would make you want to walk away for a 9-to-5?

Sean Price: I just don’t like people, period. I’m anti-social. The older I get the more anti I become. The music is one thing but you have to be a politician—I don’t wanna be. You know what I mean?

Sean Price: I don’t like people. I have a small group of people that I consider friends, and that’s it. Everybody else is whatever the fuck they are. You know what I mean?

TRHH: Yeah I know what you mean. But let me ask you, have you always not liked people, or has the business just worn you down?

Sean Price: It ain’t even just the business, man. I grew up kinda hard man — my moms a junkie, my pops an alcoholic, my aunt raised me. I just don’t like people. It stems from me being younger, like when I show up at the family reunion they be like, “Oh that’s Sean, that’s what’s his name.” Extra explanations and shit just made me stay away. Family…friends…no. I got a small circle of friends, that’s it.

TRHH: You always come with the illest titles for your releases. The new mixtape is titled Kimbo Price, but I have to ask did you see Kimbo Slice get his ass whooped by Roy Nelson?

Sean Price: So I’m like, shut the fuck up, and when you knock him out I’ll change the CD to whatever you want me to call it. I’m not saying that to you because I don’t know, you might punch school buses like me.

Sean Price: The people who say that probably can’t kick his ass. You gotta understand he’s a street fighter trying to come up. You can’t learn Brazilian Jujitsu in four sessions. That’s a skill! You understand what I’m saying? But he works hard. He looks like if he keeps it up he’ll get it. He seems like a humble brother so Inshallah (God willing) everything will work out for him.

TRHH: You did a joint with 50 Cent called Dreaming, and you said, “Y’all ain’t maintaining/Y’all Mantanning.” Do you think the game is full of Mantan’s right now?

Sean Price: Yeah, I actually say that to people. I walk up to people and say, “What’s up my brother, you Mantanning?” We all Mantanning, I’m just trying not to do it as much as everybody else — I’m no better.

TRHH: Mic Tyson is the title of your next album, and you have Tyson clips on the new mixtape. Did you see the Tyson documentary?

TRHH: What did you think about it?

Sean Price: I’m a die-hard Mike Tyson fan, man. Let me tell you man, I was in school out of town in Chicopee, Massachusetts at Job Corps when Buster Douglas knocked him out and I cried, man. I cried like I lost a family member. So the next day I went to the chow and the dude’s was like, “Yo, what happened to your man Brownsville?” I fucked up like three dudes that day. I ride with Mike all the way. Even on Monkey Barz I got a song that says, “I’m the boss/I smack niggas talkin’ ‘bout a Mike Tyson loss.” I’m dead serious.

TRHH: That’s crazy that you’re saying this because I felt the same way. When he lost that first fight to Holyfield, man!! That was heavy.

TRHH: On the song Duck Down there’s a controversial rhyme. You say, “Y’all get scared easy/Queer like multiple pairs of Air Yeezy’s.” What are you trying to say in that rhyme?

Sean Price: That’s not that controversial, B. I seen the Air Yeezy’s, they’re dope–but understand the line. I’ve seen like one pair that got white, black, and gray inside but the rest of them have pink. Why would I wear pink? That’s what I meant by that. If you got one pair, that’s cool, they’re dope. But if you got all of ‘em and they all got pink inside, you might be a tight end for the Packers. Know what I mean?

TRHH: [Laughs] The song Pork Chops and Applesauce sounded like it was a diss to Southern rappers. What was that song about?

Sean Price: Ah, nah man! Nah!!! That’s not what that is neither, once again. I actually love Shawty Lo man, and I love Young Jeezy. You can go back to old interviews, I love Young Jeezy. I think Shawty Lo is hot, know what I mean? No, Shawty Lo ain’t lyricist of the year but he’s very entertaining. I was just like, If I was a country dude this is how I would rhyme. And I was making fun of my sister who lives down south and she’s such a fuckin’ Bama [laughs]. So I’m kinda poking fun at my sister.

TRHH: You had Reverend X clips on Jesus Price Supastar and on the Kimbo Price mixtape. Did you ever meet Reverend X?

Sean Price: No, I would love to meet him though. For Jesus Price I gotta big up my man Phonte ‘cause he brought Reverend X to the forefront for me. It just seems like that’s the kind of guy that would follow Jesus Christ, the way he’s talkin’ and shit so it just made sense.

Sean Price: Mic Tyson might be my last album period. I love Duck Down. If Duck Down was the Cavaliers I’d be LeBron. I think I might be contractually done after Mic Tyson and Random Axe. I’m looking for the exit. Not the exit from Duck Down, the exit from this fuckin’ bullshit period. Know what I mean? But if I stay I’m running with the team. This is my team for life. When I wasn’t the Sean Price that I am now they was still showing me love. So I’m not gassed. And like I said I don’t like nobody either, and I don’t think nobody would like me on their label anyway. I’m not that label friendly.

TRHH: You mentioned the Random Axe project with Black Milk and Guilty Simpson, how soon will that project be out?

TRHH: OK, let’s do some word association. I’ll say a name and you say the first thing that comes to your mind, cool?

Sean Price: Is not common.

Sean Price: WHO? That’s the first thing that came to my mind!

Sherron Shabazz is a freelance writer with an intense passion for Hip-Hop culture. Sherron is your quintessential Hip-Hop snob, seeking to advance the future of the culture while fondly remembering its past.
View all posts by Sherron Shabazz →
This entry was posted in From the Vault, interview and tagged Boot Camp Clik, Duck Down Records, From the Vault, Heltah Skeltah, interview, Kimbo Price, Random Axe, Sean Price. Bookmark the permalink.