From The Vault: Sheek Louch 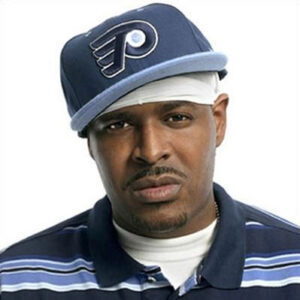 From the heyday of Bad Boy Records to now, The Lox have remained the epitome of east coast emceeing. Jadakiss, Styles P, and Sheek Louch have twenty-five years under their belts of memorable musical moments as soloists and as a group. 2021’s Lox vs Dipset Verzuz solidified their places in Hip-Hop as elite emcees.

Sheek Louch may not receive the same attention that goes to Styles and Kiss, but his contributions to classics are on par with his bandmates. When the world first heard him bat leadoff on B.I.G.’s “Last Day” and bring the energy to Puffy’s “It’s All About the Benjamins” we were excited to see what Louch would deliver to the game.

The Yonkers native has more than delivered as a member of The Lox and Wu-Block, in addition to dropping six solo albums and having a heavy mixtape catalog.

I had the pleasure of speaking to Sheek Louch in the fall of 2010. Louch was preparing for his debut on Def Jam Records, Donnie G, and a tour with his labelmate, Ghostface Killah of the Wu-Tang Clan.

It’s fitting that I revisit my talk with Sheek Louch on Halloween 2022. Louch has a series  of projects that he releases during the Halloween season. The latest is an EP titled Gorillaween 4.

TRHH: What led to you signing with Def Jam?

Sheek Louch: Besides it being a classic label, I just wanted that machine behind me to push my music a little further. I always use the example of when I had the “Good Love” record. It was a big record for me. I had thousands of spins, but I seen it stop at a point where I know it would have went a bit further if the right coin was behind it and the right machine. At this stage in my life growing, mature, the lyrics that I’m writing right now and the songs are incredible, I really wanna take my music to another level.

TRHH: Do you think it’s better to be on a big label than putting out an indie record?

Sheek Louch: I can’t say better. Me, I’m in a major system with an indie grind. It depends on the kind of dude you are. I’m up there at the label like, “Yo, what we spend on this? How come we spent this dollar on that?” I’m asking questions that most motherfuckers up there ain’t asking and they’re like, “Wow, this motherfucker wants to know why she has this amount of money and why they spent that on marketing.” It depends on the person you are and how you go about your shit. I’m up there asking everything! I wanna know it all, fam.

Sheek Louch: That’s right, that’s right. ‘Cause before you know it they’ll spend on something or it’ll go back to somebody’s pocket. I wanna know and I’d rather use it in a good way.

TRHH: Tell me about the single Party After 2.

Sheek Louch: My man Jeremih is on it. It’s just a good feeling record in the tradition of the Good Love record that I had. It’s talking about the after party. It feels good. It’s a melodic slow kind of beat. It’s dope. Good music, definitely. I feel like now I got a lane to go at these women. You think of The Lox and D-Block, they put us in that gangsta rap category, which we are, they’re always gonna need niggas like us forever, but I can go at these women now and they’re going crazy now and loving it. I don’t feel soft in none of the shit I talk about when I do a chick song.

TRHH: Who is Donnie G?

Sheek Louch: [Laughs] My last album was Silverback Gorilla and I still feel I’m on that gorilla shit out here in these streets. Now that I’m growing and making new moves in my life I feel like I’m bossing. When I be like “Donnie G” that’s me. I’m Don Don. I’m the Don of these gorilla niggas. That’s why I hit ‘em with the Donnie G. These so-called little monkey ass gorilla niggas. If I could take a picture to sum it up, in the picture it would be like a diesel gorilla arm stretched out with a bunch of little monkeys to kiss that ring. Word. That’s it, I’m just having fun [laughs].

TRHH: What can fans expect to hear on that album?

Sheek Louch: First they’re gonna hear growth. With me it’s been a process. Right now, they’re saying I’m hot. Everybody is saying, “Yo, I been knew he was nice!” But before all you heard was Kiss and Styles. When I came out people were like, “I don’t know. Sheek? I like him with The Lox but solo?” I had to grind when I hit them with all them songs and kept coming and coming and coming. When you hear this album you’re gonna hear the growth. If you thought that last shit was hot you’re gonna hear me rapping with this person and the beat selection, come on man. I just did a freestyle that went crazy everywhere off a Jungle Brothers beat. I’m just taking my knowledge and bringing them certain tracks back. Like I said, just showing growth.

TRHH: Who are some of the producers on there?

Sheek Louch: I got my man J. Cardim, I got Sean C. I got a bunch people, man. Sorry if I forgot some people. Featuring I’m waiting on a couple of green lights. The rest of them I’m waiting on a couple of verses to be done. I got my man Ricky Ross, Fab, of course in house I’m going for the Jeezy guy, Ryan Leslie, Jada and Styles from my camp, Big Bully, Ghostface and myself. I’m just giving you some fly fire.

TRHH: Speaking of Ghost, I always hear about groups like Wu-Tang that get in the studio and get competitive with each other with the rhymes. Have you ever heard a verse from Jada or Styles that made you go back and rewrite a verse or vice versa?

Sheek Louch: All the time. I know for a fact lately it’s been vice versa. What we do is we’ll get in there, turn the beat on, the weeds in the air and we’re working on it. I hear Kiss say something and I’ll say, “Fuck that, I’m trying to murder both of them on this track.” Even though we’re brothers and we’re family we compete with each other in house but we’re against the world. I’ll hear a Styles verse and say, “Whooo, that boy went stupid. Let me switch this bar real quick.” Or they’ll hear mine and they’ll say, “Louch went in,” and we keep it that way. It makes us stay relevant to where these new guys coming in know if I get on a song with you, you might as well bring you’re A game. If The Lox or Sheek is on it we bringing it, fam. And we’re 10-15 in the game right now. Years in the game! Word!

TRHH: I talked to N.O.R.E. a few weeks ago. I asked him this question so I’ll ask you, lately it seems like to me a lot of the east coast acts ain’t beefing no more and everybody is coming together. Do you think there’s more unity in New York Hip-Hop and if so why?

Sheek Louch: Right now, it feels like it’s coming together. I agree with N.O.R.E on that. Is it all the way to where other places are? No. One hundred, it’s not. Out here everybody is so cliqued up. They say if you can make it in New York you can make it anywhere and that’s for real. Everybody is critics and everyone in the crowd are superstars already, to the fans, to the artists, so it’s hard to give up their props. I can speak for me and my crew, I ain’t beefing with nobody. Have I done beefed with you name it? Yeah. Right now, I don’t get beef with not one group out of town or in town or no labels or none of that. It feels good. I always said imagine if instead of that beefing shit we did one big tour. It would be crazy. But instead, for a lot of years New York has been at each other’s throat and everybody else is sticking together and doing them kinda tours. I guess I just want the money right now. I wanna see something else that I ain’t been seeing because we been beefing forever.

TRHH: What do you think D-Block’s legacy will be in Hip-Hop music?

Sheek Louch: As far as The Lox I would definitely say one of the hottest rap groups that came along, period. Our legacy will be of the lyricists – the spitters. Hopefully in a minute our legacy will be they brought on this artist and that artist to the table and they’re behind a lot of different things contributing. If you say at the end of the day Sheek Louch, the D-Block camp, and The Lox contributed this to Hip-Hop besides what we’ve done, personally I’m happy with that. We brought y’all more quality shit, not that bullshit. We put quality into the game – I’m happy with that.

TRHH: You’re about to hit the road with Ghostface. I’ll be at the Chicago show so what do you have in-store for the fans in Chicago on Halloween night?

Sheek Louch: Halloween night, wow, wow, wow. It’s gonna be scary, baby. For one, I want to introduce them to me for those that don’t know me. That’s when I give ‘em that whole tour of Donnie. Give ‘em the Benjamins, Wild Out, Reservoir Dogs with Hov. Then I’ll get on to the new stuff but I’ll definitely take them on a stage where we were doing Ride or Die Chicks and all them records. If y’all don’t know, this is who I am. I bring a lot of energy. Don’t be afraid to get up and if you get sweaty, fuck it.

TRHH: Why should fans cop that Donnie G on December 7th?

Sheek Louch: I think they should go out and cop it because of the growth of that record. If you loved my last one you can expect for this to take you to a whole ‘nother level as far as production, lyrical content, features, and supporting that real good music. Don’t just judge it off of one single. Even if you’re loving that single and you’re hearing it on the radio, nah, take that book home and read that whole shit so you can understand what it is.

Sherron Shabazz is a freelance writer with an intense passion for Hip-Hop culture. Sherron is your quintessential Hip-Hop snob, seeking to advance the future of the culture while fondly remembering its past.
View all posts by Sherron Shabazz →
This entry was posted in From the Vault, interview and tagged After Taxes, D-Block, Donnie G: Don Gorilla, From the Vault, interview, Life on D-Block, New York, Party After 2, Sheek Louch, Silverback Gorilla, Silverback Gorilla 2, The Lox, Walk witt Me, Wu-Block, Yonkers. Bookmark the permalink.