From The Vault: Ghostface Killah 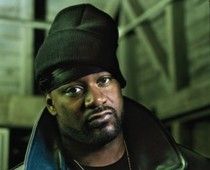 I started writing about Hip-Hop in the summer of 2009. Almost immediately I was granted access to music festivals and concerts to interview some of the best acts in the business. I was blown away by the opportunities I’d been given.

As a fan, of course you have your favorites. My two favorite emcees of all-time are Common and Ghostface Killah. While I still hope for a chance to interview Com Sense, out of the gate I got to interview Ghostface.

In November of 2009 Ghost was on the road promoting his R&B flavored album, “Ghostdini: Wizard of Poetry in Emerald City.” I was told by his publicist to meet him on the stage right after he was done performing at Chicago’s House of Blues – I did.

I didn’t know it at the time, but that’s not an ideal situation for an artist to conduct an interview. Ghost had just done a 90-minute set performing songs from each of his solo albums, a few mixtape classics, and numerous selections from the Wu-Tang Clan catalog. The last thing he wanted to do was talk to some dude – and he told me as much in the kindest way possible.

“Why couldn’t we have done this earlier?” Tony Starks asked.

I explained to Ghost that I was given instructions to meet him on the stage right after his set. I told him I was there to do a job and I’d be as brief as possible. I was brief, and so was Ghost.

Until we meet again, ladies and gentlemen, the one and only, Ghostface Killah!

TRHH: How is the tour going so far?

Ghostface Killah: The tour is going good so far. It’s going good, know what I mean? We’re like in the middle stages of it or whatever, whatever right now. We’ll be finished in a couple more weeks. It’s good, I can’t complain.

TRHH: What’s been the livest city so far?

Ghostface Killah: Ummmm the livest city? I don’t know, [Madison] Wisconsin was cool yesterday, Chicago was good just now. You had a couple, Seattle was good.

TRHH: Wizard of Poetry is a different kind of album for you, but it’s still Ghost. How much of the album is based on real life experiences?

Ghostface Killah: A few of them. Maybe like out of all them songs….maybe like four of them.

TRHH: In RZA’s new book The Tao of Wu he talks about how you and him moved to Ohio and all these negative things happened and it changed his life. Did you have the same life altering experience that RZA did during that time?

TRHH: He said you got shot and he got arrested for attempted murder. A bunch of bad shit just started happening and it made him more focused on the Lessons.

Ghostface Killah: Oh, aight. Well going through experiences will change your life. I never had a chance to read the book so I don’t really know what he said. That’s just all experience for us. We went out there doing what we was doing and got caught up–regular New York kids. That’s what it was.

TRHH: There’s a lot of internet buzz about you and Def Jam parting ways. Can you clarify what’s going on with Def Jam and talk about what’s in the future?

TRHH: ‘Paragraphs of Love‘ is my favorite joint on Wizard of Poetry. Have you encountered a situation where you hooked up with a chick who had a man and it turned out well?

Ghostface Killah: I mean you go through that. Sometimes chicks do cheat on their man and shit. The girl was pregnant in there and she was nice and shit like that. But nah, I never really dealt with other pregnant women that was like that, nah.

TRHH: The album with you, Rae, and Meth is dropping on December 22nd, what’s the title for the album?

Ghostface Killah: I gotta have a title within the next two days. So that still don’t got a title yet.

TRHH: RZA publicly said that he wanted to throw some beats on there. Are you OK with working with RZA after having issues with him…

TRHH: So, what’s next for you after the album with Rae and Meth?

Ghostface Killah: Uhhh…. I gotta sit down and just map the rest of my life out and I’ll know in a couple of months.

Sherron Shabazz is a freelance writer with an intense passion for Hip-Hop culture. Sherron is your quintessential Hip-Hop snob, seeking to advance the future of the culture while fondly remembering its past.
View all posts by Sherron Shabazz →
This entry was posted in From the Vault, interview and tagged Baby, Def Jam, From the Vault, Ghostdini: Wizard of Poetry in Emerald City, Ghostface Killah, interview, Paragraphs of Love, Wizard of Poetry tour, Wu-Tang Clan. Bookmark the permalink.