From the Vault: Zumbi 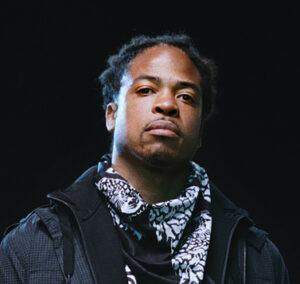 2021 unfortunately saw the passing of many Hip-Hop giants. DMX, Shock G, Gift of Gab, Prince Markie Dee, Black Rob, and Biz Markie are just a few of the Hip-Hop artists that we lost this year. We also lost Bay Area emcee Zumbi of Zion I.

Steve “Zumbi” Gaines passed away on August 31, 2021 at the age of 49. The Oakland rapper was recovering from COVID at the time of his death, but was reportedly involved in an altercation with the medical staff at the Alta Bates Summit Medical Center in Berkeley, CA. The family of Zumbi hired attorneys to investigate his death.

My first time interviewing Zumbi was in the fall of 2010. At the time, Zion I was on tour with Rebelution and I got to chat with Zumbi about their tour stop in Chicago, the Bay Area’s impact on Hip-Hop, and Zion I’s upcoming album, Atomic Clock.

Zumbi was always a class act and a joy to interview. Hip-Hop lost a great one.

TRHH: How have you enjoyed the tour so far?

Zumbi: This tour has been dope so far. It’s always a good time riding out with Rebelution, they are cool cats and they know how to have fun. Plus, the fans are always open to our vibes.

TRHH: Explain the title of the new album, Atomic Clock?

Zumbi: The title has several layers of meaning for me. To begin, it refers to the immaculate timing which was achieved by all of the musicians involved in the making of this record. Secondly, it alludes to the quickening pace of life in today’s world. It feels like we’ve all been pushed to the limit spiritually, and this record was made with the intent to assist people to tune back in to their own internal rhythms.

TRHH: The new single “Many Stylez” has a Reggae feel to it, talk about how that song came together.

Zumbi: The entire process of this album was very organic, in that we didn’t have time to sift thru piles of ideas. We touched on things rapidly, and if they felt good, then those ideas stuck. Many Styles was no exception to this. Before we created the album, we each played a bunch of music that we were feeling, in order to get an idea for what direction we wanted to move in. I brought in reggae influenced songs by the Specials, and Massive Attack, as well as a ska song by Capital Letters. We’ve been on tour with Rebelution off and on all year, so it just felt like the proper pairing to honor where we’ve been, and what we’ve been listening to.

TRHH: Bay area Hip-Hop has so many different styles, talk about the impact that the Bay has on Hip-Hop music.

Zumbi: I really feel that the Bay helped to pioneer the independent spirit that we now see as commonplace in Hip-Hop. Ever since the early days of Too Short, our artists have been putting out their own records, and carving out careers outside of the spotlight of the majors. Our style is highly compelling because we fuse elements from the rest of the country with our own unique perspective. The styles we profess have ample time to breed and evolve without pressure from having to sell singles, etc. We are masters of creating and sustaining cult-like fans that ride until the wheels fall off.

TRHH: It’ s been 10 years since your debut album Mind Over Matter dropped, how has the group changed since the first joint?

Zumbi: On that first record we were just so happy about making music and having equipment! All we wanted to do was release one album. It is almost surreal to think back to such an innocent period of life. 10 years later, we still have that love, but we also have more responsibilities as businessmen. The Atomic Clock was refreshing because the process felt closer to how we felt on Mind Over Matter, just making music that we love, without all the implications of commerce.

TRHH: What can fans expect to hear on the new album, Atomic Clock?

Zumbi: You can expect to hear masterful production, and heartfelt lyricism. I really just said what was on my mind on this record. Just living in these times is extremely intense, and I wanted this album to speak to folks emotionally and let them know that there are other people out here who are going through the same struggles.

TRHH: You’re performing at Subterranean in Chicago on October 24th, what do you have in-store for the fans in Chicago?

Zumbi: We’re returning to the Chi with high energy, a gang of new material, plus a catalog 10 years deep. I love the Chicago Hip-Hop energy. I feel that it’s one of the stronger energies in the U.S. in terms of understanding and knowledge of the culture. I’ll also be playing some selections from my side project “The Burnerz” which was just released last week. So, be ready for live production, freestyles and true emceeing.

Support the family of Zumbi by purchasing music and apparel at zionicrew.com

Sherron Shabazz is a freelance writer with an intense passion for Hip-Hop culture. Sherron is your quintessential Hip-Hop snob, seeking to advance the future of the culture while fondly remembering its past.
View all posts by Sherron Shabazz →
This entry was posted in From the Vault, interview and tagged Amp Live, Atomic Clock, California, From the Vault, interview, Many Stylez, Oakland, Rebelution, Zion I, Zumbi. Bookmark the permalink.