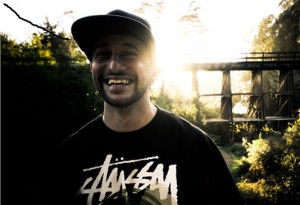 Bay Area producer Nima Fadavi has made a name for himself crafting tracks for some of the best young rappers in the business. His unique sound has been blessed by vocals from the likes of The Grouch, Roach Gigz, Pep Love, Mistah F.A.B., Fashawn, and Berner to name a few.

Fadavi also moonlights as a DJ and aside from club gigs he doubles as Berner’s DJ for live shows. Fadavi and Berner will hit the road this summer on Wiz Khalifa’s Under the Influence tour. The tour also features A$AP Rocky, Trinidad Jame$, Joey Bada$$, B.o.B, Chevy Woods, and Smoke DZA.

Nima Fadavi spoke to The Real Hip-Hop about how he got his start producing, deejaying for Bay Area rapper Berner, and performing on Wiz Khalifa’s upcoming Under the Influence tour.

TRHH: How’d you get started producing?

Nima Fadavi: I wanna say I was in high school. I was just always involved in Hip-Hop when I was in middle school—I break danced and wrote graffiti. As I got into high school I had always had a history of playing music. I played piano at a young age and I messed around with guitar. I always wanted to be involved with Hip-Hop and having a musical background it was just kind of natural to start making beats and producing. I was just having fun with it. I kept doing it and I started taking classes at a community college. They had recording classes and when I started taking those I started noticing that you can really make a living doing this [laughs]. From there I just kept at it and kept doing it—that’s how I started.

TRHH: Would you say more of your music is live instruments or drum machines?

TRHH: What beat making equipment do you use?

Nima Fadavi: Right now I just use Reason, before I used many different things. I used to use an MPC, a Triton, and a Fantom. I feel like with computer programs now you can damn near do everything right on to there. It took me a while to catch on to it because I don’t have the patience to sit down and learn a whole new program. Once I learn something I get comfortable with it and keep using that. It took me a while to transition over to Reason but right now I’m just stuck on Reason and haven’t used anything else.

TRHH: The Bay Area has so many different sounds and flavors, how would you classify your sound?

Nima Fadavi: I would classify it as diverse because I’ll go and work with some of the hood rappers in the Bay but then I’ll turn around and work with some of the boom bap stuff. I try to be as diverse as possible and not pigeonholed myself into just doing one type of sound. I feel that’s really what sets you apart because a lot of people get stuck doing one type of style or one type of thing. As a producer I feel like you should diversify and work with all different types of genres and all different types of subgenres as far as Hip-Hop goes.

TRHH: How’d the song ‘Roll Up’ come together?

Nima Fadavi: I had talked to Los Rakas two months before it–they’re good friends of mine. They said, “We should do something for 420,” so I played them a couple beats. I made that beat like six months before the song came out. It was just sitting on my hard drive. I had the hook that I chopped out of the Wiz verse and I thought it would fit. I played it, they really liked it so later that week we got in the studio and they knocked their parts out with D.A. Go. A week after I was on the road with Berner and we had an open eight bar verse. I played it for him and he liked it so we just knocked out Berner’s verse right there in the hotel room and sent it in for mixing.

TRHH: What kind of mics are you using to record in hotel rooms?

Nima Fadavi: [Laughs] Really whatever we can get our hands on. We have a Blue mic that we use a lot. I deejay for Berner so we’re always on the road and when we’re on the road he uses his Blue mic. Sometimes he might not bring the mic, sometimes somebody else might have a mic. It’s really whatever. As long as the recording quality is decent because we have very good mixing engineers that we work with so when we send it off to them they clean everything up and make it sound way, way better than the original recording did.

TRHH: How did you start deejaying for Berner?

Nima Fadavi: It started over a year ago. We were on tour with Roach Gigz. He was doing support for the tour and I was deejaying the first hour and the in-betweens and stuff. He didn’t have a DJ so he asked to use me. A lot of times that’ll happen on tour if a certain person doesn’t have a DJ whoever the house DJ is for the tour or if someone is deejaying for somebody else will end up deejaying for them. I started deejaying for him and through consistently doing that we had a good relationship and became good friends. Having that good relationship we just built on that and he hit me up like, “I’m doing this tour, you wanna come deejay for me?” I didn’t have anything else planned so we kind of kept moving forward. Eventually we became closer and closer friends and just built a really good relationship together.

TRHH: What’s your opinion of Serato?

Nima Fadavi: I love Serato. I use Serato. I started deejaying without Serato but I mean you gotta love Serato, man. You can take your entire crate of records on your laptop, take your laptop, plug it in, and be good to go. It’s a lot easier than carrying crates of records around. A lot of people don’t agree with it but my personal opinion is I love using Serato. It makes things very convenient. At a certain point you have to understand certain principles about deejaying.

TRHH: What’s more fulfilling for you, producing or deejaying?

Nima Fadavi: Producing. I love producing more than deejaying. Deejaying, I kind of got into it through producing. It kind of goes hand in hand. If you’re producing for an artist a lot of times they won’t have a DJ for the road so I’ll just go on the road with them. I just started doing it through that and I started having a lot of fun with deejaying. I still have a lot of fun with it, but for me, producing is a lot more rewarding and more fun for me to do.

TRHH: Are you receptive when an artist turns down a beat of yours? How do you deal with that?

Nima Fadavi: It really depends. I feel like it’s gotten to the point where I’m old enough now and I really don’t take it personal. I understand that not everything is going to work out for everybody. When I was younger I’d get mad about it but now it’s like when the timing isn’t right or the beat isn’t right it’s not always going to work out. I feel like you just have to have a positive attitude and not take things personally.

TRHH: Talk a little about the song ‘Kush Jars’.

Nima Fadavi: ‘Kush Jars’ was a song I did with Fashawn maybe two years ago. I’ve known Fashawn and his manager for a while, they’re super cool people. We’ve had a good relationship for a long time just being friends. Whenever they’d come into town we’d kick it. I submitted some beats because he was working on his project. That was one of the beats for the project and he sent it back after he had his hook and his verse on it and he was like, “Yo, I wanna get Berner on this song.” It was before I was even working with Berner so I reached out to Berner and he definitely wanted to do it. Time passed and nothing really ever happened with it—it was just kind of sitting on my hard drive. When we went on the 2050 tour this past fall me and Berner were just talking and I said, “Remember that song that I sent you for Fashawn?” He said, “Yeah, I never did it.” I said, “I got it with me right now, you wanna do it?” He said, “Yeah, fuck it.” So I pulled it up and somebody else had a mic on the tour so we just knocked it out on the tour bus. We sent it back to Fashawn, got it mixed and it made it on to his project.

TRHH: Who are some artists that you’d like to produce for in the future?

Nima Fadavi: There’s a lot. I’d really like to work with Wiz, he’s a good friend and we have a great relationship. As far as Bay Area artists I’d really like to work with The Jacka, that’s somebody that I haven’t worked with before. E-40, Too $hort, Curren$y the list could go on and on. Definitely Nipsey Hussle, that’s one of my top favorite artists. I stay listening to his stuff.

TRHH: What do you have in-store for fans on the Under the Influence tour?

Nima Fadavi: I’ve been working on a new mixtape that I’m planning to drop right before the tour to kind of go on there and promote it. Me and Berner have been working on a lot of new music so we’re hoping to drop some of that before the tour as well and keep it moving. Berner has his Drugstore Cowboy mixtape coming out which is produced entirely by Cosmo who is a really good friend of ours. There’s going to be some bonus tracks so I’ll hopefully get some beats on there. We have a bunch of singles that we’re going to be dropping for free download online before the tour as well to kind of push it. I’m looking forward to it.

Sherron Shabazz is a freelance writer with an intense passion for Hip-Hop culture. Sherron is your quintessential Hip-Hop snob, seeking to advance the future of the culture while fondly remembering its past.
View all posts by Sherron Shabazz →
This entry was posted in interview and tagged Berner, DJ, interview, Kush Jars, Nima Fadavi, producer, Roll Up, Under the influence tour. Bookmark the permalink.