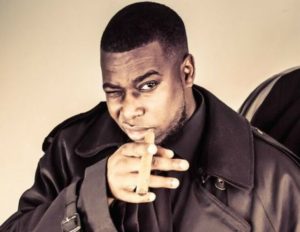 Stallone & Weathers is a 6-track EP released by Kick-A-Verse Music Group. The release is produced entirely by K-Hill and features a guest verse by Mosca Flux.

TRHH: Why did you name the group Stallone & Weathers?

K-Hill: Wow, good question. Are you familiar with the movie Rocky?

K-Hill: Okay, well we originally wanted to name the group “Rocky & Apollo” like a team. We wanted to be a team and come up with a good name for the group. I thought it was a little too obvious so we had to put a little twist on it to avoid a lawsuit. I said, “Okay, why don’t we name the group after the actual actors in the movie?” Rocky was Sylvester Stallone and Apollo was Carl Weathers so we named the group Stallone & Weathers. We thought it was an interesting twist and to have people asking just like you, why we named the group Stallone & Weathers.

TRHH: How did you initially hook up with Precyce Politix?

K-Hill: I heard a demo of his years ago through some mutual friends. I inquired about who he was. They told me who he was and we ended up meeting later on at a show. He said, “K-Hill, I want you to take me under your wing,” so I did. We started recording a little bit together and I liked what he had to bring to the table. He’s an authentic New York emcee and one of my bucket list goals was to make a classic New York project. I’m not from New York, I’m from North Carolina, but I do make beats and whatnot. He helped me fill up that bucket list. Him being from Brooklyn, still having the accent and the lingo, he helped me cross one of my goals off of the bucket list.

TRHH: I love the sound of the song ‘The Feeling’. How did that song come together?

K-Hill: Wow, okay. When I made the beat I sampled that song Johnny Mathis song Feelings and put it to some hard body drums and chopped it up a little bit. When I made the beat, I was like, “Wow, yo!” It gives you that classic feeling from Illmatic and the golden era Hip-Hop age. It gives you that feeling when it’s cold and you get in your car and you got that classic record bumping. When it’s time to break out the Triple F.A.T. goose and toboggans for the winter, it’s that feeling, man. It gives you that nostalgic feeling and whatnot. When he put his vocals on the record it brought it out even more so we just called the record “The Feeling” and ran with it.

TRHH: How have you improved as a producer since you first got into the game?

K-Hill: I’ve improved a lot. One thing I didn’t understand when I started making beats was I didn’t understand the importance of melody and swing. That’s something that I learned throughout. When I first came into the game I was just making beats. I was just looping and putting drums under them. I didn’t understand transitions, swing, or how important melody was. You can make a beat – that’s one thing, but when you have something that’s melodic it will always stick in somebody’s head. That’s just something that I learned over the years. I learned how important tempo was. You don’t always have to make a super-fast beat or something that’s slow. You gotta make something to give people that head nod so they can develop some type of rhythm to the beat. I’m still learning! I definitely haven’t perfected that craft. Just like technology, beat making changes every day, man. It does. It’s something you could learn with it every single day. There’s never enough knowledge you could intake with music.

TRHH: If you could produce an album for emcee who would it be?

K-Hill: Nas. Nas, all day long, Nas, man. It would be Nas or Big Daddy Kane, straight up!

K-Hill: Those are my favorite guys. Nas, Kane, and Royce are my favorite emcees, period. When I met up with Precyce Politix, even though he’s still on the come up he has the attributes that those emcees have. That’s why it was so easy to put together the Stallone & Weathers project. I’m like, Wow, man, this is the type of emcee that I always wanted to work with. I’ve worked with different people but he’s got those standards and those goals that I’ve always been looking for in an artist.

TRHH: On the song ‘Olympics’ Mosca Flux spits a verse. She’s super dope. What was it like working with her?

K-Hill: Yep! Ah man, Mosca is super, super cool to work with. She’s humble, hungry, and ready to work. I would work with her any time, man. She was a delight to work with and she’s a dope emcee as well. She has her own thing that she does. She’s one of our people but she’s not officially a part of our crew. When we heard the record, we knew she would kill that. I don’t know if you remember Capone-N-Noreaga – Bang, Bang or Mobb Deep’s Quiet Storm with Lil’ Kim but that’s the same effect that we wanted to have when we made Olympics and we accomplished that.

TRHH: Can we expect to hear a full-length project from Stallone & Weathers?

K-Hill: Absolutely, yes sir. We’re in the middle of working on that right now! Right now!

TRHH: When can we expect to hear that?

K-Hill: I hope to have it done before summer. I don’t have an official date because a lot of stuff can happen in between. We can do some super collab that we didn’t expect to happen while we were working on the album – anything! I expect to have a full-length out before summer. What’s going to happen is we’re going to be hitting you with loosies here and there in between. We’re going to drop something that’s not on the EP. We’re definitely going to do what we can do keep the name out there and active.

Sherron Shabazz is a freelance writer with an intense passion for Hip-Hop culture. Sherron is your quintessential Hip-Hop snob, seeking to advance the future of the culture while fondly remembering its past.
View all posts by Sherron Shabazz →
This entry was posted in interview and tagged Brooklyn, Durham, EP, interview, K-Hill, Kick-A-Verse Music Group, New York, North Carolina, Precyce Politix, Precyce Politix and K-Hill are: Stallone & Weathers, Stallone & Weathers. Bookmark the permalink.