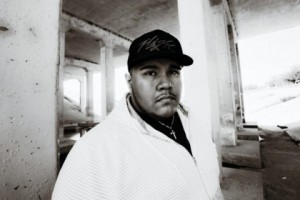 Chicago is a blue collar city. Despite its ritzy downtown and its well-to-do suburbs the Chicagoland area is full of hardworking everyday people. Enter Scheme, a Mexican-American lyricist from the city of Chicago who exemplifies that blue collar work ethic.

Scheme has a couple of albums and EP’s under his belt in addition to a handful of mixtapes, and he continues to grind—he’s from Chicago. With a mixtape and full-length LP in the works for 2013, Scheme periodically hits fans off with a taste of his music to hold them over until his album drops. The Pesos Turn to Dollars LP will be released in 2013 but will be preceded by a mixtape titled A Pocket Full of Pesos.

The Real Hip-Hop spoke to Scheme about his musical inspirations, the exploding Chicago music scene, and his upcoming projects for 2013.

Scheme: La Clika translates to The Clique. It started off as something I would write as a lyric in joints to talk about both cliques I represent which is Molemen and SRNC. So I would just call it La Clika. Once I decided to write my first single in Spanish and English, I liked it as a concept. I wrote the hook and it just felt right. When we dropped the single people started hitting me up from Mexico, Colombia, Dominican Republic, Chile and all around the U.S. telling me they were representing La Clika out there. I realized there was more to it than just the name of the single. People related to it on a bigger level and it’s something they feel a part of and they want to represent. I’m proud of that and making that the movement.

Scheme: The major concept of Vista Del Mar is that my grandma has never seen the ocean, and since I have never had the opportunity to take her, I brought it to her, even if it was just sonically. I started off the record just talking about how I was brought up and the environment we lived in, and then transitioned into her story. How she’s never done anything to harm anyone and all she honestly knows how to do is love. Then I focused on how one day, given God grants me the opportunity, I want to take her to visit the ocean, but for now I brought it to her.

TRHH: Why is it important to you to make songs for Spanish speaking Hip-Hop fans?

Scheme: I grew up on Hip-Hop, and was raised in a Mexican household. I always wanted to combine both cultures that raised me. I related to everything the emcees said growing up; I was raised in the inner city of Chicago in the 90’s, I seen and heard it all. But one thing that was always missing was my culture. I didn’t hear the story of my parents, being immigrants in the U.S. and the story of their struggle. I started making it a point to write that story in my English songs, but I realized some of the people that could relate to it were solely Spanish speaking, so I wanted to make sure that I could get it to as many people as I possibly could. Spanish is my first language, I just wanted to perfect my delivery and translate what I create in my English music. It just feels good to make music however I want and tell my story, which is the story of many out there.

TRHH: Tell me about the Pocket Full of Pesos mixtape.

Scheme: It’s a prequel to the Pesos Turn to Dollars LP. It’s going to be a mixtape of all the remakes I’ve dropped, plus some new ones; in English and Spanish as well. Just to get people more acquainted with me making music in both languages and give them something before the LP drops. Scend is handling all of the mixing and we’re bringing it to you in a real mixtape format. No screams, just scratches and blends.

Scheme: I had many influences growing up, 2Pac, Nas, AZ, Big Pun, Eminem, Jay, Andre 3000, Big L, and Scarface. I was always just influenced by good lyricists that had style. You can be saying some great things in your raps, but if you don’t know how to deliver it, the message might not get across.

TRHH: The Chicago music scene has taken off as of late with Chief Keef, King L, and Rockie Fresh all scoring major label deals. What’s your opinion on this new light that’s being shined on Chicago Hip-Hop?

Scheme: I respect all my people out here working and putting on for home. I’m a fan of King Louie, and Rockie is the homie. He’s always been cool with me and shown nothing but love. I don’t know Chief Keef, and only know what’s been presented to us via the media. I always say, I can’t stand out here and judge anyone, if I don’t know the complete story. We can easily point the finger and blame someone for what they are doing, but that doesn’t solve anything. I don’t agree with these shorties out here at 11 and 12 holding guns, but I think that goes beyond the music. It definitely doesn’t help it being portrayed as the shit being cool in videos, but unfortunately that’s the reality. When the cameras stop rolling, these shorties are still out here dying. The problem is bigger than the music. But not to stray away any more from the original question; I dig the shine Chicago is getting. It gives us the opportunity to show what we do here and let the work show. It’s now up to us the artists, and the people in good positions at these labels to pick out some of this good talent out here representing Chicago.

TRHH: The Two Turntables & a Mic: Pete Rock Series was incredible. How’d you come up with that idea and what do you and DJ Scend have planned for an encore?

Scheme: We’ve been doing these TT&AM series for a bit now. The Pete Rock series was actually our fouth one. It was real dope to actually have him hit us up and co-sign it. The original concept was brought up because Scend had just started deejaying for me and I wanted him to be more in the forefront of everything I did musically. I didn’t want him to be just the person who deejays for me at shows; I wanted to keep the DJ and emcee duo alive. We thought that paying homage to some of our favorite producers by having him mix some of their beats and having me rhyme over them would be a good concept for people to see us working outside of shows. People really took a liking to the concept and we’ve received a lot of love from them. We definitely have the next one coming real soon. We like to keep you all guessing on which producer we are using though.

TRHH: The last time we spoke you said you learned how to balance your music so that anyone can enjoy it. What new things have you added to your emceeing repertoire since 2011?

Scheme: Been keeping that same mentality. Style, subject matter and overall approach to it always changes. You keep what works and better what hasn’t. Just keep adding delivery styles and my ear for production has grown. I know what sound I’m going for, and stick to doing whatever I want. I never let what others think dictate my sound. Put me on any record, I’ll do it my way and still make it sound effortless. Making music is about growing and finding who you are, but also adapting to the times.

Scheme: Pocket Full of Pesos Mixtape, Pesos Turn to Dollars LP. A couple of EP’s in the works, new TT&AM series, and many other things we’ll keep under the radar until they get solidified. But understand we’re working, and we plan on making our mark in this culture we love.

TRHH: What can fans expect to hear on Pesos Turn to Dollars?

Sherron Shabazz is a freelance writer with an intense passion for Hip-Hop culture. Sherron is your quintessential Hip-Hop snob, seeking to advance the future of the culture while fondly remembering its past.
View all posts by Sherron Shabazz →
This entry was posted in interview and tagged A Pocket Full of Pesos, DJ Scend, interview, Pesos Turn to Dollars, Scheme, Two Turntables & a Mic. Bookmark the permalink.