Termanology: Shut Up and Rap 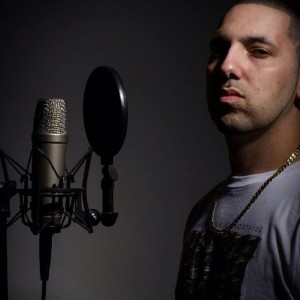 Shut Up and Rap!? I couldn’t have said it better myself. The request is not only an appeal to today’s rap artists, it’s also the title of the latest offering from Lawrence, Massachusetts emcee Termanology. While Term is a new school artist he has a golden era approach to emceeing and puts lyrics at a premium – Shut Up and Rap is a perfect example of that.

Termanology spoke to The Real Hip-Hop about his new album, Shut Up and Rap, the Good Dad Gang movement, and his upcoming album, Politics as Usual 2.

TRHH: What’s the meaning behind the title Shut Up and Rap?

Termanology: It’s a catch phrase and it also means there are lot of people out here doing a lot of talking and they can’t really rap.

TRHH: Did you purposely fill up the album with a lot of features?

Termanology: Yeah we kind of tried to shed light on Boston. I recorded the album in Boston so a lot of the people on the album were Boston rappers. Cyrus Deshield is from Boston, Chilla Jones, and Michael Christmas. Ea$y Money is from Haverhill which is near Boston. I was kinda giving dudes a chance around the way to flex their skills on the album.

TRHH: Tell me a little about the joint ‘The War Begins’.

Termanology: We felt it was a good way to get off the album with that. I like to set off my albums aggressively. On the last joint there was a joint called ‘Scandalous’ with Chris Rivers so this was kind of a part 2 to that. It was me, Chris Rivers, my artist H Blanco, and Inspectah Deck from Wu-Tang. I want to throw a couple more emcees on there to give it some extra life.

TRHH: What’s your writing process like? Do you write to the beat or whenever you feel inspired?

Termanology: If it’s up to me I’ll write to the beat. Sometimes if I think of something hot I’ll just write it down in my phone or on a piece of paper.

TRHH: You’ve always had a hardcore East Coast sound. What do you make of the wave of East Coast cats rhyming with a southern sound?

Termanology: I got mixed feelings on it. In a way I feel like it’s really wack, but at the same time it’s been such a long time that the music has sounded like that so to the younger crowd that’s Hip-Hop to them. They like that shit. I can’t be too mad. It’s wack when I see OG’s from the East Coast rapping like they’re from the South over trap beats. It’s kind of wack sometimes.

Termanology: I take such pride in being a good father and spending as much time with my kids as I can. It’s something that I hash tagged and I never really intended it to become a clothing line and everything else that it’s becoming. I’m really happy I did it because I opened a lot of people’s eyes. People are buying the clothes like crazy. Females are rocking it and supporting so I’m happy. It’s all about motivating fathers to spend as much time with their kids as they can. Money is cool, but you’ve got to be there and document it so you can see it later. Your kids are only going to be small once so you have to instill that knowledge at an early age.

TRHH: How difficult is it for you personally to spend time with your kids having the career that you have?

Termanology: Oh it sucks. It’s rough. I’m on tour right now. I haven’t seen my kids in over a week now. If I wasn’t on tour it wouldn’t be like that. I’d be trying to hang out with them as much as I can. As a parent it really sucks, but at the same time I’m able to supply a certain type of lifestyle for them. What I’m doing now with all this grinding is to set up their future so I gotta do what I gotta do.

TRHH: How has the Shut Up and Rap tour gone so far?

TRHH: Do you have plans to tour anymore this year?

Termanology: Yeah, February 13 the EST tour starts in New York. That’s me, Edo.G, REKS, Akrobatik, and DJ Deadeye. We’ll be in Rome, Paris, and a whole bunch of other countries.

Termanology: I’m really trying to build the Good Dad Gang movement, the website TermanologyMusic.com, and my clothing line Term Gear. My artist Ea$y Money is dropping his new album. DJ Deadeye is dropping a new album. Politics as Usual Part 2 is my new album. It has beats by DJ Premier, Q-Tip, Statik Selektah, Buckwild, 9th Wonder, Evidence, and J.U.S.T.I.C.E. League. It’s really crazy and it’s shaping up to be some kind of a masterpiece.

TRHH: When will we hear Politics as Usual 2??

Termanology: I’m hoping for like April or May – we on it.

Purchase: Termanology – Shut Up and Rap

Sherron Shabazz is a freelance writer with an intense passion for Hip-Hop culture. Sherron is your quintessential Hip-Hop snob, seeking to advance the future of the culture while fondly remembering its past.
View all posts by Sherron Shabazz →
This entry was posted in interview and tagged Good Dad Gang, interview, Shut Up and Rap, Termanology, The War Begins. Bookmark the permalink.