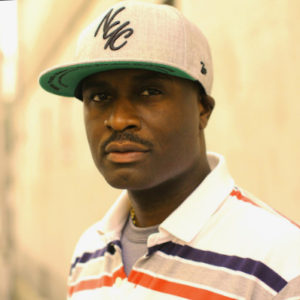 Wildelux is globetrotter. Originally from the Bronx, the no-nonsense emcee spent time in Los Angeles before moving to Japan. He’s performed and collaborated with artists from several countries. In keeping with the international theme, Wildelux teamed up with German producer Roccwell in 2018 for a 6-track EP called, “The Nomad in No Man’s Land” and kicked off 2019 with a project alongside Swedish producer Marc Swing titled, “Open Letters.”

The Nomad in No Man’s Land is produced by Roccwell, with one track being remixed by Wildelux himself. The Vinyl Digital release features cuts by DJ Modesty and DJ Case. Open Letters is a 15-track produced entirely by Marc Swing and features appearances by King RA, Ture Butler, Skoob, Enee One, and Black Fist.

The Real Hip-Hop chatted with Wildelux about his move to the land of the rising sun, working with Roccwell and Marc Swing, and his new projects, The Nomad in No Man’s Land, and Open Letters.

TRHH: Why’d you title the EP ‘The Nomad in No Man’s Land‘?

Wildelux: I kind of have this motto that I live by and it’s “Don’t look back, try not to be stagnant, and make sure you’re always moving forward.” Even if it’s baby steps make sure you’re moving forward. A nomad really doesn’t have a home. He’s always on the move. That’s been pretty much my life. I’ve always on the move. I’m originally from New York, I lived in Cali for a while, and I’m here in Japan now. I’ve traveled around the world and the world would be no man’s land – uncharted territory for me to see. That’s why I titled it “The Nomad in No Man’s Land.”

TRHH: How did you end up living in Japan?

Wildelux: I came here in like ’99. I lost my job and had the opportunity ten years ago to come out here. I was like, “Let me try it.” I never lived in another country before. I did it. It’s been ten years now.

TRHH: Are you a citizen?

Wildelux: Not a citizen. Before I had something that we would call a Visa, but now I have something that’s called “eijuken” that would be similar to a green card in the United States.

TRHH: What city are you in?

TRHH: Ah, ok. How’d you and Roccwell get together to decide to record the EP?

Wildelux: We met through a mutual friend in Dortmund, Germany named DJ Chuck Joris. Roccwell was out here on vacation and Chuck gave Roccwell my information and we linked up. Roccwell was here in Kyoto and we had some drinks and dinner. Right after that we decided to work on some music together. We vibed really good together.

TRHH: What was the process like recording the EP with you two in different countries?

Wildelux: I have my own recording set up here in the house, so it’s pretty easy. It’s just a matter of him sending me the tracks and me sending the files back to him. It was just a process of us sending files back and forth, approving things, changing this, adjusting this, switching that, and so on and so on. It was pretty easy.

TRHH: How did the single “Make it Hot” come together?

Wildelux: When I first did it, it was cool, but once the scratches were laid down by DJ Case we knew it had to be the first single. It just sounds different from a lot of stuff that’s going on now. With Hip-Hop now, especially on the underground level, it’s the slow flow, sample, no beat type of thing. This had a little bit of energy to it so we decided to do something like that, so it became the first single.

TRHH: You’re also a producer; is it difficult for you to turn over the keys to other people completely?

Wildelux: Not at all, not at all. I have no problem working with other producers as long as the production is really, really good. There is no ego involved. If it’s dope, it’s dope. I gotta shout out Roccwell for allowing me to throw a little remix on there as well.

Wildelux: I have an MPC Studio, I have my Rokit 5 speakers, and an iMac computer. In terms of software I’m using Ableton.

Wildelux: Something that I was told a long time ago was when you write music you should always write in abundance. I’ve always had that mindset of writing in abundance. When you have your own set up in the house you learn to record in abundance. I did that song quite a while back for another project. Unfortunately, that project never saw the light of the day. Me and the producer loss communication or whatever. I actually had that file on a hard drive. Unseen Monster is basically talking about the fear that’s around us – things that we see on the news and things that we hear. There’s a lot of fear surrounding us. Basically, I’m just telling people as I said in the beginning of the song, “I’ve got three words for you – live your life.” You have to live your life. You can’t be shook or scared about what’s going on in the world. You just have to go out there and maneuver the best way you can. But the Unseen Monster talks about the fear that surrounds us.

TRHH: Is that fear something you’ve experienced personally?

Wildelux: Yeah, of course. Just going back to leaving New York and moving to Cali, that was crazy. But once I made that move and started traveling around the world I saw that it was just fear that was cooked up in people’s minds due to whatever they see on the television or what they hear from other people.

TRHH: How did you hook up with Marc Swing for ‘Open Letters’?

Wildelux: Marc Swing and I hooked up back in 2007-2008. At the time he was doing a compilation album called “Global Grind” and I did a song on that album. Three years ago, he approached me to do a full album with him and that’s how Open letters was born.

TRHH: On the song ‘Bla Bla Bla’ you said, “How we get here, who lowered the bar/How the average Blow Joe without a flow become an overnight star?” What is the answer to that question?

Wildelux: I think it’s a combination of the industry as well as society. We have let the industry dictate to us what’s good and what’s not through endless force-fed promotion. If you hear and see something a million times a day it will start to grow on you. We as a society have allowed that to happen. No one questions anything anymore and if we do we are labeled as haters or jealous. So, who lowered the bar? We are all guilty of it. It’s very easy to become an overnight star with all of the technology that is at our fingertips. It’s all about the hustle, the grind, which I am not mad at, instead of talent.

TRHH: Why is the album called ‘Open Letters’?

Wildelux: The title “Open Letters” is me writing to the world about things that are going on in it. That’s why you have songs like Life of a Goldfish, Peace, A View Out My Window and so on. Giving the world a wake-up call without being too preachy about it!

TRHH: What do you want people to take away from Open Letters?

Wildelux: With Open Letters I want people to really listen to what’s being said in the lyrics. It took us 3 years to complete this album. It’s just not a bunch of singles slapped together. There is a lot of things that people can take away from it, whether they can apply it to their own lives, taking a look at the situation that surrounds them or getting people to understand the power that dwells in them.

Sherron Shabazz is a freelance writer with an intense passion for Hip-Hop culture. Sherron is your quintessential Hip-Hop snob, seeking to advance the future of the culture while fondly remembering its past.
View all posts by Sherron Shabazz →
This entry was posted in interview and tagged Bla Bla Bla, Bronx, Germany, interview, Japan, Kyoto, Make it Hot, Marc Swing, Munich, New York, Open Letters, Roccwell, The Nomad in No Man’s Land, Unseen Monster, Vinyl Digital, Wildelux, Wildelux & Roccwell. Bookmark the permalink.