A Conversation with Bernadette Price

Posted on October 2, 2017 by Sherron Shabazz 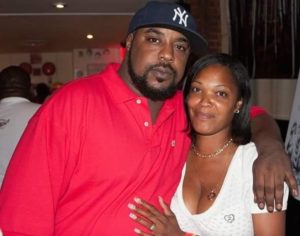 Photo courtesy of Duck Down Records

On August 8, 2015 the Hip-Hop world lost one of its giants when Sean Price passed away at the age of 43. From his work with Heltah Skeltah, Random Axe, and his solo material Sean Price was consistently one of the nicest emcees in Hip-Hop. His gritty, yet humorous style of rhyming garnered him fans all across the globe – he was beloved in the world of rap.

I interviewed Sean Price on a few occasions and the thing that stuck with me the most was just how much he loved his family. Sean contemplated leaving rap to work at Costco because, “Pride don’t feed the babies.” Sean left behind three children and a wife, Bernadette, who took on the task of sifting through Sean’s music to give his loyal fans a gift called “Imperius Rex.”

The Real Hip-Hop spoke to Bernadette Price about putting together Imperius Rex, the hardships her family has faced since losing its patriarch, and the legacy of her husband, Sean Price.

TRHH: How does it feel that Imperius Rex is finally here and being so well received?

Bernadette Price: It feels great. I was excited to let it go.

TRHH: How long ago did you finish the album?

Bernadette Price: I would say maybe two months before it came out it was done. It was some things coming in a little late, but it worked out.

TRHH: How difficult was the process of going through all of his music to put Imperius Rex together? I know it must have been a lot, I even sent him beats at some point.

Bernadette Price: It was difficult having to sit there and listen to him and dealing with the things that I was dealing with after his passing. It was very difficult.

TRHH: What troubles did you have after he passed?

Bernadette Price: People change. What I thought while he was here wasn’t all that I was seeing while he was gone. It was a lot of that, and then the emotions of having to deal with our children at the same time while dealing with everything else.

TRHH: How are the children holding up? I know you have the baby and two older ones. Shaun was five when he passed, right?

TRHH: How have the kids been since he passed?

Bernadette Price: Definitely it’s different. The older ones are spaced out. They’re over here and over there trying not to think about it. Baby girl goes through it a lot.

TRHH: Before Sean passed I kept hearing him say he was planning to drop an album called “Niggletius Con Queso.” Why was the title changed to Imperius Rex?

Bernadette Price: [Laughs] It was changed because I told him that I didn’t like that title. A lot of people call him by his album name. To avoid any type of misunderstanding I said, “Nah, you gotta change that,” and he understood so we changed it. That’s how Imperius came about.

Bernadette Price: I mean it is a dope line, but nah, not for that. That’ll cause problems in the future.

TRHH: You appear on the album rhyming a little bit, how was that for you to get in the booth and let your voice be heard?

Bernadette Price: I just thought about him and all that other stuff went out the window. I didn’t think nothing of it, really. I’ve been around him a long time so I picked up a lot of things.

TRHH: Were all of the features on the album done after Sean’s passing?

Bernadette Price: A lot of them, yeah.

TRHH: How many actual songs on the album were done before he passed?

Bernadette Price: Four. I can’t even say whole songs because when Sean wrote, every 16 was a start to a new song or it was finishing up another song. I just basically built it up that way.

Bernadette Price: I love them all [laughs]. To me the whole album is my favorite right now.

TRHH: I interviewed Sean like three times and he was always a funny guy and one of my favorite people to interview. How different was Sean the rapper to Sean the man?

TRHH: How long were y’all together?

TRHH: Sean always mentioned you in his songs, which is rare in Hip-Hop. Most rappers don’t even acknowledge that they’re married. How did you feel being shouted out in your husband’s music over the years?

Bernadette Price: [Laughs] In the beginning you’re one way and once you get it and understand then you feel more free to open up and be like, “This is who I am, this is what it is.” You hear him say that a lot, “It is what it is.” It felt great to me. It didn’t bother me [laughs]. He’d always ask me, “Can I say this, can I say that?” when it was concerning me or any other woman. It was cool.

TRHH: I watched an interview with him where he talked about rappers throwing away money in the strip club and he said, “How do you think your wife would feel about that?” It’s not something I would consciously think about but I was like, “Wow, he’s right.”

Bernadette Price: [Laughs] Right. I mean, like I said he grew. He grew tremendously. I’m not going to say our relationship was perfect, because no relationship is perfect. We grew together. He noticed his faults and I noticed mine. Once you get past that and you understand you become more aware. Me being his wife, there are feelings for everything that the husband does. Women are not just crazy [laughs]. Some you do have that are crazy, but for the most part they are not. It’s always something that a man does to make them crazy. Once you start realizing you become aware, get it right, and everything is gravy.

Bernadette Price: Nah, it’s true! Me and him we grew up from teens. There was a lot of things that were going on that shouldn’t have been, but like I said, everyone is growing. You adapt to the negative as well as the positive. With growth everything’s made great [laughs].

TRHH: Will there be more Sean P music in the future?

Bernadette Price: Yes, there will be. He definitely let me know and a few others know that this is what he was working on. There will definitely be more.

TRHH: What is Sean Price’s legacy in Hip-Hop?

Bernadette Price: It’s awesome. He’s a great person in and out, regardless of anything. He’s definitely missed. His legacy means a lot to everyone around the world, and I’m going to try my best to keep it going as long as I’m here. It’s going to be great.