A Conversation with Big Ghost

Posted on September 21, 2015 by Sherron Shabazz 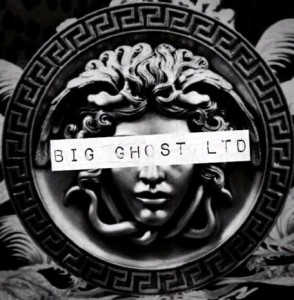 If you take part in social media chances are you’ve heard of Big Ghost. The mystery man made his name by writing hysterical, yet accurate album reviews about the latest releases in rap. His track-by-track breakdowns showed that Big Ghost is not some keyboard warrior; he’s a student of the game and undoubtedly a lover of Hip-Hop culture.

What the world did not know about Big Ghost is that he’s also a talented music producer. His skillset is on full display on the recently released free EP, Griselda Ghost. Griselda Ghost is 9 tracks of grimy Hip-Hop courtesy of Westside Gunn & Conway of Griselda Records, with the backdrop provided by Big Ghost.

Ghost’s production is stellar from beginning to end. The music on Griselda Ghost is modern, with golden era sensibilities – its dirty, yet clean. In the words of Big Ghost, “This is pure grimy NY hip hop in its purest form.”

TRHH: How did you link up with Westside Gunn & Conway to do Griselda Ghost?

Big Ghost: I had been showin’ love for the whole Griselda movement for a minute before I ever reached out to try to collab. To me they never got the attention they deserved at all. When I become a fan I tend to overcompensate if I feel like a talented artist is being ignored by the public. So I showed wild support. Not too long after they noticed and told me they appreciated it. At the same time I think they kinda respected how I move. Eventually I asked if they wanted to do a project together. They saw the potential and the rest is history. The whole process was organic. No paper work, no egos. Shit happened in two months. They wrote and recorded the verses in a day. We did it for the people.

TRHH: I had no idea you made beats. How long have you been producing?

Big Ghost: For years, bro. But I don’t like to see this as “making beats”. That’s why I never put anything out there, or tried to shop anything, or had a Soundcloud page before this project happened. I wanna create timeless projects. I wanted to curate and build a project from the ground up and really do something special. That’s why even if you don’t enjoy this particular style of Hip-Hop you can hear that cohesion. The shit flows together like a short little audio movie. I don’t have any interest in landing one beat on somebody’s album. If it happens that way, cool. But the idea is to create monumental pieces and really put a stamp on whatever gets put out there.

TRHH: Does the idea of making seamless projects come from your love of golden era Hip-Hop?

Big Ghost: People think I sit in my moms basement rockin’ head to toe Karl Kani gear and Avirex boots, rollin’ oowops while sippin’ on Heineken’s, and watchin’ Beat Street all day scrollin’ thru Hip-Hop blogs on my HP desktop lookin’ for new shit to hate on. In actuality I love a lot of new shit and a lot of newer artists been dope. But you could say I prefer the one or 2 producers with minimal features on a project aesthetic over the 3 features per track a la carte production shit that’s been dominating the game for a minute now. If that’s some old school golden age shit, that’s cool.

TRHH: What beat-making equipment did you use for Griselda Ghost?

Big Ghost: That was all Reason and Pro Tools.

TRHH: Do you have a favorite song on the EP?

Big Ghost: My absolute favorite beat even before they recorded any vocals to ‘em was Fendi Seats. They also happened to both snap on that shit. That one came together like magic, B. My other favorite is Empire — feel like they bodied that one, too. Empire was a last minute addition though. Originally Conway had a solo joint over a completely different beat called Avirex Era in that spot. I was tryna get Action Bronson to jump on that track actually. He was down to do it but it never came together due to time restraints. But it got left off anyways. That shit was bananas though.

TRHH: I first became familiar with you from your album reviews. You’re very opinionated, obviously. Do you think Hip-Hop is currently in a bad place or do you think its current state is a part of its natural evolution?

Big Ghost: I don’t think the music itself is in a bad place at all, fam. Think a lot of really dope music and dope artists get ignored in favor of putting zero talent havin’ muthafuckas and wave-stealing/flow-jackin’ fuckboys on a pedestal. But as far as the artistry itself, we got plenty ill cats bringin’ some fire to the table, B. But at the same time the audience is addicted to fast food. So the healthy home cooked shit gets left off of the plate since the audience prefers french fries and Jello. Like, it’s cool to wanna have some junk food every now and then, but as your whole diet? Where’s the balance? So to answer your question, I think it’s the audience that makes it difficult for cats to truly evolve. Since rappers wanna eat and they know damn well that the masses ain’t tryna allow ‘em to let the creativity flow too far outside the box.

TRHH: Do you think artists like Kendrick Lamar with his success are helping to change the idea of what young artists are “supposed” to sound like?

Big Ghost: Absolutely. Kendrick is cut from the same fabrics that Andre 3000, Nas, Pharoahe Monch, Rakim, and any other rapper that wasn’t afraid to push the boundaries of emceein’ was cut from. Son is on his own cloud right now. Nobody can fuck wit him at all.

TRHH: A few people; even established rappers, thought you were Ghostface Killah at some point. Have you ever actually spoken to Ghostface?

Big Ghost: Nah, only on Twitter and through his peoples. They say he has no issues.

TRHH: Will you ever reveal yourself to the public?

Big Ghost: Nah, I got no interest in doing that, fam. I get the same type of offers and opportunities coming my way regardless.

TRHH: When will we get to hear more music from Big Ghost?

Big Ghost: Workin’ on a couple things as we speak, homie. So let’s just say real soon. I got no interest in over-saturating the game. I don’t want a hit or miss catalog. Everything gotta be 100 fire emojis or better.

Sherron Shabazz is a freelance writer with an intense passion for Hip-Hop culture. Sherron is your quintessential Hip-Hop snob, seeking to advance the future of the culture while fondly remembering its past.
View all posts by Sherron Shabazz →
This entry was posted in interview and tagged Big Ghost, Big Ghost Ltd, Conway, download, EP, free, Griselda, Griselda Ghost, interview, producer, Westside Gunn, Westside Gunn & Conway. Bookmark the permalink.