A Conversation with Vanderslice

Posted on November 5, 2018 by Sherron Shabazz 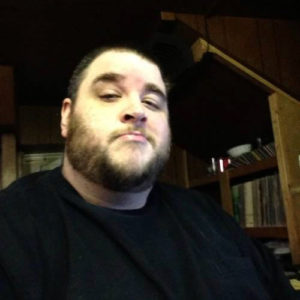 Producer Vanderslice has helped to provide the soundtrack for underground East Coast Hip-Hop for well over a decade. The Phoenixville, Pennsylvania native has crafted tracks for the likes of Apathy, Blaq Poet, Edo.G, and Army of the Pharaohs, among others. The summer of 2018 saw Vanderslice release a star-studded compilation titled, “The Best Album Money Can Buy.”

The Real Hip-Hop spoke to Vanderslice about The Best Album Money Can Buy, his recent health issues, and his upcoming projects for 2019.

TRHH: “The Best Album Money Can Buy” is an ill title. How’d you come up with that?

Vanderslice: Well, we paid everybody that was involved other than my friends. I don’t pay retail for anything. I’m not a sucker and I’m not a customer. Most of the people that I work with, they recognize my talent so they show love. I always want to make sure that everybody involved gets something. Either I gave beats up, or I paid them for their services. I like to break bread because it keeps everybody honest. Once I started racking up the features it was funny because it was like a double entendre. It’s the best album money can buy, meaning it’s the best that my money can get me, and it’s also the best to the listener. It’s a goofy play on words.

TRHH: You have a diverse group of emcees on the album. How did you go about selecting the artists?

Vanderslice: It’s my favorite artists that I like to work with and listen to. I reached out to Slug first. Him and Evidence showed loved. Prodigy was a bucket list thing. I’d wanted to work with Prodigy my entire career. I’m close friends with Kathy Iandoli, and she helped write his prison cookbook. I kept sending her beats saying, “Play ‘em for P!” and a couple of months later she hit me up like, “Hey, he likes this one,” and I’m like, “Yes!” Percee P has been my favorite rapper forever. I don’t care about people that are buzzing and famous and shit. I like to work with who I want to work with and that’s basically how I go about it. If I like somebody I’m going to work with them.

TRHH: How long did it take you to complete the album?

Vanderslice: Oh my god, two years. Again, we don’t pay retail for anything so you’re on their schedule. Plus, everything was done with a handshake. There is no paperwork and I didn’t clear anything. I had people that we relied again. My boy Awar is friends with JoJo Pellegrino. Pellegrino called up Awar like, “I got Ghostface in the studio, stop by.” Two hours later we had some songs done. That’s how we roll. You’re on their schedule so it takes a long time. That’s why I don’t announce anything either. I don’t announce anything until it’s done.

TRHH: The most surprising verse to me was J-Zone’s on ‘Chevrolet’ only because J-Zone seems to be so against rapping these days. How were you able to get him to spit a verse?

Vanderslice: As far as rap music goes J is one of my closest friends. I used to go digging for records with J around 2003, back when he was like the man! I’ve known J for almost twenty years. He’s a close friend of mine and always somebody that I know I can reach out to whenever I have some weird shit happen. He’s been through it all. He’s been through some ridiculous rap shit, so I know whenever I’m feeling down I can just talk to J. If you listen to Fish-N-Grits, he’s got a song on there about Cadillac’s, I traded him that sample for his verse [laughs]. I was like, “Listen, I’ll give you the Cadillac sample if you jump on the fuckin’ Chevrolet shit,” he was like, “Yeah,” and just did it. Dude, I was super-stoked about that because I love J-Zone. I’ve always been a Zone fan. I like his raps, too.

TRHH: Me too. He’s like a dual threat. He does both equally well.

TRHH: Very rare. Some of your music contains samples and some does not. Do you have a preferred method of beat-making?

Vanderslice: No. Honestly, I don’t even sit down to make beats. I don’t really go shopping for records. I just go shopping for good music and the sample is usually right there. If I find something that’s a dope sample, but we can’t make the beat out of it because of lyrics or whatever or some weird instrumentation, I’ll just send it to Steez and if he can’t replay it I’ll send it to MTK, and if he can’t replay it I got a bunch of guys that play anyway. It’s easier to do that instead of trying to chop up something all crazy. If it’s not there, it’s not there, so we just replay it. I don’t ever have a method. I like to sit and listen to music, zone out, and once I hear something that gets me thinking, that’s the beat we’re making.

Vanderslice: I use an MPC X. I use an Akai LPK25 just for quick bass and shit. I use an Arturia MiniLab, which is another keyboard controller. Whenever I get a skeleton of what I want to do, I send it to Green Steez and he has an 88 key customs piano rig. He adds all the layers. I tell people all the time, I bake the cake and he puts the frosting on. I drew the comic and he’s the illustrator. He’s able to bring my vision to life.

TRHH: Do you have a favorite verse on The Best Album Money Can Buy?

Vanderslice: Yeah, Freddie Gibbs. The Freddie Gibbs joint is just stupid. It’s one of my hardest records ever. I think the Blueprint song might be my favorite solo verse, but “My Neighborhood” is definitely my favorite song on the album.

TRHH: If you could produce an album for one emcee you haven’t worked with who would it be?

Vanderslice: That’s not fair because I produced something for Styles P that didn’t make the record, but he would still be number one on my list. I’m a Lox fan. I would love to work hand-in-hand and do a whole record with The Lox.

TRHH: That would be dope, man.

TRHH: You suffered a heart attack recently. How are you feeling now and what are you required to do going forward?

Vanderslice: I feel great. Basically, I have to exercise. I’m only supposed to do 20 minutes a day, three times a week. I’m doing it every day. I’m swimming. I’m eating better – eating salads, and I cut off all sodas. It’s a journey, but I’m built for this shit. I’m not perfect. Vince Lombardi said, “Nobody’s perfect, but if we chase perfection we can achieve greatness.” That’s the path that I’m on [laughs].

TRHH: What’s next up for Vanderslice?

Vanderslice: I have a 7” inch coming out. It’s called “The Trendsetter” because it’s all guys that are up and coming. It’s got G Perico on it. He’s like the next best West Coast rapper – he’s fantastic. It’s got Daniel Son on it, Ty Farris on it, my local dude Capo on it, and Vic Spencer is on it. That shit’s stupid. I got an EP with UFO Fev, who just signed to Fat Joe. That shit is stupid. He’s like the Spanish Nas – he’s incredible. I don’t even say that lightly. Fev is a beast! He’s got a couple of joints. He used to work with Maffew Ragazino and shit. I got an EP with my boy Verbal Kent, which is like a passion project because nobody knows who he is, but I stand by the music. It’s super-tough. We got Awar’s record. I did like four or five beats on there. He’s got a joint with Scarface and Anthony Hamilton that I did and he’s got a joint with Jadakiss and Styles P that I did. I’m steady working. I’m already trying to start another compilation. I’m trying to stay busy, man.

Sherron Shabazz is a freelance writer with an intense passion for Hip-Hop culture. Sherron is your quintessential Hip-Hop snob, seeking to advance the future of the culture while fondly remembering its past.
View all posts by Sherron Shabazz →
This entry was posted in interview and tagged Chevrolet, Hardbody Karate, interview, My Neighborhood, North American Money, Pennsylvania, Phoenixville, Stones Faux, The Best Album Money Can Buy, Thugs Need Hugs, Vanderslice. Bookmark the permalink.