From The Vault: Skyzoo 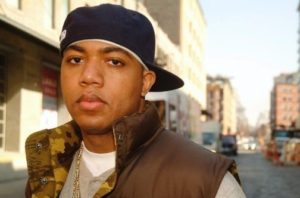 Last month I took readers back to my brief interview with Wu-Tang Clansmen, Ghostface Killah during his tour stop in Chicago in November 2009. The opening act for Ghost on that tour was Skyzoo, who I also had the privilege to interview.

Wu-Tang crowds are difficult to perform in front of. They’re very vocal and rabid. Sky, accompanied by Torae, had no issues commanding the Chicago crowd as he introduced them to his every-man brand of Hip-Hop.

After Skyzoo’s set I spoke to him about his tour with Ghostface, his Saved by the Bell inspired video, and his debut album, The Salvation.

TRHH: How has the tour been so far?

Skyzoo: The tour has been dope, man. Rocking with Ghostface, we’ve been on the West Coast and the Midwest and it couldn’t be better.

TRHH: What have you learned from watching Ghostface perform?

Skyzoo: Ghost gives the crowd 100% and one of the biggest things that I see is he really utilizes his catalog. He has a crazy catalog and he’s on stage for like an hour and fifteen minutes every night. He’s got so many joints to run through and he touches a little bit of everything for everybody in the crowd. He uses his catalog real well.

TRHH: The name of your album is The Salvation, what does salvation mean to you?

Skyzoo: If you had to sum up the album in one word it’s “temptation.” The whole album is about temptation; what drives you and gets you there, what keeps you from it, or whatever it may be. So, salvation played into that theme of, “What’s your salvation?” So, when you listen to the album everything that I’m talking about really happened. Like, every single word actually happened in my life. The music was my salvation in a way. It kept me from certain things and pushed me toward certain things—so it got me where I’m at. When you listen to it hopefully you ask yourself what your salvation is and deal with whatever temptation you may run across.

TRHH: 9th Wonder had a big hand in The Salvation, what’s it like working with 9th Wonder?

Skyzoo: Well, 9th is family. We’ve been working together for a minute, like three or four years now. He’s family and we have a great chemistry together. With the album he contributed a couple joints. As far as being an A&R and overseeing it, I did all that on my own–I’m such a hands-on type of person, creatively and musically. But 9th contributed about five joints to the album. He knows my vision and he knows what I wanna do. He was like, “Yo Sky, you do what you do and let me know when you need me, ‘cause you know what you’re doing, so steer that ship the way you wanna steer it.”

TRHH: The first single is called The Beautiful Decay. Explain the title of that song.

Skyzoo: The title threw a lot of people off. The Beautiful Decay comes from finding the good in whatever is considered to be bad, or vice versa. Dudes where I come from people call them the bottom of the bottom–hustlers, dealers, murderers, dudes that do bids, stick up kids. That was around, that’s what I saw. You look at those guys and people from the outside look in on them like they’re the worst, they’re the scum of the Earth, and they ain’t worth nothing. But we all started from the same place. We were all born the same way and something happened that deterred us one way or another. So, The Beautiful Decay is trying to figure that part out.

TRHH: Do you have any solutions?

Skyzoo: Nah, not really man. I just show the gray area. A lot of people think it’s all black and white but there’s a lot of gray in there. I’m not here to say what’s right and what’s wrong–I’m not a preacher, and I’m not an advocate for anything. I just show you what I know, what my world is like, where I’m from, and what it is. You take what you take from it, whether good or bad.

Skyzoo: Ah man, my favorite emcee from Brooklyn is gonna be between B.I.G and Jay. I respect the old school and know it, I know the culture, I know the classics like Big Daddy Kane, and Buckshot, and everybody that built the borough up to what it is. But I would definitely say B.I.G and Jay-Z just because they had a direct influence on me. With Jay, the way he lived, the music he made, and the way he brought out the honesty with what was going on his life, I try to do that musically myself. As far as B.I.G, I grew up a block away from B.I.G for a long time—literally 30 seconds up the block. So, I saw him come up. The neighborhood was ready to die, that album is about my neighborhood. So, I saw him come out of that and make it. We used to see B.I.G come back to the block and pull up in a Benz or a Lex and all that.–so that was proof that it could happen, know what I mean?

TRHH: The new video for ‘Popualrity‘ is dope. Who came up with the concept for the video?

Skyzoo: I did, I came up with the entire treatment. This year being the 20th anniversary of Saved by the Bell, I was a big fan. The ill thing about Saved by the Bell was no matter where you’re from, the ‘burbs, the hood, or anywhere in the middle, everybody rocked with Saved by the Bell if you were around in the 80’s. Everybody! You can’t front on it, the hardest of the hard, the corner, whatever it is, everybody rocked with Saved by the Bell for one reason or another. With this being the 20th anniversary and me being a fan of it, it just came to me like, “Yo, we should really flip that.” Take that theme and pay homage to it, but flip it—we did it. I was Zach Morris, my man Torae was Slater, Amanda Diva was Lisa Turtle, and we got actors to play the other roles. We got the Bayside T’s and the jackets and everything, it came out dope. It’s being received like crazy.

TRHH: Who’s the finest chick from Saved by the Bell?

Skyzoo: Ah man, that’s so hard! They’re all so bad, man! Jessie Spano, Kelly Kapowski, and Lisa Turtle were all phenomenal! You really couldn’t choose one. That’s why everybody rocks with the show. Even if you couldn’t get into what they were about being from the Valley and all of that, you had to rock with the chicks! If you didn’t rock with the chicks something was wrong!

TRHH: On the song ‘Bottom Line‘ you spit a J Dilla rhyme. I know you’re a fan of Dilla, talk about what Dilla means to you as an emcee and a producer.

Skyzoo: With Dilla he just represents passion in the music. You’re talking about a guy who was making beats on his deathbed. He was in the hospital bed making beats and he was weak but going so hard that he had to take breaks because his hands would swell up. The passion, integrity, and love for the music is what I see in Dilla besides him being the best producer ever. As far as producer rappers, he’s probably the nicest producer rapper. The dudes who produce first and rap second like Pete Rock, Kanye, and people like that. He’s probably the nicest and I think they would definitely say it.

Skyzoo: Ah man… I can’t really pick one, man. If I had to pick one that stood out when you said that it would have to be Elzhi’s “Love it Here.”

TRHH: So what’s next for Skyzoo?

Skyzoo: More touring with Ghostface. I’m personally sponsored by brand Jordan so things like that, continuing to build the brand. Definitely new music but I want to continue to push the album so we have a couple of more videos and singles. I came from the era where you did four videos off an album; you didn’t do one or two and keep it moving. I got like three or four more videos that I’ll let go between now and the summer. It’s just about keeping the album alive.

TRHH: Thanks for your time, man.

Sherron Shabazz is a freelance writer with an intense passion for Hip-Hop culture. Sherron is your quintessential Hip-Hop snob, seeking to advance the future of the culture while fondly remembering its past.
View all posts by Sherron Shabazz →
This entry was posted in From the Vault, interview and tagged Brooklyn, Duck Down Records, From the Vault, interview, Jamla Records, New York, Popularity, Skyzoo, The Beautiful Decay, The Salvation, Wizard of Poetry tour. Bookmark the permalink.