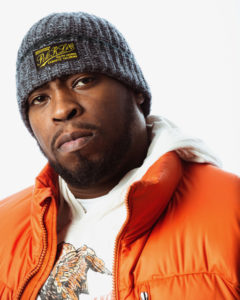 The 11-track album is produced entirely by Kidd Called Quest on Young Black and Gifted Music. Reflections: A Story of My Lifetime Vol. 1 features appearances by Curt Laisi, Tearz, and El Ay.

Jae Hussle spoke to The Real Hip-Hop about mentoring the youth in Rochester, the unlikely emcee that inspired him to pick up the mic, and his new album, Reflections A Story of My Lifetime Vol. 1

TRHH: How’d you hook up with Kidd Called Quest to decide to do a full album?

Jae Hussle: Me and Quest hooked up originally through my man Az when Az was working on his in between project after dropping his first joint with Quest. I always knew who Quest was, but I never really connected with him until one day Az was in the booth and Quest was there. We started building and networking. Networking led to us eventually down the road saying “let’s do some business together.” To keep it one hundred with you, the original connection with me and Quest started off with me purchasing beats from him. Over time he started seeing the grind that I was putting in, trying to do something with myself with this rap. He reached out to Az and said “I want to do something with your boy Jae” and ever since then Reflections: A Story of My Lifetime Vol. 1.

TRHH: On the title track you say “Never treat rap like I need this shit.” What did you mean by that line?

Jae Hussle: A lot of cats put their eggs in one basket. We have to understand as men that there is a fine line between somebody who comes home and where they lay their hat is their home, and somebody that is a provider. As a provider, you understand very fast that you gotta have more than one outlet when it comes to chasing that bag. That’s just me exposing that it’s too many cats out here putting their eggs in one basket. A lot of cats are chasing being a rapper and that’s it. What are you going to do in the meantime? You gotta get a job and support yourself.

TRHH: The average rapper has a job, but that’s not the perception that the people have. Why do you think people put up that front that they’re living large, when the reality is not that?

Jae Hussle: To keep it one hundred with you, that’s to each its own. I know a lot of rappers coming up that don’t got jobs. At the end of the day a lot of people are clout chasing. Being this devoted grinder to selling drugs and being involved in the trap, that’s what seems like it’s cute. That’s what’s selling. At the end of the day, people want to chase that and make it seem like that’s what they’re doing. I ain’t got no problem telling people that I work with kids and I teach. I’ve said that plenty of times in my verses. I’m doing something positive outside of spitting this amazing sound for you. At the same time, I’m still doing something productive in the community, and I’m proud of that.

For the rappers that do have jobs and choose to put on a front that they’re out here f’ed up and they’re just grinding off the streets, I tip my hat to them. That’s a sad story to be telling and a sad story to be lying on too as a grown man. For the brothers that don’t have jobs who want to rap as if that’s the only thing that’s going to help them get out of this, like I said, you can’t put all your eggs in one basket. You have to be able to provide for yourself in more than one way, especially “in a Earth this big, you worthless, kid/You don’t even deserve to live.” Shout out to Cam’ron. That’s one of the rhymes he said and I love that line. It’s too many ways to get money out here for you to be out here chasing one way.

Jae Hussle: Middle school. I coach. I’m real heavy in the community when it comes to working with kids.

TRHH: On the album there is the song “Friend of an Enemy.” Is that based on a true story?

Jae Hussle: Nah, but the story itself is based on a true story. It’s something that any and everybody can relate to. I can sit here and get deep in a whole album, EP or LP, about how somebody did me dirty in my life. I just wanted to put to the forefront that type of demeanor from people that we see as brothers and sisters. It’s venomous and nasty. I just wanted to put that story out there and shed a little light. In that case, it is a true story.

TRHH: You re-made a great Mobb Deep song on the album with the “Streets Raised Me.” What made you decide to pay homage on that particular song?

Jae Hussle: The minute I heard Quest going through the beats and he sent that over to me as a possible joint for the album I said “Yeah, we have to recapture that moment.” It’s too much bippity bippity right now. We need more of that back. The timing of it with Prodigy passing in the last three years was perfect. Rest in peace to Prodigy. I wanted to make sure that we put that on there and I represented the best way I could.

Jae Hussle: Good question, man. I’m a big, big Lox fan. I grew up on L-O-X, particularly Sheek Louch. The first song that made me want to be a rapper was when I heard Sheek on the song with Big Pun on the Ruff Ryders Vol. 1 album. I said “Okay, I think I want to do this.” I’ll say Sheek Louch, Styles P, I mess with a lot of local people too. I’m big on Oowop, I’m still big on Eto. Anything east coast, in particular New York, I was big on, but in particular, Sheek Louch.

Jae Hussle: You don’t hear that too much, huh [laughs]?

TRHH: Nah. People will say Styles or Jadakiss before him. That’s interesting.

TRHH: He’s dope. Are you surprised at the acceptance that emcees from upstate New York have received in recent years?

Jae Hussle: I’m not, because at the end of the day, it doesn’t matter where you’re from. Rap has allowed any and everybody who really has something that the people can really relate to, to be able to put themselves on the map. It just so happens that cats from around our way was able to do it so fast. It didn’t take long for it to pop off. So, I’m not surprised. I knew it was going to happen soon because of the grind that cats are putting in. Look at Eto. How many albums did he drop before everybody knew who he was? I can’t really say too much about Westside and Benny and them, but I’m pretty sure they had 15-to-20 albums before they got their first album out. They put in the work. If the work is put in they deserve it. That’s what it is. At the end of the day, they stayed themselves, didn’t try to be nobody else, put on for the town, and they were blessed.

TRHH: Do you have a favorite joint on Reflections?

Jae Hussle: Oh yeah, it would have to me “Talk to ‘Em.” I think that was one of my joints where I’m basically speaking on the mic as a mentor and giving insight on the little bit of stuff that I do working with the youth. Even though I didn’t get too in depth with it, you can hear the teaching motto in that song. I just like the beat and how it played out. A lot of people like Shea Butter, but that’s my jump off joint right there.

TRHH: Who is the Reflections album made for?

Jae Hussle: It’s a debrief session. It’s for all the cats out here trying to put everything in perspective. When you reach a certain age in your life it’s good to look back on everything that you’ve been through that made you who you are. It’s an opportunity for anybody to understand that the past is the past for a reason. The past is what built the future. It’s just a debrief session. I couldn’t pick any particular person it’s for, but I’m sure it’s a lot of cats out there that say “I can definitely relate to that. I can see what he was trying to do, and maybe I need to do some reflecting in my life.” It’s just volume 1, some when volume 2 comes it’s going to be reflecting on different things. You always want to spend that time when you reach one milestone reflecting on how you got there before you get to the next one.

TRHH: And when will we hear volume 2?

Jae Hussle: Ha, good question, God! Right now, we got a few things cooking right now. My man Azariah has two albums back-to-back with Quest and the joint album me and him have together on Quest’s beats is called “Fighter Spirit.” We got a lot of work coming. There’s a lot of joints that didn’t make Reflections Vol. 1 that’s definitely in the cut like “Yo, what’s good? What we doing?” It’s an uphill battle when it comes to putting out work, because we’ve got so much work. I can’t really pinpoint an exact date, but it’s coming.

Purchase: Jae Hussle – Reflections: A Story of My Lifetime, Vol. 1

Sherron Shabazz is a freelance writer with an intense passion for Hip-Hop culture. Sherron is your quintessential Hip-Hop snob, seeking to advance the future of the culture while fondly remembering its past.
View all posts by Sherron Shabazz →
This entry was posted in interview and tagged Friend of an Enemy, interview, Jae Hussle, Kidd Called Quest, New York, Reflections, Reflections A Story of My Lifetime Vol. 1, Rochester, Streets Raised Me, Talk to Em, Young Black and Gifted. Bookmark the permalink.