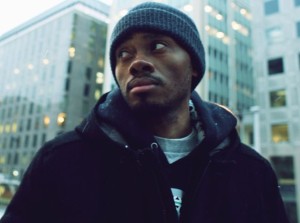 DMV area emcee Kenn Starr dropped his debut album, Starr Status in 2006. Since then Starr has released a couple of mixtapes but has remained relatively low key – until now. Kenn Starr signed with the Mello Music Group label and kicked off 2015 with the release of his sophomore album, Square One.

Kenn Starr spoke to The Real Hip-Hop about his hiatus from the rap world, joining Mello Music Group, and his new album, Square One.

TRHH: Explain the title of the new album, Square One.

Kenn Starr: Square One is very literal, man. When I first got down with Mello Music Group we kind of had some different ideas for a project to put out. It kind of went through some different phases. At one point I ended up scrapping what I had and scaled back and started my official next solo project. I just took it from scratch and went back in so, square one.

TRHH: How did you wind up doing the deal Mello Music Group?

Kenn Starr: Shout out to my man Oddisee. Oddisee was the connect on that. Mello was already familiar with my music but my man Oddisee helped facilitate that.

TRHH: Why was there over an 8-year gap between your first and second albums?

Kenn Starr: ‘Cause life will humble you [laughs]. With my first album and all the excitement surrounding that I just kind of got caught up chasing the rap dream. Life kicked in and I had to settle in and get myself together. During that time the label I was on folded so I was looking for a new place to call home. Once I did get back in the mix it was a couple of false starts and the next thing you know you look up and it’s been 8-9 years – it’s crazy. I feel so fortunate to have an opportunity because that’s a lifetime in today’s Hip-Hop time.

TRHH: How is this album different from Starr Status?

Kenn Starr: If anything I would say it’s a direct continuation of Starr Status. Creatively I try not to overextend myself. I try to be the artist that people have come to know me for – a regular cat that enjoys putting out dope rhymes over dope beats, speaking on my own everyday man experiences, and getting busy with the 1,2 thing. I think the new album shows a more well-rounded individual. I have a little more life experience and maturity now and I think that comes through on some of the records. It’s definitely on par with what people came to love about Starr Status. It’s the updated version.

TRHH: Tell me about the single ‘Say Goodbye’.

Kenn Starr: Say Goodbye is a reintroduction of Kenn Starr as an artist. I’m speaking on what people know me to be as an artist, where I’m at, and the evolution that got me to that point. Just “Say goodbye to the guy that you’re used to,” this is new and improved.

TRHH: Black Milk did a few joints on the album, how’d y’all hook up?

Kenn Starr: The Black Milk production was facilitated through Mello Music Group. I didn’t get a chance to actually collab with him in person in the studio. I’m hoping that can happen at some point in the future.

TRHH: Is your verse on the song ‘Exodus’ based on a true story?

Kenn Starr: It’s based on aspects of different true stories [laughs]. When I go back and listen to records on my first album they’re very cringe-worthy. I kind of made a deal with myself that I would never dedicate a song to someone in particular. It’s too much energy to give somebody, especially with the more relationship-themed records. It’s usually coming from a general stance or a combination of maybe a couple of my different experiences or folks I know that went through different things.

TRHH: What’s your writing process like? Do you write to the beat or when you’re inspired by something?

Kenn Starr: Actually my writing process has changed a lot with the project that I just finished up. I used to write the rhymes beforehand and seek out the right production and the right fit. More so recently I’ve been getting into a more organic flow, kind of letting the music speak to me and seeing how I wanna approach the record. It’s such a long process, man. I’m notoriously slow with putting my stuff together. I figured a dope angle to take would be to let it be more organic.

Kenn Starr: I’m just working on consistent output. Now that I’m back I wanna hit the ground running and keep giving people product. I got a couple of projects in the works but nothing I wanna start promoting too fast. Really it’s all about Square One right now. I wanna see what the feedback is like and just try to focus on that and enjoy this moment of finally being back. Hopefully the listeners will want more from me. So far the consensus has been, “Don’t wait another nine years,” so I’m trying to make sure that doesn’t happen.

TRHH: Why should fans cop Square One?

Kenn Starr: Just ‘cause it’s dope Hip-Hop, man. It’s not something that you gotta think about or overanalyze. It’s just some dope beats and dope rhymes and if that’s something you can appreciate I think it’ll be a good fit for the collection. My motto is “All rappity-rap everything”. We’ve gotten to a point where you almost get shamed for being big on lyricism. Bump that! We’re back on that. That era is coming back, man.

TRHH: No doubt! I’m happy to hear that, goddamn!

Sherron Shabazz is a freelance writer with an intense passion for Hip-Hop culture. Sherron is your quintessential Hip-Hop snob, seeking to advance the future of the culture while fondly remembering its past.
View all posts by Sherron Shabazz →
This entry was posted in interview and tagged DMV, Exodus, interview, Kenn Starr, Mello Music Group, Say Goodbye, Square One, Starr Status. Bookmark the permalink.