Kid Vishis: Timing Is Everything 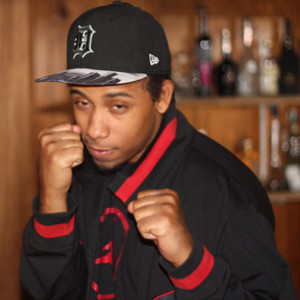 Hip-Hop is a funny game. There are unwritten rules that if broken will leave a mark for life. One of those rules is you can’t put your man on just because he’s your man – he has to know how to rhyme – period. Detroit emcee Kid Vishis avoided all of those potential obstacles. Despite being the younger brother of rhyme animal Royce da 5’9″, Vishis did things his own way.

The Sick Em mixtape series and a few guest shots on releases from Royce prepared Kid Vishis for the release of his first full-length album. Dropping on July 22, Kid Vishis’ debut album Timing Is Everything features production by Mr. Porter, Chase Moore, Nemesis, and Nick Zervos. The sole guest appearance on the album is from Vishis’ brother, Royce da 5’9″.

Kid Vishis chatted with The Real Hip-Hop about his goals in the rap game, following in the footsteps of his brother Royce da 5’9″, and his new album, Timing Is Everything.

TRHH: How does it feel to finally be dropping your debut album?

Kid Vishis: It’s my proudest moment to date. The album is very important. I’ve been focused on verses for so long – going verse for verse with other emcees and trying to kill them that I wasn’t focused on records. So now that I’m completely focused on making songs it’s a great representation because this is just the beginning of my song making era.

TRHH: How did you make the leap from being a rapper to a song writer?

Kid Vishis: Just time put in, man — at the studio constantly writing. It was really right before we did the album I kind of got into song mode. It was things I wanted to get off my chest. I’ve always been a vent style of writer where I unleash anger. Now it’s like I’m starting to learn how to bring across other aspects of me, not just the angry side, but the personal side and try to master the overall craft – storytelling, concepts, spaz out records, all of that.

TRHH: Explain the title of the album, ‘Timing Is Everything’.

Kid Vishis: It’s my time now. I feel like that because I know what mode I’m in now. I got the verse for verse type of thing and I feel like I got a good grasp on it and I feel like I’m getting better at it. I’m just trying to bring the songs to that level. In order to be a complete emcee you gotta know how to do everything. I feel like right now at the moment my story needs to be heard and this is a great start for me. Even the tone of Hip-Hop right now is missing that aggressive “rewind it back, what did he just say” stuff. It’s a lot of goofy shit going on in Hip-Hop right now.

TRHH: Definitely. Why do you think lyricism has taken a backseat in recent times?

Kid Vishis: I think it’s become more of a kid thing. Everybody feels like they should make music for little kids. When you do that you come up with the silliest type of records. Lyrics is not something they’re paying attention to. They aren’t listening to a bar and saying, “Wow, what did he just say?” It’s none of that going on right now. It’s really about having fun, going to the club, and bragging about what you’re wearing. I feel bad. My, my brother, and the OG Trick Trick from Detroit was just talking about this. This isn’t my era but being that I got older brothers they put me up on Breakin’, Beat Street, 8 Mile, and stuff like that. It’s movies that represent Hip-Hop that people really respect. People nowadays don’t have that. It’s not too much to respect. It’s all the same stuff.

TRHH: I think the history is lost. Hip-Hop is the only culture that laughs at its forefathers. If you mention Kool Moe Dee today people will laugh at you, but he’s a legend! For some reason if you’ve been rapping longer than five years you’re old.

Kid Vishis: Right! Yeah, that’s definitely going on. A perfect example is Joe Budden’s battle with Hollow Da Don. A lot of people were wondering why Joey was doing this because Hollow Da Don just beat Lux – I don’t feel like he beat Lux, but it’s a lot of people that felt like Joey was out of his league. Joey has a pretty good battle resume, and he’s a much better lyricist than Hollow. Just like you said, people are basically lost in the social media era. Whoever is popping in the social media era are the only ones that matter. People who paved the way before them are looked at like, “Whatever, he’s a old nigga.”

TRHH: You mentioned your brother; did you ever have any apprehension about getting into rap because of people potentially comparing you to your brother?

Kid Vishis: I was more worried about if he would accept me. When I first started writing rhymes I was feeling like, “Will he say I’m dope or do I have to keep writing to try to prove myself to him?” So I would just rap for all his friends. All his friends would be like, “Yo Royce, your brother is vicious!” These are the words that they used to describe me – more than one person, henceforth the name. I never really felt like a shadow with Royce because he’s so supportive.

TRHH: What’s the best advice Royce has given you about the music business?

Kid Vishis: Hard work, stay working, stay dedicated, and just rap. Don’t worry about what they’re playing on the radio and trying to fit into that. Don’t worry about the underground rapper that’s poppin’ and rapping like him. Do you and work hard at it, and try to push your brand out there. Royce is the hardest working rapper that I’ve ever seen. It’s not even close and I’ve been around some pretty dominant emcees. If Royce can have the success that he has and keep working how he does it’s almost like, who am I to feel like I should take a break? Hard work is the main thing. It’s hard work over talent and everything else. You just gotta keep at it.

TRHH: Tell me about the single ‘Talk Behind My Back’.

Kid Vishis: That’s Chase Moore produced. It’s a lyrical spaz out record. It’s playing out the concept that people talk behind your back but when you see ‘em it’s handshakes and smiles. It’s not really that I’m upset with people talking behind my back, I’m just putting it out there that I know you’re talking. I see you, I’m aware that you’re smiling at me, but I’m not going to say nothing to you. I’m on to it, but I don’t respect it. That’s one thing that happens to me a lot. A lot of people talk about me and say I’m in my brother’s shadow or I’m not as good as my brother but they see me and say, “Yo Vishis, you’re so nice!” whatever. That’s where my being self-motivated comes into play. If you let other people say things and it gets back to you, tears you down, and takes away your confidence, then you’re not in the right profession. That’s another thing my brother told me, don’t worry about what other people say. The easiest thing to do is for one person to put another person down – just worry about yourself.

TRHH: Early on Kanye West was motivated by people saying he couldn’t rap or whatever. He’s a perfect example of not listening to people and using that hate for fuel.

Kid Vishis: That’s me. That’s me all day. I don’t complain at all if I hear somebody say something about me. I can see them the next day, I don’t say nothing, it’s just motivation. I like looking in people’s eyes when I know that they’re lying about something just to see how they look. When I’m writing I remember that face and it fuels me to keep pushing harder. I’m doing what I’m supposed to do, I’m doing my job. It’s great motivation for me to be around that element and keep it to myself.

TRHH: Your album isn’t overrun with guest appearances and only has a couple of producers. Was that done strategically or did it just turn out that way?

Kid Vishis: It was the zone that I caught. I reached out to the guys that I already worked with before. Chase Moore, Nemesis, and Mr. Porter had already been on previous projects. The only new person was Nick Zervos and he just came with a beat that fit the intro. For the most part it was me trying to reach out to the people I already had a little bit of a chemistry with, record records, and pick from those to see which were the best ones. Once I got the ball rolling I started recording a lot of those Chase Moore beats. Nemesis sent some and I recorded over those and Mr. Porter heard what I was doing. That’s how he ended up giving me two beats that were super bangers. I got right in the studio and recorded that. I let people hear it and they went crazy over it but I was like, “We ain’t got Royce on here.” I’m on all his projects so it just made sense. Once me and him recorded our track I didn’t even know who else to put on the album. It was a lot of people that wanted to be a part of it, but everybody couldn’t be. I’m not trying to go through feelings and stuff like that. I did the album, finalized it, and started working on another project that I’m going to put features on. That’s coming out real soon, too.

TRHH: What do you hope to accomplish with Timing Is Everything?

Kid Vishis: Honestly man, I just wanna get on the mind of the Hip-Hop community. I want people to be like, “I like this guy. I think he can rap.” It’s okay to hear it and want to hear more from me. Like, “He was dope and he can spit, but I wanna hear more concepts and stories.” That’s just growth. That’s where I’m at right now. That’s why I’m so excited to put this project out because I know what I can do. This is just the very beginning. This album isn’t everything I can do in one album. It’s a diverse album and I really went in and had fun. I want people to respect me after listening to this album and want more.

Purchase: Kid Vishis – Timing Is Everything

Sherron Shabazz is a freelance writer with an intense passion for Hip-Hop culture. Sherron is your quintessential Hip-Hop snob, seeking to advance the future of the culture while fondly remembering its past.
View all posts by Sherron Shabazz →
This entry was posted in interview and tagged Detroit, interview, Kid Vishis, Royce da 5’9”, Talk Behind My Back, Timing Is Everything. Bookmark the permalink.