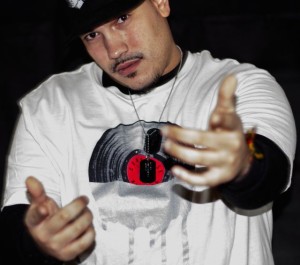 Merriam-Webster defines the word “Maturity” as the quality or state of being mature; full development. For Chicago emcee Konflik the time between the release of his 2012 debut album Birth, and now has been a process of growth.

The manifestation of those lessons learned is a full-length album titled “Maturity”. The 11-track album takes you inside the mind of Konflik and chronicles the path he traveled to attain maturity. Maturity features appearances by Masta Ace, SwizZz, Lega-C, and Shawnna.

Konflik spoke to The Real Hip-Hop about his issues regarding higher education, how social media has worked in his favor, the state of his hometown Chicago Bulls, and his new album, Maturity.

TRHH: Explain the title of the new album, Maturity.

Konflik: This is my sophomore album. The first one was entitled “Birth” so I wanted to keep a little structure going with that. The real reason behind it is since the time my first album was released a lot of things changed. I took on a lot of responsibility from the music and also life itself. I had to get a lot of things done on my own. I feel like I grew up and progressed in that aspect. That’s what I wanted to represent, making choices, taking everything into consideration as far as the things that you go through.

TRHH: How is this album different from Birth?

Konflik: When I recorded Birth I was in a different position. I was kind of with a label. It was a lot of pressure because I was trying to be myself but I was kind of being told what to do. I wouldn’t say it was a complete artistic takeover or anything like that, but they would say, “You gotta make this kind of music,” or “This kind of song.” My goals back then were also a lot different than what they are now. This album is more me. It’s more independent. Everything came from me on this album. There was nobody involved. I left those people alone.

TRHH: On the album you have a song called Take Notes that’s critical of higher education. What inspired that song?

Konflik: I was a student. I went to school for quite a few things – business, music, and graphic design. There was a lot of factors for this, one, I don’t think the struggle of the student gets recognized too often. I think the general perception of a college education is you’re in and out in four years tops. It’s not really like that. When you’re a student and start taking all of the variables into consideration just scheduling your classes can become a hassle. Sometimes classes get booked and you have to wait ‘til next semester. The price of an education is super expensive. Then you have to look for a job in your field, which is extremely hard. It’s a big struggle and I don’t think it gets recognized too often.

The second thing about that song is I’ve always had a love and a passion for music but I never really had a support system around me. Everything around me was always, “Go to school and get a good job.” That’s all I’ve basically been fed my whole life. It just made me realize what my true calling is and what I really want to do with my life. Whether it was a long shot or not I wanted to take that. I’m spending all this money and studying all this stuff that I’m not really passionate about. I felt like I had to put something out there for the students to let them know that I know their pain and if you really wanna do something, do it, but it’s not gonna be easy. It’s not as easy as they tell you it’s gonna be.

TRHH: I feel like parents and older people can be dream killers. They have good intentions when they tell you to go to school and get a job because they want you to be stable. But they crush that little kid in you that wants to do what you want to do.

Konflik: [Laughs] I know exactly what you’re saying, your inner-child.

TRHH: Yes. It’s practical. You’ll have a roof over your head and food on your table, but will you be happy? Life is so short that it’s so important to be happy – it’s so important. Maybe the next generation will implement that more but our generation was just taught to get a job.

Konflik: Absolutely. I completely understand. I went through all of that. Like I said, I didn’t have a support system. That’s all I’ve been pretty much fed. When I decided I wanted to do music and started making sacrifices and decisions to make this a reality a lot of people didn’t agree with me. I was getting crucified left and right and told I was chasing a dream that was never going to come true. I was told I needed to get it together and get my head out the gutter – I’ve heard it all. I can honestly tell you that even back then financially and as far as responsibilities and stuff and I have a lot more together than I do now, I can honestly tell you that I might not be in the best financial situation, but I’m a lot happier right now that I’m doing what I love to do than I was back then doing something that I didn’t love. I kinda shut a lot of people up when I dropped my first album. Once I ended up with distribution and I was on iTunes and Google Play nobody had anything else to say because it got to a point where I was selling product. It all worked out for me.

TRHH: How did you decide to become an emcee?

Konflik: I’ve always loved music and have always been into it. In high school I was freestyling in the hallways, I joined the poetry club, and I used to write a lot. I even did school plays back then. As time progressed there was other students that wanted to get into music. I starting recording with them. I knew a bunch of taggers and some of them became promoters and they needed people to perform. It was just kind of for fun because I love Hip-Hop, but it just kept progressing throughout the years to what it is now.

TRHH: I know you’re a big Chicago Bulls fan. What’s your take on the current status of the team?

Konflik: I compare this Bulls team to last year in the Thibodeau era. I think coaching has a lot to do with what’s going on with the Bulls right now. I think they’re still searching for an identity. Are they a fast paced team? Are they the mean defensive Bulls that everybody hates? I think they’re still trying to find that rhythm and gel well with the system. They’re not winning as much as they used to but I still think they’re a great team and can be utilized correctly. I don’t like Hoiberg. I don’t like our coach. He’s probably a great coach with a great offensive mindset, but I think the chemistry isn’t there.

Everyone is so focused on trying to figure out how they fit in the system that they aren’t gelling well together. I think if Thibodeau was still in the picture this would not be happening. Thibodeau would be snapping right now. He’s a no-nonsense kind of guy. You barely see the guy smile. He would not be happy and the team would not be playing the way they’re playing right now. If he was still here they’d still be the third to second seed going into the playoffs. I do have hope for these Bulls. I think they can get it together. I think Hoiberg needs to start getting mad.

TRHH: I don’t think it’s in his personality to get mad. He’s not that kind of guy.

Konflik: Yeah. That to me to is the main determining factor in the different play of the team. If you made a mistake under Thibodeau he’ll get in your ass like colon cancer [laughs]. Hoiberg is probably like, “Oh, it’s okay. Get ‘em next time,” no, it’s not.

TRHH: How’d you link up with Masta Ace for Reputation?

Konflik: Man, Twitter. To put it out there I’m not really a social media kinda guy, but Twitter has done some great things for me – Masta Ace is one of them. I was always a fan of Ace growing up as a kid – especially in high school when he dropped Disposable Arts and A Long Hot Summer. Those albums were really dope to me back then. I always wanted to work with him for as long as I’ve been rhyming. It’s been like a dream of mine I guess. I was new to it so I was following people I admired. I was following him on Twitter and I noticed he was real interactive with fans and anyone who’d talk to him. I thought that was cool. I think we talked about football a few times. We talked about the Bears and Eagles.

I asked him, “I’ve always wanted to work with you. Who do I gotta talk to, to make that happen?” and he responded, “You’re talking to him.” He sent me a message with his e-mail. I e-mailed him and we’ve been cool ever since. I went out to Manhattan, we met at Lofish Studios and laid down Reputation. He was real cool. He schooled me on a few things in the industry that I didn’t know in regards to sampling. Since then it’s just been hi and bye and keeping him updated with the project. He even hooked me up with Jerry [Graham Publicity]. He’s just a cool guy. Ace is a cool dude.

TRHH: What does maturity mean to you?

Konflik: I like to think back to a time when music was huge to me. This was basically in high school. Masta Ace, Nas, Talib Kweli, I could go on and on with people who made music that touched me in the heart and made me feel strongly about certain situations. Chicago is not a real nice city [laughs]. It may look nice, but it’s crazy out here. They would speak on a lot of things that would go on out here as well. I wanted the same impact that I felt back then on people who listen to Maturity like, “Wow, he said something real,” or “He said something dope,” “That’s how I feel.” I kind of talked about a lot of things that I’ve been through and that lay on my mind but I don’t really have conversations about. Self-expression, and I just kind of just wanted people to hear it and have that connection with it like they know me personally. That’s my goal. That’s what Maturity is to me, a connection to the people. I know what you go through because I go through the same thing. Just because I rap don’t make me different than you.

Sherron Shabazz is a freelance writer with an intense passion for Hip-Hop culture. Sherron is your quintessential Hip-Hop snob, seeking to advance the future of the culture while fondly remembering its past.
View all posts by Sherron Shabazz →
This entry was posted in interview and tagged Birth, Chicago, Illinois, interview, Konflik, Maturity, Reputation, Take Notes. Bookmark the permalink.