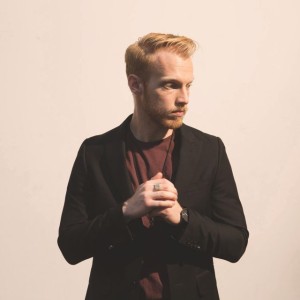 Nick Weaver is back with a full-length album called “Prowler”. After tackling tough topics on 2015’s Yardwork, the Seattle emcee toned down the subject matter this go around while still maintaining poignancy. Prowler is a 12-track album full of innovate, thumping beats and lyrics about everyday life.

Clocking in at just under 35 minutes, Weaver took a “less is more” approach on Prowler. Each song is brief (the longest song is four minutes and three seconds) but packs a punch. The album is produced entirely by Nick Weaver and features appearances by Anthony Briscoe, da Deputy, and Grynch.

Nick Weaver spoke to The Real Hip-Hop about handling all of the production on his new album, painting pictures with rhymes, and what it’s like to be a prowler.

Nick Weaver: When I went and made this album I was doing everything differently. I was having trouble writing new stuff prior to this album. I just kept writing about the same stuff. My previous album, Yardwork was your borderline come-up rap/embracing your life struggles and whatnot. I think for myself it just became played out and creatively stale to do that. I didn’t know what the fuck to write about because I didn’t want to write anything that wasn’t accurate to who I was. I always want the art to represent the artist. I didn’t know what the fuck to write about so one of my best friends from California, Quinn is a guy I sent iPhone memos to – rough concepts. He said, “Just write about all the stuff that you do.” I’ll travel for work a lot for these events and somehow I’ll just randomly be in Nashville by myself eating ribs. I’ll be walking around Salt Lake City in the middle of winter listening to old school beats and shit. He said, “All the random stuff that makes you who you are, write about that.”

So I started to embrace that and write about the small shit in my life that doesn’t necessarily have a ton of meaning but represents who I am. I’ll go for a drive at 3 a.m. and listen to music by myself. I’ll pull up to a park at midnight and shoot jump shots completely alone. I’ll drive and go get a slice of pie at Shari’s at six in the morning just ‘cause I want to. The title “Prowler” is actually from a Black Rob line from a song that he did with The Lox called “Can I Live” where he says, “Nighttime prowler/Grimy after hours.” I just liked how that word sounded. To me it just meant embrace the weird dude that rides around in his car listening to music. I’m sort of this weird hermit that just locks himself away. I don’t even mean it as “weird” but just embrace that stuff and talk about it in a way that makes it sound cool, visually descriptive and interesting.

TRHH: Tell me about the song Gospel.

Nick Weaver: I made that beat first. I really liked the beat. Prowler is referenced quite a bit throughout the album. It starts off with the Black Rob line and it talks about being in my car listening to Nina Simone and drinking gas station coffee. It’s really coming to the full identity and by the time the beat drops the song is just pulling all this stuff from my life into the lyrics. It talks about being on a roof and mislabeling Orion’s Belt. I’m talking about going to a remote island in the Pacific Northwest that you can only get to when the tide rolls out. Right now that song is everyone’s favorite. It has that aggressive “hit the beat as hard as you can and go hyper-lyrical” but it’s clear enough and paints vivid enough pictures that it feels like this big grand tale. That or Proceed is probably my favorite track on the album.

TRHH: Why is it your favorite?

Nick Weaver: I just like the sound. I like that it has a powerful sound despite it not being about anything super-emotional one way or the other. It has a certain vibe to it. This idea that I really tried to go forward with as an artist – avant-garde lyricism. I would never compare myself to Nas, but when I wrote Prowler I listened to how Nas described things all the time. I love how if you listen to one Nas song you can see every detail, just like a really great author. I wanted to replicate that or do that in my version and my own vision as best I could. That song and Proceed tells these stories without needing a background explanation, even though they’re kind of abstract not necessarily about direct things.

TRHH: How is this album different from Yardwork?

Nick Weaver: We talked about it last time when we first chatted, Hilsyde handled most of the production on the last one. I came up with the skeletons and loose concepts of the initial beats, but he made that sound like it sounds. He deserves most of the credit for that. Whereas this album I just produced everything up here on my own. I locked myself away for a while learning how to make stuff sound good in Logic. The first difference is sounds are totally coming from my brain. Yardwork was talking about the struggle of becoming older and stuff with my family – it was a very personal record. This one is personal but it’s not an emotional one. This one is more about just finding the abstract pieces in life. Finding the nuances and subtleties in life, casting them to the front and showing every little detail about who you are. It’s a way different sound and vibe. Yardwork had a lot more moroseness and sadness to it. Prowler is more upbeat. There are hard hitting beats, there is a lot of energy behind it — it ebbs and flows with energy.

TRHH: You mentioned Hilsyde. So he had no involvement with this new project?

Nick Weaver: No, not this time. I wanna work with him again soon in L.A. though.

TRHH: How did you get to the point where you were confident in your abilities as a producer to do this 100% on your own?

Nick Weaver: I had to lock myself away, sit there and make a beat. When it was done, make another beat. When that was done, make another beat. Over and over and over again. The first 20, 30, 40 beats I made were cool. They were alright, but I would never put those on my album. The one that clicked with me was “R.I.P.” which features an emcee out of Forth Worth named da Deputy, who is a good friend of mine through music. I made that beat and it was that moment that you see in memes and shit. I finally got it arranged right. I chopped up the sample from an instrumental rock song, flipped it, and made this catchy melody. I was sitting there in the room in my boxers and I hit play and was like, “Boom! Fuck! There it is!” I was dancing around the room and shit ‘cause I finally made something that I thought was dope and catchy. It’s like anything, for you it might be writing. At some point when you write a good enough thing a long time ago you don’t forget that point. It’s like the switch, you don’t forget that switch. This is how you do this from here on out, and I just started building from that.

TRHH: What inspired the song Forgot?

Nick Weaver: I was just messing around again and I came up with this piano loop. The original song was written over another beat that was 808 heavy, big drums, atmospheric track. I wrote all those lyrics over there. It was a menacing type song. I was sort of freestlye mumbling over the piano of Forgot and as I started doing that I flipped the initial line of, “I wrote that late night manuscript/I keep that stick shift handle grip,” and it just fit so perfectly. The sound, the vibe, and the lyrics perfectly matched. I’m talking about being in the Louvre with a canvas print and driving at night toward Kansas City to go get Burnt Ends, and it fit the vision so perfectly. Going back to being visually descriptive, it was the perfect vibe for it. Initially I thought about adding drums to it and I sat there listening but my buddy Quinn said, “Just leave it like that. It’s cool. It’s short. It breaks up the craziness of the album,” So we just left it.

TRHH: You mentioned energy, the big sounds, and the piano; how would you describe the overall sound of Prowler?

Nick Weaver: That’s a good question. I think I’d describe it as “cinematic”. I know that, that has a lot of fuckin’ douche baggery attached to it, but you gotta hear me out. It has stuff to me that if you just listen to the beat, especially Proceed, Gospel, Taste, and Forgot, it sounds like something you’d hear in a movie intro. It could be the ending credits or some crazy scene where people are walking through a field or the mountains. It has that big sound to it. When I play Proceed I always picture Marshawn Lynch slamming through the rain in a black and white slow motion 4K – some big epic shit. When I was way younger and messing around on the keyboard I had I would always play these beats with big chords and make this big epic sound. I wasn’t recording, just playing it. That’s what I came up with. Cinematic is the best way to describe it in my own mind.

TRHH: Who is Prowler for?

Nick Weaver: That’s a good question. I think Prowler stands on kind of two legs. I think there is a lot of heavy lyricism going on in Prowler. If you’re of any sort of school, whether it’s old or new, and you like lyricism and grew up listening to that type of shit you can certainly find it in Prowler throughout. Especially because of how much time I put into painting pictures with stuff. It also has a lot of accessibility, meaning that people that might not listen to Hip-Hop will like it because of what I said previously – the cinematic sound. You put on this shit and it’s really well mixed because of this guy named D-Sane who is a Seattle Hip-Hop producer and sound engineer. He mixed it all down and recorded it so it sounds really good. It just hits clean. The sounds are big. There’s a lot of fun, different beats. It doesn’t stay in one place. It’s kind of all over in how it sounds. I think it’s for people that would randomly throw on some Hip-Hop every once in a while. If you like clean lyricism you can find plenty of that in Prowler.

Sherron Shabazz is a freelance writer with an intense passion for Hip-Hop culture. Sherron is your quintessential Hip-Hop snob, seeking to advance the future of the culture while fondly remembering its past.
View all posts by Sherron Shabazz →
This entry was posted in interview and tagged Forgot, Gospel, interview, Nick Weaver, Prowler, Seattle, Washington. Bookmark the permalink.