Ren Thomas: I Been Nice 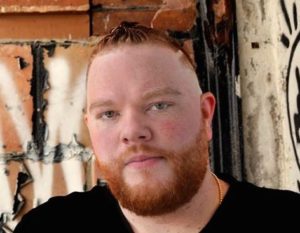 Recent appearances on Sirius/XM’s Sway in the Morning show introduced a whole new audience to Ren Thomas but make no mistake about it, Ren ain’t new to this. The north Jersey native has a handful of projects on his resume and is a champion battle rapper. Ren didn’t just get dope, he’s been nice.

Ren Thomas chatted with The Real Hip-Hop about his relationship with Lord Sear, on why he’s not just a battle rapper, and his new album, I Been Nice.

TRHH: Why’d you title the new album “I Been Nice?”

Ren Thomas: I won Team Backpack this year. Every year they have a big competition with about 10,000 emcees. I ended up winning and they were basically dropping a bunch of my videos. One of the videos was titled, “Ren Thomas has been killing shit lately.” I was trying to come up with album titles with my DJ/producer Expo. He was looking at his phone and the video that just dropped and he said, “Yo, why did they say you’ve been killing shit lately? You been nice!” I was, “I been nice, yeah,” that’s why I titled it that.

TRHH: The single I Been Nice, is the remix by Pete Rock or is the original?

Ren Thomas: The original is by Pete Rock. The album cut is done by OLR out of Yugoslavia. Basically when me and Pete first started working together he said he would do the record but wanted to keep it promo so we didn’t run into anything down the road because the beat that I used he had used for something else. He didn’t want to run into problems down the road getting sued by a third party or something like that.

TRHH: What was it like working with Pete Rock though? Did you guys get together and do it?

Ren Thomas: No, I was working with Lord Sear. I was talking to Sear and he said, “Yo, I got a bunch of Pete Rock beats.” I said, “Let me hear them.” He played them and the first joint he played for me was the one I used for I Been Nice. I wrote it and recorded it and Sear sent it over to Pete and he was like, “Yo, I fuck with it.” Then me and Pete started having conversations and are talking now about doing a follow-up – maybe an EP, maybe a single, we’re not totally sure yet. We just did the Doomsday Cypher with Sway and finally got to meet and were in the same room. He’s an amazing dude.

TRHH: Do you think that having a battle rap pedigree makes people take you less serious as a recording artist?

Ren Thomas: I don’t want to generalize myself in that category because I came into battle rap different than a lot of other people did. I was already making music when I came into battle rap, so I was using battle rap as a tool to promote my music. Nowadays a lot of people these days don’t actually rap, they just do battle rap. It’s kind of strange to me that people do that. When I came in I was a recording artist already. I had a deal and the deal was stopping me from putting music out. The only option I had to keep rhyming all the time was to do battle rap. I decided to do it and that’s when I met Poison Pen and PH. Because I already had records out before I started battle rapping I feel like I wasn’t placed in the same category. I feel like I was always a better songwriter than a battle rapper in general.

TRHH: Have you ever felt the need to dumb down your rhymes to attract a bigger fan base?

Ren Thomas: I wouldn’t say I ever felt the need to do it. I definitely have. Even me as a listener to a lot of different kinds of music, because I have a really eclectic style where I don’t solely listen to Hip-Hop really. Sometimes I like when music is a little more dumbed down for certain reasons. It’s not the kind of stuff you’re going to listen to and gain knowledge from. Sometimes you just want to have a drink and smoke out with your homies and not have to pay attention to every little detail of every bar to catch it. I would never dumb down and say things that I didn’t believe in or rap about being a thug or selling crack or walking around with a pistol on me. I feel like that would be dumbing it down for someone like me because that would be me selling out and not talking about what I believe in. Sometimes the rhymes aren’t as crazy with over the head punch lines. Sometimes it’s cool to lay back and let the beat breathe a little bit and treat your words as if they’re another instrument.

TRHH: I was surprised at how versatile you are on this album actually. The music is very different. Is that consistent with how you’ve always been or was that something you went for specifically on this project?

Ren Thomas: Well, when I sit down and do a project I don’t really think about what I’m going to do. I kind of just take what I’m being surrounded by at the moment and start to write about it. I bring in producers I vibe with at that particular time. This album is really, really diverse. When I put out my previous project, “Who the Fuck is Ren Thomas?” I feel like every song sounded like it was a different album. This album sounds like every song fits it, but it’s very, very different in the way that I deliver on every song. I don’t want to always be so bar heavy and aggressive. Sometimes I want to lay back. Sometimes I want to make songs about getting my dick sucked. Sometimes I want to make songs about fighting. There are so many different personalities that I have inside of me that I want to release. I like to sing a little bit. I really started to experiment a lot on this album and through that I gained a lot of beautiful records, I feel.

TRHH: How has working with Lord Sear helped you to move forward in the game?

Ren Thomas: Sear is one of the most respected people from Stretch and Bobbito, his show on Shade 45, and Walk like a Duck. If you mention Lord Sear to somebody and they don’t know who he is then they basically don’t really know much about Hip-Hop because he’s such a pioneer. Me and him basically linked up and he started helping me out and getting me placed in the right situations and meeting a lot of the right people. I was the first artist he vouched for to be on Sway and Sway was highly impressed so he brought me back for the Doomsday Cypher. Working with Sear has basically pushed me to the next level. He’s just a great dude, yo. That’s my brother at the end of the day. I didn’t know who he was when we met each other and he didn’t know who I was. We were just two guys sitting next to each other at a bar, having drinks, and bullshitting with each other about sports. Mr. Len from Company Flow actually told him that I was one of his favorite rappers coming out of Jersey. Sear reached out to me a few weeks later, I sent him some music and he said this is who I am. I was like, “Oh shit, you’re Lord Sear?” I had no idea who he was. I met him as Chris or whatever his first name is. Working with him has really taken me to the next level. Just having that co-sign of him on this project is going to do a lot of extra numbers for me. I appreciate the fuck out of him.

TRHH: What’s your favorite song on the album?

Ren Thomas: I think that my favorite song on the album is probably “Focus.” I really, really like that record. I speak a lot of truth in that about what was happening in my life when I was recording this album. I talk about winning Team Backpack and pulling over on the side of the road and crying. I sold my first record that morning. It was the first record I ever sold to somebody. I made a bunch of money and went to Team Backpack and on the way I had Shade 45 on and my record came on. It never really hit me that I’d never been able to take the time to really be in the moment and see what I’ve been doing the last year. That was a moment of reflection for me like, “Damn, I just did a bunch of crazy shit!” I talk about my ex-girl on that record and I feel like I sing really well on it, too. Nightwalker did the production, I feel like it’s a phenomenal song. It’s like choosing your favorite kid. I feel like all 13 records on there are amazing in their own way, but that one speaks to me a lot.

TRHH: What do you hope to achieve with I Been Nice?

Ren Thomas: I hope to achieve a bigger fan base. I’m always trying to grow that. I’m trying to tell people that, especially coming from battle rap, people constantly put me under that banner – I’ll rep that banner, that’s fine, but battle rappers can make music. Just because I spit really dope bars doesn’t mean I can’t make great records. I feel like this album is full of great records and people aren’t going to be able to deny that. I ain’t trying to change the world with it or nothing, I’m just trying to make it a step closer to changing the world.

Purchase: Ren Thomas – I Been Nice

Sherron Shabazz is a freelance writer with an intense passion for Hip-Hop culture. Sherron is your quintessential Hip-Hop snob, seeking to advance the future of the culture while fondly remembering its past.
View all posts by Sherron Shabazz →
This entry was posted in interview and tagged Focus, I Been Nice, interview, Lord Sear, New Jersey, Ren Thomas, Renegade, Sensi-Starr Records. Bookmark the permalink.