Posted on December 4, 2017 by Sherron Shabazz 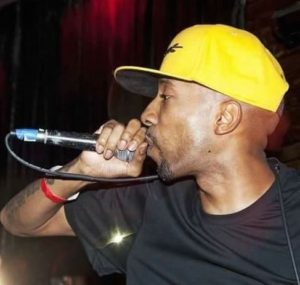 Ruste Juxx is one of the hardest spitters in Hip-Hop. He’s also one of the hardest working artists on the underground scene. Since his debut Ruste has released a project almost every year. Through his travels and joint projects he’s made connections all over the world that have resulted in a full-length album called “International Juxx.” The 13-track album showcases artists originating from the America’s, Europe, Africa, and Asia.

The Real Hip-Hop spoke to Ruste Juxx about his new album International Juxx, what it was like working with artists from all around the world, and lessons he learned from his mentor, the late Sean Price.

TRHH: How did you come up with the concept for International Juxx?

Ruste Juxx: I thought about it because for years I’ve been doing features with international artists from all over and shit — from Africa, Switzerland, Canada, all over. I just thought about like, “Man, I need to do a whole album full of up and coming emcees from other countries rapping in their own language.” I thought it was a good way to let everybody get shine. I just made it happen. It took a long time but I put it together and the shit came out crazy.

TRHH: What was the process like recording the album with people in so many different countries?

Ruste Juxx: It was crazy, man. Some artists weren’t up to par so I had to tell them to come with something better. All the producers are all up and coming artists too. It was a headache putting it together, but I thought it was a great concept and nobody has ever wanted to do songs with their fans and shit. I knew once the album came out that everybody that’s on the album would promote it too like, “Yo, get the Ruste Juxx album. I’m on track 14!” People from all over would be listening to the tracks and they’d hear me on songs with people rhyming in an African language, Polish, or whatever then they’d get to their language and they really could respect it like, “Oh, somebody’s rhyming in French! I like this one!”

TRHH: On the song ‘I Who Have Nothing’ you have Lebanese emcee Malikah on the song rapping in Arabic…

Ruste Juxx: And she bodied that shit too! I didn’t even know what the fuck she said!

TRHH: [Laughs] Did you get translations from her for her verse or other artists before you finished the songs?

Ruste Juxx: Nah man. If I liked the way they flowed and it sounded like it was coming off it stayed and made the cut. She definitely made the cut.

TRHH: Do you have a favorite verse on the album?

Ruste Juxx: Her verse on that song and my man Goldo on the first single called ‘Desire Me.” He’s a Dominican rapper and he killed his verse. My man Mace from London, and the same song with Malikah, my man Cyrus Malachi from the UK, he killed his verse. It’s a lot of verses that I really like on there. I can’t really single certain people out, but I like the whole shit. Those are the top ones that stand out for me.

TRHH: What inspired the song ‘Desire Me’?

Ruste Juxx: I was just going with the flow with each beat that I got. The rhythm made me feel like going that route for what I was talking about on that song. It felt inspiring. I just spoke how I felt about it.

TRHH: A lot of rappers that I talk to say that overseas, Europe specifically, has a different appreciation for Hip-Hop than they do in America. Do you find that to be true?

Ruste Juxx: Definitely, man. I always get love in the States but when I go overseas or am in Europe or Canada or Japan it’s really serious. They appreciate it more because it’s the raw underground Hip-Hop. It’s not being force-fed to them like the mainstream joints and they can relate to it. I still got that 90s feel that a lot of people is missing. Not that I’m trying to do it, but they tell me that’s the type of music they like to hear. They want to see that still alive so I try to represent for them.

TRHH: Do you have a favorite city that you like to perform in internationally?

Ruste Juxx: Shit, Spain and I always get mad love when I’m out in France. Shout out to France. Every time I have shows over there it’s always been crazy love. I performed on a boat out there and rocked the house. I get crazy love in France.

TRHH: You were close with the late Sean Price; can you share one of your favorite memories that had you with Sean?

Ruste Juxx: Damn, I have a lot of good memories, man. He’s just hilarious, period. Everything that comes out of his mouth is hilarious and he’s such a smart dude at the same time. He can speak on all kinds of subjects from politics, to sports, to Hip-Hop. I got so many memories so I don’t know a certain story to bring up. He was always there for me in real life, not just Hip-Hop. I appreciate him for taking me everywhere overseas and showing me the game like a real mentor or big brother that I never had.

TRHH: Did he give you any special advice about the business when you got in?

Ruste Juxx: Nah, he never gave me advice but I always learned from him anyway just from what he did. I watched what he did and I learned a lot how to deal with promoters and how to do shows. I thought I was killing it on the shows but when I started touring with him I stepped my game up with performing. I got way, way better. It was good that he had me training like that.

TRHH: What do you hope to achieve with International Juxx?

Ruste Juxx: I just want to put out another classic album like I’ve been doing and hope the fans appreciate it for what it’s worth. I got like 5 more albums coming and I’m working on a volume 2, so it’s not going to stop here. I’m going to do it again. I wanted to get certain artists from overseas and let them get their shine. I’m doing videos for a few of the joints too. Everybody is going to shoot their part where they’re from and everybody is going to get their shine on, man. That’s what it’s all about.

Sherron Shabazz is a freelance writer with an intense passion for Hip-Hop culture. Sherron is your quintessential Hip-Hop snob, seeking to advance the future of the culture while fondly remembering its past.
View all posts by Sherron Shabazz →
This entry was posted in interview and tagged Brooklyn, Crown Heights, Desire Me, I Who Have Nothing, International Juxx, interview, New York, Ruste Juxx. Bookmark the permalink.