Ryu: Tanks for the Memories

Posted on September 19, 2016 by Sherron Shabazz 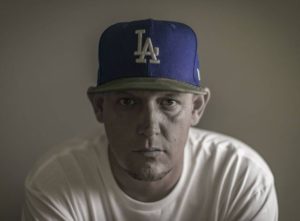 Los Angeles emcee Ryu is most known for his work as part of many different groups. Ryu is the ultimate team player as a member of Fort Minor, the Get Busy Committee, and Styles of Beyond. Now Ryu is going for dolo with his first solo album titled, “Tanks for the Memories.”

Tanks for the Memories is produced primarily by Divine Styler with one track handled by Apathy. The album features appearances by Divine Styler, Everlast, Tak, Gravity Christ, Bishop Lamont, Jams, and Celph Titled.

The Real Hip-Hop spoke to Ryu about working with Divine Styler, why he finally decided to do a solo project, his thoughts on today’s mainstream rappers, and his new album, Tanks for the Memories.

TRHH: Explain the title of the album, Tanks for the Memories.

Ryu: Tanks for the Memories is kind of a metaphor loosely based on my experiences in the music industry. I’ve had a lot of ups and downs and it’s been a bit of a battle. The “Tanks” symbolizes the battle. If you look at the album artwork it’s a little kid kind of looking back at his past – that’s where it came from.

TRHH: On the single “Been Doin’ This” you pay homage to Gang Starr. How’d that song come together?

Ryu: My man Divine Styler who produced the whole album came up with that beat. A good friend of mine named Redeem just passed away a couple years ago and he was a huge Gang Starr fan. I’ve been kind of thinking about doing a tribute to Redeem because he was the one that got me into rapping and he was my biggest fan. When he passed away it was hard on all of us. I figured I’d rock that one for Redeem. The whole song is a story about growing up with Redeem. With it being a Premier beat I shouted out Guru as well.

TRHH: Why’d you decide to do a solo project after all this time?

Ryu: It was one of those bucket list things. I didn’t want to wonder “what if?” I figured no matter what happened with this record, if it’s successful or if it’s not, at least I can scratch that off the list. I just did it for me basically. In this day and age in this climate of music it’s not going to sell a million copies. My incentive was to just do it for me and hopefully people like it.

TRHH: How was recording this album different from doing a Styles of Beyond album?

Ryu: In some ways it was the same because I worked with the same cast. Divine was one of the original producers of Styles of Beyond along with Vin Skully, and Cheapshot was our DJ. I basically just stuck with the same people I’ve worked with my entire career. I did the whole record with Divine and had Cheapshot do cuts. It was kind of the same process, a little more tough in a sense that I had to carry all the duties of rapping and conceptualizing with the songs. It’s a little bit harder to do on your own but it’s also more fun that way because you get to do what you want. You don’t have to compromise with anyone. Also I got Tak from Styles of Beyond on the album too, so it’s kind of like a Styles of Beyond album.

TRHH: Divine Styler produced the album and it has a golden era feel to it. Was it a conscious effort to give the album that sound or did it just turn out that way?

Ryu: It just turned out that way. We started doing some tracks and it starts taking a shape of its own once you get 3-4 tracks in. I could have went a couple different directions with this album. I could have went the Fort Minor album direction with radio singles. I could have went Get Busy Committee and did some new school stuff. I decided to do on this album what comes most natural to me, which is just spittin’ over hot beats. That’s all I really wanted to do. The end result ended up sounding like something that was kind of throwback-y but current at the same time. A lot of people that I played it for said it has that old school golden era feel but it doesn’t feel throwback-y, it feels current.

TRHH: That’s definitely the vibe I got from it. I love the album, man.

Ryu: Thank you, thank you.

TRHH: I’m feeling the album and I’m very excited about it.

Ryu: That’s good because you’re the first person outside of my friends who has heard it, so that’s good coming from you.

TRHH: Like you said, it’s got old school elements but it doesn’t sound dated. It’s very modern and dope.

Ryu: I could have been one of those grumpy old rappers and complained about how music doesn’t sound good nowadays or I could have just made an album and showed ‘em how to do it. That’s where it came from.

Ryu: I think it’s fine. I don’t put too much on it. I don’t hate on the young kids and I like a lot of it, too. It just is what it is – it’s different. This is their version of Hip-Hop. You can’t really blame them for that. Some of it I like more than others. A lot of it just sounds the same. It’s good, there just needs to be variety. There is people out there doing traditional Hip-Hop records but a lot of time that even sounds like they’re emulating and it’s not coming from the heart. I’m kind of indifferent about it. It’s cool. Once in a while I’ll catch a new song that I kind of like, but very rarely. I just listen to old stuff.

TRHH: I feel like after a little lull the west coast has been producing the best music in recent years. The best shit is coming out of California now. What’s your take on the resurgence of west coast Hip-Hop?

Ryu: I don’t know, I can’t really call it. I agree, the west coast is bringing some innovation back into the game. Schoolboy Q’s last record was amazing. I liked it better than Kendrick’s to be honest. It’s got that street feel to it. L.A. artists are lyricists since the Project Blowed days and even Snoop. Our gangster rappers were even lyricists at the same time. Everybody has their time to shine and the west coast was bringing something different to the equation and it started catching because people were sick of the same old thing. Kendrick, Schoolboy Q, and the whole TDE thing kind of set that off. Even YG does traditional gangsta rap but that was missing. It wasn’t any of that going on right now. I think we’re just filling a void.

TRHH: You have a song on the album called “I Did it To Myself” that’s real introspective. What was the inspiration behind that song?

Ryu: That song I actually did a few years ago. A lot of people liked it so much I just tacked it on the end of the album. That’s the only song not produced by Divine — it was produced by Apathy. The concept behind that was I was signed to Warner Bros. with Fort Minor, which is Mike Shinoda’s group with me and Tak from Styles of Beyond. I also was signed as Styles of Beyond with Warner Bros. It basically didn’t’ work out. It was a bad situation. I spent a lot of time blaming other people for that, “The record label sucks. The President of Warner just don’t understand us. Linkin Park could have done more to promote us.” I was blaming a lot of people. I realized after a while that I was sitting there on the record label waiting for someone to do something for me instead of going and doing it on my own. At the end of the day the only person I could blame was myself. That was like a diss record that I was going to do about the whole situation but it ended up being a diss record to myself.

TRHH: That’s a great lesson to learn though.

Ryu: Yeah, me being a little bit older in the game for rap, that’s the kind of stuff that I appreciate. The younger me wouldn’t have looked at it like that. Me being older I think the timing is right for everything because if I had done a solo album when I was 21 I don’t think it would have been the same. It would have been ignorant. It’s good to be able to look at yourself and factor in all things when you’re making your decisions as an older rapper.

TRHH: Who is Tanks for the Memories made for?

Ryu: It’s made for me and Divine Styler – that’s it. We did that record in my kitchen. We had no expectations for it. We just did it to watch ourselves bug out [laughs]. We’d just sit there in the kitchen, play a beat, make ugly faces, and dance around. We made it for ourselves. Like I said I could have went a couple different directions and tried to cater to what I feel was the best selling or the most people would like it. I just did it for myself and Divine, that’s it. We had a fun time doing it.

Purchase: Ryu- Tanks for the Memories

Sherron Shabazz is a freelance writer with an intense passion for Hip-Hop culture. Sherron is your quintessential Hip-Hop snob, seeking to advance the future of the culture while fondly remembering its past.
View all posts by Sherron Shabazz →
This entry was posted in interview and tagged Been Doin’ This, California, Demigodz, Fort Minor, Get Busy Committee, interview, Los Angeles, Ryu, San Fernando Valley, Styles of Beyond, Tanks for the Memories, Wildlife Records. Bookmark the permalink.