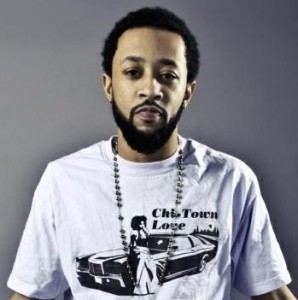 Chicago area emcee Sincerely Yours has proven himself to be a versatile artist in his young career. His music ranges from club bangers to back pack rap while maintaining a high level of lyricism. Sincerely is preparing to release his latest project, a full-length album titled “Good Intentions”.

Sincerely Yours will celebrate the release of his new album with a performance on Friday, May 22, 2015 at The Wire in Berwyn, just west of Chicago. The show is free before 10 PM if fans RSVP to nycee8@gmail.com. Also scheduled to perform are Tripp Heavy, 5th-King, and Slot-A.

Sincerely Yours spoke to The Real Hip-Hop about his growth as an artist, his new album, Good Intentions, and his album release party at The Wire on May 22.

Sincerely Yours: Basically because I feel that’s something that a lot of people can relate to. A lot of music that I write is based off my own personal experiences and thoughts. Going into a lot of things and having good intentions, a lot of times people don’t see the intention behind the things that you’re doing. For example, something as simple as me having to do an interview right now and somebody else wanting my time. They’re not understanding what I have to do and the intention of everything I do is for the betterment of everybody around me.

TRHH: How is Good Intentions different from the “One Night Only” EP?

Sincerely Yours: Aw man, One Night Only was really songs I was making in the process of making the Good Intentions project. It’s more concrete, more direct, and to the point as far as getting in depth about getting to know Sincerely Yours. One Night Only was a bunch of loosie joints. There were some nice records, but it wasn’t telling the story that I was trying to tell.

TRHH: How have you grown as an artist since ‘Self-Titled’?

Sincerely Yours: I’m a little bit more into what my listeners want from Sincerely Yours. I’m finding a common ground between doing what I wanna do and at the same time catering to my fans. I think sometimes as artists we get caught up in doing what we wanna do and everybody ain’t gonna wanna ride your wave. You always gotta do what you do but at the same time it’s a balance you gotta have. I’m finding more balance in my music.

TRHH: The single “Hold Me Back” is dope. What’s the inspiration behind that song?

Sincerely Yours: Aw man, shoot, to keep it 100, Chicago is the city of hatred and all of the above. That track is pretty old but at the time I was feeling frustrated about where I was as an emcee and seeing a lot of other people reap certain benefits so I was flexing my muscle as an artist. I was getting some things off my chest. That’s what this thing is all about – expression and creativity. I was just letting go of some steam. Shout out to my dude RD.

TRHH: How’d you get the name Sincerely Yours?

Sincerely Yours: I came up with that name a long time ago. It’s a way of keeping it real with myself. Any time I sit down to write anything I make sure it’s sincerely from me first and foremost before I sit down and write anything from another person’s perspective. It’s gotta be 100% from me and I have to stand by it. It’s a way I stay focused and keep it real with me when I’m writing. It’s a thing for rappers, they like to hit the pages and become somebody else [laughs].

Sincerely Yours: A lot of people. I’d probably say first and foremost moms because that’s where my musical background stems from watching her while I was growing up. As far as emcees, Common, Nas, Jay-Z, Royce da 5’9”, a lot of different cats. Not a lot of the cats that you necessarily see at the forefront. I like to find qualities in different artists. The list is too long, man [laughs].

TRHH: You mentioned your mother; does she have a music background?

Sincerely Yours: Yeah. My mother used to sing R&B for a while but then she changed her life over to God so now she sings for the lord. She sang with Danny Boy, who worked with 2pac.

TRHH: What does she think of you pursuing music?

Sincerely Yours: Aw, she’s 100% for it. I grew up watching her literally take the same steps. When she saw I wanted to do it, was serious about it, and had some talent with it she had no choice but to be with it [laughs]. She’s always been 100% supportive. That’s been the biggest blessing, man.

TRHH: You’re having the big album release party on May 22 at The Wire. What do you have in-store for fans that night?

Sincerely Yours: I got a bunch of new material from Sincerely Yours. It’s been a minute since I released some new music, especially with my homeboy Slot-A. We got some great music for y’all, man. It’s going to be a great show. It’s been a while since I’ve done a show of this magnitude.

TRHH: What can fans expect to hear on Good Intentions?

Sincerely Yours: Fans can expect to hear some music for them to ride to for their summer. It’s music for all year round, but I wanted the project to have a feel-good vibe to it. It’s only 9 tracks long. It’s one of those joints you can put on track 1 and let it ride. You can listen to it at a barbecue, while you’re cleaning up the crib, anywhere. The music is all-purpose.

Sherron Shabazz is a freelance writer with an intense passion for Hip-Hop culture. Sherron is your quintessential Hip-Hop snob, seeking to advance the future of the culture while fondly remembering its past.
View all posts by Sherron Shabazz →
This entry was posted in interview and tagged Berwyn, Chicago, Good Intentions, Hold Me Back, interview, One Night Only, Self-Titled, Sincerely Yours, The Wire. Bookmark the permalink.