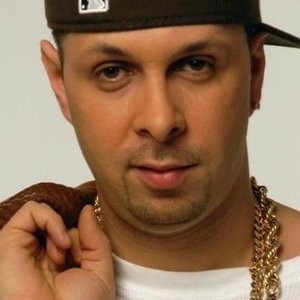 Legendary DJ Tony Touch has been an integral part of Hip-Hop culture for over twenty years. The former B-Boy made a name for himself behind the turntables by elevating the mixtape game with the 50 MC’s series.

Only Tony Toca could get fifty of Hip-Hop’s biggest names together for one project and he’s done on four separate occasions. The third installment of Touch’s Piece Maker series coincides with what made him famous, 50 MC’s. Tony Touch’s sixth studo album, The Piece Maker 3: Return of the 50 MC’s features appearances from the likes of the Wu-Tang Clan, KRS-One, Busta Rhymes, Twista, Black Thought, Action Bronson, M.O.P., and Eminem to name a few.

Tony Touch spoke to The Real Hip-Hop about working with the likes of producers DJ Premier and the Beantuts, his relationship with Eminem and Shade 45, and his new album The Piece Maker 3: Return of the 50 MC’s.

TRHH: Why’d you decide to merge the 50 MC’s concept with The Piece Maker series?

Tony Touch: Well, because I wanted to finish The Piece Maker series and do my third one. Usually I do all my installments in three’s. I brought back 50 MC’s due to the demand for it. A lot of people have been requesting that I do another 50 MC’s so I figured I’d bring back the two concepts together. I already did three 50 MC’s in the 90’s so I figured I’d bring two brands together and package it like that.

TRHH: What did it mean to you to rhyme on a DJ Premier beat?

Tony Touch: Wow, incredible. Actually this is the second Primo beat that I actually rhymed on. The first one was ReggaeTony Volume 1. I did a song with Tego Calderon on there. Premier is the best of the best so it was definitely an honor. It was a great moment for me to be able to pull that off, you know?

TRHH: There is a heavy contribution from The Beatnuts on this album. What was it like working with those guys on this project?

Tony Touch: Well I’ve been working with those guys for well over fifteen years. They’re great friends of mine. We do a lot of touring together and we have a pretty extensive catalog of collaborations we’ve done in the past. Basically when it came time to do this album and I knew I was going to approach it on a 50 MC scale I knew I needed a lot of beats. Those guys are incredibly talented, their catalog is crazy, and they still to this day have a library of beats that are unused. So it all just made sense to go that route.

TRHH: I saw you perform on a show with Rakim in Chicago and you tore it down. Do you find that younger crowds are receptive when you play classic Hip-Hop records?

Tony Touch: Sometimes. Not all the time. You gotta read your room. See who is in your room and what kind of records they are reacting to. That tells you whether or not you should stay in that lane. It’s always important not to focus on what I like to hear but make sure that the room is responding by any means.

TRHH: What’s your opinion of Serato?

Tony Touch: I love it. I think it’s great. There are pros and cons with all the technology stuff. The pros are I travel with my entire record collection in my laptop. The cons are it takes away from DJ’s putting in work and digging for records because they’re just sharing files now.

TRHH: Do you have a favorite song on the new album?

Tony Touch: Too many to name. The Too $hort record was a highlight for me being that it was the first time I got to work with him—it was a special joint. Twista is another one, I never really worked with him before so to get him on a record with Bun B is another standout for me. The Lox record, being able to have all three guys from The Lox on the record is another standout. Of course the Eminem record. He ain’t put nothing out in three years so that was another highlight.

TRHH: How difficult was it to get Eminem on the album?

Tony Touch: It was just a lot of follow-ups. I do the satellite radio show on Shade 45 so I work with Em and the whole Shady Records crew. I’ve been there for eight years. In the past we’ve worked together, too. He was on the first Piece Maker album and the third 50 MC’s album in ’99. The relationship was there already and I’m just glad he was able to come through for that.

TRHH: The joint with Busta and Roc Marciano is crazy but the Slaughterhouse song is my favorite.

Tony Touch: That’s a banger, yeah! We put a lot of energy and time into that record. Just Blaze produced it, we got some live instrumentation on there, it’s a real theatrical record. We put a lot of work into that one.

TRHH: There are a couple other DJ/Producer albums dropping this summer, like Statik Selektah and Marco Polo. Do you keep tabs on what other DJ’s are doing?

Tony Touch: Yeah, my radio show forces me to do that. I’m digging for new music every week. I got a four how show every Tuesday so I need music to fill out the program. I’m always checking for new things that are coming out, whether it’s DJ albums or artist albums.

TRHH: What’s next up for Tony Touch?

Tony Touch: Right now I’m focused on promoting this record and making sure there is awareness out there for it and people are open to hearing some real boom bap Hip-Hop right now. After this I’m working on a project with my artist SONI—SONI withanEye. We just put out the first single featuring Raekwon. We did a video for it and everything. The name of the song is called ‘Get it Together’. I’m working on executive producing her album, it’s called Rebel. I’m also working on some Latin stuff. I’m going to tackle some concept stuff in the Latin scene with a Latin/Hip-Hop kind of album. So, you know, we’re moving.

Sherron Shabazz is a freelance writer with an intense passion for Hip-Hop culture. Sherron is your quintessential Hip-Hop snob, seeking to advance the future of the culture while fondly remembering its past.
View all posts by Sherron Shabazz →
This entry was posted in interview and tagged DJ, interview, Shade 45, The Piece Maker, The Piece Maker 3: Return of the 50 MC’s, Toca Tuesday’s, Tony Touch. Bookmark the permalink.