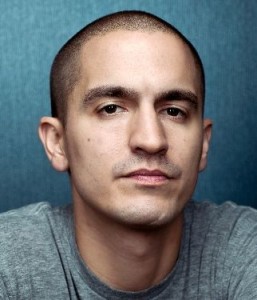 In keeping with this week’s Warped tour theme The Real Hip-Hop chatted with L.A. based emcee, Wax who is performing on the Beatport stage as part of the festival. Formerly a Def Jam recording artist, Wax was dropped from the label in 2011 due to creative differences. His release from the legendary label turned out to be a blessing in disguise. The comedic emcee flourished musically and personally upon venturing out on his own and released the critically acclaimed album ‘Continue’.

Wax spoke to The Real Hip-Hop about the perks of being an indie artist, performing at the 2014 Warped tour, and the follow-up to his album, Continue.

Wax: It means a lot, man. It means I must be doing something right, I guess. It’s interesting because it’s a very young crowd. I think that’s good. When you’re young and you hear music for the first time it affects you even more. I’m definitely making a lot of new young fans and it’s a good thing.

TRHH: Have the audiences been receptive to your music?

Wax: Yeah, they have. I’m not as big as some people are here. A lot of the younger folks aren’t into it as much but the parents love my stuff. I see all the old folks gathering around. It’s been good.

TRHH: Are there any acts that you’ve discovered on this tour that you’re a fan of now?

Wax: Yes, absolutely. K. Flay being one of them. This band called Plague Vendor. A lot of people on my stage especially. This band called One Ok Rock from Japan is amazing. Those are the main ones I can think of off the top.

TRHH: What’s the difference between being an indie artist and being an artist on a major label?

Wax: You can make a lot of your own decisions being independent. You can do the music you want to do. You might not make the most money, or you might make even more because you don’t have to pay them anything. I think the most important thing is creative freedom – doing what you want and not having somebody looking over your shoulder.

Wax: I went through some depression in my life and that was a song I wrote when I was starting to get over it. That song and my whole album was about continuing on and not letting things affect you. That was written in a time when I was getting over some bad rough times.

TRHH: Was the music therapeutic for you at that time?

Wax: Absolutely. It always is. Music is always therapeutic. Music saved my life a million times.

TRHH: How’d you get into the podcast world?

Wax: To be honest with you I’m a big fan of Bill Burr’s podcast. I pretty much was like, “I’d like to do that,” because it’s almost therapeutic. I just talk. I pretty much stole his formula for the most part. I’ll tell him that openly. It was fun.

TRHH: When will we hear the follow-up to Continue?

Wax: Hopefully at the end of this year. This tour kind of put off my recording process but as soon as I’m done I’m not doing any touring, I’m just working on the album. So hopefully December or January but I don’t know, man. Sometimes it takes a long time, sometimes it goes real fast. We’ll see.

Sherron Shabazz is a freelance writer with an intense passion for Hip-Hop culture. Sherron is your quintessential Hip-Hop snob, seeking to advance the future of the culture while fondly remembering its past.
View all posts by Sherron Shabazz →
This entry was posted in interview and tagged Continue, Feels Good, interview, Vans Warped Tour, Wax. Bookmark the permalink.