Add-2: Prey For The Poor

Posted on September 7, 2015 by Sherron Shabazz 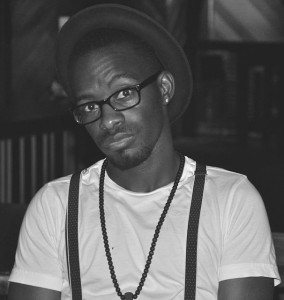 In a year that’s already seen strong releases from some of Hip-Hop’s new generation (Kendrick Lamar, Joey Bada$$, Action Bronson, etc.) another dope chapter has been written in the book of 2015. Chicago emcee Add-2 released his long awaited Jamla Records solo release “Prey For The Poor” on September 4.

Prey For The Poor magically meshes songs about love and relationships with songs about the struggles of young black people in America. While it touches on heavy topics Prey For The Poor isn’t all serious. There’s some feel-good party Hip-Hop along with flat out raw emceeing – the album has everything.

The Real Hip-Hop caught up with Add-2 at his album release party to discuss his new album, Prey For The Poor.

TRHH: How’s it feel to finally have the album out?

Add-2: Man, this is a beautiful feeling. I’ve been waiting for a long, long time to finally have this day where everything comes through and for me to turn around and actually be able to execute it. It sounds just as dope as I thought it would – it’s the best thing in the world, man. It’s a long time coming.

TRHH: How has the reception been?

Add-2: The reception’s been crazy. It’s almost been a little overwhelming. I’ve been thinking to myself, “Is this for real?” Everybody has been hitting me up talking about they like certain songs, the vibe of it, and how cohesive it is. That’s been the main thing, everybody has been saying, “This is a great body of work.”

TRHH: Explain the title of the album, “Prey For The Poor”.

Add-2: Prey for the Poor is something I felt was like a mantra. You either help the people or you end up being a victim to the people that you neglect. You can pray for the poor or you will be prey for the poor. That’s the mentality behind the album. It’s explaining the psyche of everything – all these different elements of the people.

TRHH: There are lots of 90s elements in the album from the Spike Lee themed artwork, to the House Party clip, to some of the music. Was it a conscious effort to have a little bit of the 90s in there for this record?

TRHH: You snapped on “Set it Off”. What was the inspiration behind that one, specifically the “your favorite rapper’s a coon,” line?

Add-2: Aw man, everybody be quoting that line. We were doing a lot of quality records – strong songwriting joints. I be telling them, “Sometimes I need to spaz.” I need to do that as an emcee. For me that’s where my heart was. When you give me a beat like that I’m just going to go at it and usually I’m going to say something. The part where I kicked it off I was thinking, “How do you start off the second verse?” Something came up in my mind like, “I hate to pop your balloon.” I was wondering what’s the next greatest thing you could say and I was like, “Your favorite rapper’s a coon.” It just went.

Add-2: Yeah, shout out to all the weak rappers.

TRHH: I was surprised at the relationship-themed songs on the album. Was it difficult for you to put your personal feelings out there like that?

Add-2: In a way, yeah. When we did this joint “Say Goodbye” that honestly is one of the realest songs that I’ve made. The day that I made it Khrysis was sampling a bunch of 90s stuff that week and I told him it sounded like a deep relationship song. I was afraid if I had to do it, it was going to be very harsh. He said, “Go for it, man!” I was like, “Nah, man. I still gotta go home!” He said, “You can only write it one way. You can’t write it and sugar coat it. You have to write it 100%.” He was absolutely right and I just said, “Whatever.” If it’s real, people are going to register with it and I think that’s what it was. People are drawn to it because I’m being so honest. I’m not making blanketed statements; I’m talking about real stuff that people are going through. When you’re talking about your own life how can they not relate to it? Because they’re living it too.

TRHH: You mentioned Khrysis — he did the bulk of the production, mixed, and mastered the album. You mentioned how he had some input lyrically, what was it like working him for the second go around and what was his input like while you were creating the songs?

Add-2: We have a good chemistry. That’s the best way to describe it. Me and Khrysis can get in and knock out about five songs a day. We can average that if we wanted to. Sometimes we have to stop and joke around for the rest of the day ‘cause we’ve been too productive. It’s a weird thing to say when you’re like, “Yo, you’re too productive.” The song “Say Goodbye” we did that when we did Between Heaven and Hell. 9th was like, “Yo, you can’t put this out on this. We’re saving that one.” We always had a good vibe and good track record together. Usually he gives me the freedom to do what I wanna do. He’ll make the beat, I’ll sit back and listen to it until I’m like, “Yo, I got an idea. This is where im’ma go with it,” and he’s like, “Go head.” He’ll leave the room, I’ll write everything, he’ll come back in, and I’m like, “Alright, I’m ready.” Then we start recording and during the process we’re bouncing ideas off one another. We’ve got a good working relationship – we push each other.

TRHH: How many songs were left off the album?

TRHH: How many do you have in the vault?

Add-2: There was a folder of like 50-60 songs. They were counting everything and they were like, “Yo man, you got like 60-70 songs over here.” Keep in mind Between Heaven and Hell was like eight songs. I got stuff just chillin’. I got stuff that’s probably gonna be on other people’s albums. That’s how much stuff I got.

TRHH: I think my favorite song on the album is “Kool-Aid”. What inspired that joint?

Add-2: I was watching a Ustream and 9th had played the beat. I was like, “Yo, I want that right there!” He said, “Actually Rapsody has that beat already.” I was like, “Alright,” then I asked her about it and she said, “Take it, do whatever you wanna do with it.” I had to circle back around and say, “If somebody needs to be on it, it needs to be you.” She jumped on it, they remixed it so it almost sounds like one of my favorite Dilla joints, the remix to D’Angelo’s “Dreaming Eyes of Mine” — that’s what it’s got a feel of to me. I always love songs like that. This girl posted something that said, “I miss when rap songs made women feel good about themselves. If y’all ever wanna write songs that make us feel loved again I would appreciate it.” I really took that into consideration because everything is “F these hoes,” and all that so why not take into consideration something that describes how you feel and change the pulse of it?

TRHH: That’s an interesting point, man. Everybody’s got a mother. Some of us have wives, girlfriends, sisters, and daughters. I don’t know if you saw the Straight Outta Compton movie but during some of the most important moments of his life Ice Cube had his wife with him. She’s right by his side, but he rhymed about some iffy stuff toward women at the start…

Add-2: That’s like an untold secret in Hip-Hop. A lot of people have girls that have been with them since high school. High school sweetheart type joints with 10-20 years in the game and you see their public image you never would think that. It’s not a cool thing in society because they want you to be the man. I always remember this scene from The Simpsons when Homer was in The Be Sharps and the manager said, “We can’t show you being in a relationship because we want the fans to feel like they can still get you.” The female fans that want to sleep with you want to feel like they can. I watched The Jackson’s: An American Dream and they was mad when Jermaine wanted to get married. Michael was like, “Why would you do that to our fans?” That’s a thing because women want to feel like when they do see that guy on stage…. It plays into it; it’s a weird thing.

TRHH: Why should fans buy Prey For The Poor?

Add-2: It’s a choice, man. I feel like fans should get this album because it’s a very cohesive project. It’s a solid body of work. Honestly, if you listen to it and enjoy it, then buy it. If not, by all means…. I don’t want to force anybody to do anything. I want people to test it out, see if they like it, and if they enjoy it, buy it. I would rather have 100 genuine fans than 10,000 fake fans. Give me the real people who are going to enjoy the music. So if you enjoy good music, good. If not, eh, keep it movin’.

Purchase: Add-2 – Prey For The Poor

Sherron Shabazz is a freelance writer with an intense passion for Hip-Hop culture. Sherron is your quintessential Hip-Hop snob, seeking to advance the future of the culture while fondly remembering its past.
View all posts by Sherron Shabazz →
This entry was posted in interview and tagged Add-2, Chicago, interview, Jamla Records, Kool-Aid, Prey for the Poor, Say Goodbye, Set it Off. Bookmark the permalink.