From the Vault: Allah Mathematics 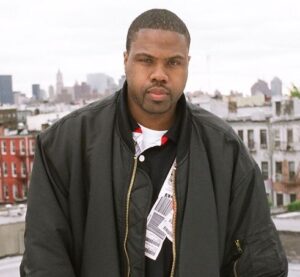 In the beginning of 2010 I had the pleasure of interviewing the DJ and producer for the legendary Wu-Tang Clan, Allah Mathematics. Math is the unsung hero of the group. He often plays the background, but is an integral component of the 9-man rapping crew. Mathematics is always on point during live Clan shows, has produced on various Wu group and solo albums, and is the creator of the world-renowned Wu-Tang logo.

In 2010 Math dropped “Return of the Wu and Friends.” The album featured every member of the Wu-Tang Clan rhyming over Allah Mathematic’s beats. The release contained unreleased songs and classic Wu tracks re-mixed.

Mathematics and I spoke about Return of the Wu and Friends and I got to pick his brain about some of my personal favorite Allah Mathematic’s beats.

TRHH: Talk a little about your new album Return of the Wu and Friends.

TRHH: Tell our readers why you decided to remix songs on the new album like Clap 2010 and Respect Mine?

Allah Mathematics: Because I feel like I learned a lot since I originally made those beats. I like those and I’m not taking anything away from them. On the first album I tried to do a Prince move I guess. You know Prince sung and played all the instruments on his first album. On Love, Hell or Right I produced all the tracks and mixed everything myself. I learned a lot since then and thought, “let me do my mixes to a certain point but leave it up to these engineers.” That’s their job—they bring a lot out of a track and I definitely appreciate them. I’ll mix it to a point like getting my arrangements and drops, but I need them to really tweak my sounds. This time around that’s what I was trying to accomplish.

TRHH: You produced the entire new album; did RZA ever give you advice early on regarding production?

Allah Mathematics: Basically, he just told me to be my own person and make my own music. Don’t try to do what somebody else is doing. That went a long way and that’s what I do—I do me. At the same time, I’m still learning, I’m still studying and I can make all types of music. If I step out and do something else I’ll always try to leave a little piece of me in there, some type of signature—Mathematics soul.

TRHH: What beat making equipment do you use?

Allah Mathematics: I still use my ASR-10. I mess with the Motif. I love the sounds in the Motif. People will argue about which is better, the Motif or the Oasys, but to me there’s no argument. To me they’re both good machines as far as making music.

TRHH: “Strawberry“ is my favorite beat that you’ve ever done. Talk about how that song came together.

Allah Mathematics: I made that one back when I was in my zone. I was trying to make 2 to 3 beats a day. When I did that one I did it and that was the only beat I made that day. After I made it I started listening back to it and started zoning out on it my damn self! I remember putting that beat on a cassette tape, popping it in the whip, driving around listening to it, and zoning out.

TRHH: Man that is one of my all-time favorite Ghostface songs!

Allah Mathematics: Thanks a lot, I love that joint, too.

Allah Mathematics: My favorite one…. That’s a good question ‘cause I change with the wind. One day I’ll be into this one and then the next one–every time I make a new beat that one becomes my favorite one. I think one of my best babies that I love is Cobra Clutch.

TRHH: “Fam Members Only“ is probably my 2nd favorite beat that you did. How did that one come together?

Allah Mathematics: Off the GZA album! You gonna make me pull that one back up and listen [laughs]! That’s actually the Triton, chopped up and a little playing. I made that joint when I had just moved and set up my studio. The vibe was real good when I made that one. That was when I first got the Triton and everybody was using the same sounds out of the Triton. It’s got so many more sounds in it and I didn’t wanna make the same thing that everybody was making.

TRHH: I’ve seen at least 12 or 13 Wu-Tang shows and I’m always amazed that you’re always on time. RZA once said in an interview that you guys don’t rehearse; how do you manage to be on top of so many songs during a live performance without making mistakes?

Allah Mathematics: [Laughs] You know what, that would have to be from my DJ background. I used to do park jams. I used to deejay out at Baisley Projects doing tournaments. I had to battle out there and everything! If you were coming in the park you had to be on point. It was always emcees coming behind the rope trying to rhyme, so, you always had to keep the beat for an emcee and change up when the next one comes on. That DJ part of me was already there. We never rehearsed. Any time we did have rehearsal we never rehearsed. It was like we was just wasting money just hanging out. We paid for a spot and everybody was there doing things we would normally do anyway. It’s just something natural. I don’t really know the answer to that. I just know when I’m up there I gotta do what I do.

TRHH: What’s the craziest thing you’ve ever seen on the road with the Clan?

Allah Mathematics: Ahhh I can’t tell that [laughs]! A lot of crazy things happen, but my memory ain’t really all that good on stuff like that to be honest. My focus is always on going to do the show and making sure it’s bangin’! That’s a good question; I wish I could answer it. Not saying that crazy things don’t happen, because they do. That’s a hard one [laughs].

TRHH: How’d you find the sample for Publicity?

Allah Mathematics: How did you find it?

TRHH: [Laughs] I don’t even know what it is!

Allah Mathematics: [Laughs] That’s why I was like, “Hold on, how did you find it?” Certain things you gotta remember, it was always competition as far as production. This is what made me work hard and get better. I would go down to the studio and True Master and RZA would be in there playing joints and when I got my slot time I had to bring some heat. They were already producing before I was and I would go to the studio and play tracks and get no response. That just made me work harder. True Master was a chop master—he would chop things up. RZA does it all. I wanted to combine it all. I wanted to be able to send people looking for something that’s not there. I tried to put some stuff together to make it sound like a sample or make it sound like a loop and send people looking to see if they can find it [laughs].

I take straight samples but I do it all. I try to mix it up. It depends on which track is bangin’ right for the verse of the emcee. I have to make sure I do it all. I’m not going to be a person who samples all my shit or play all of my joints. I might have joints where I play everything, joints where I use a sample, and joints where I have to chop it up and combine it. Every joint is something different. Even with the voices—we used to have voices in certain beats because we couldn’t get the voices out of the beat. I would always try to make a beat without the voice, now I know how to do it. That’s why Cobra Clutch is one of my favorites because that was one of the first beats that I actually threw the voices in. It was like a buildup and I thought the voice in there would sound phat. It’s never the same mission in making a beat—it’s never the same quest.

TRHH: Which do you prefer, making beats or deejaying?

Allah Mathematics: At the moment producing. I still love to deejay. I just came back from Australia—I was out there with DJ Cash Money, DJ Scratch, and DJ Dice. DJ Dice is Redman’s DJ. He actually started off deejaying for Das EFX and he’s ill. We were out there gettin’ it in. There was one point in the show where I had to fall back and become a fan because DJ Scratch was in there gettin’ busy! He started going off and it was like, you know what, I gotta start practicing again! Not to say that I lost something but it was so much fun. I saw how he was getting’ it in and I was like, man I gotta get back into this again! The funny thing though was once I did get back I still haven’t gotten to deejay yet because I’ve been trying to finish up these projects. I have to set a weekend aside and go in and get busy!

TRHH: What’s next for Allah Mathematics after Return of the Wu and Friends hits stores today?

Allah Mathematics: I got a lot of things coming up this year. I’ve got Eyes Low’s Love & Loyalty–people are going to love that. It’s got some features on there from Wu-Tang members. The Art of Entertainment is coming. I’ve got an all new Mathematics album coming with new material. I’ll be on different projects like the Rae, Meth, and Ghost album. There are a few other projects that cats are working on—it’s kind of busy. Ya’ know?

Purchase: Return of the Wu and Friends

Sherron Shabazz is a freelance writer with an intense passion for Hip-Hop culture. Sherron is your quintessential Hip-Hop snob, seeking to advance the future of the culture while fondly remembering its past.
View all posts by Sherron Shabazz →
This entry was posted in From the Vault, interview and tagged Allah Mathematics, DJ, Love Hell or Right, Mathematics, Prelude to the Answer, producer, Publicity, Return of the Wu & Friends, Return of the Wu and Friends, Soul of a Man, Strawberry, The Answer, The Problem, The Saga Continues, Wu-Tang Clan, Wu-Tang Clan & Friends Unreleased. Bookmark the permalink.