Pearl Gates: Live from the First 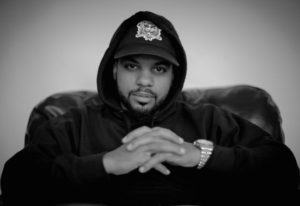 After dropping a few EP’s and spitting some guest verses Pearl Gates has released his first full-length album. Released by Below System Records, Pearl Gates’ debut solo album is titled “Live from the First.” The album is a 17-track release that showcases Gates’ musical and lyrical versatility.

Pearl Gates spoke to The Real Hip-Hop about his musical growth, why he had to stop making music for a while in order to experience life, and about his new album, “Live from the First.”

TRHH: What’s the meaning behind the title of the new album, ‘Live from the First’?

Pearl Gates: It’s kind of a double meaning. It’s an homage to my block, which is 181st but we call it “the first.” Also it’s my first album, so it’s kind of live from the first and the inception of the whole movement.

TRHH: The single ‘Rocks Right Now’ is crazy! How did that song come together?

Pearl Gates: Ah man, I appreciate that. I was actually in the studio working on the album with Robot Scott who executive produced it with me. I was writing another record and we were trying to get to a point of honesty. I have a past where I was involved in different things. I didn’t really want to shed light on that through the music, but somehow I was able to reach a point of honesty on another record and immediately I cut four records that night and that was one of the records. That was based on experiences that I had but I wanted to tie it in in a way that was metaphorically symbolic to my approach on taking over the rap game the same way as a drug block. It came from a place of honesty. That’s how that record came together. Twizzmatic produced the joint and that joint hits. As soon as I heard it I knew it was going to be something.

TRHH: You use a few different styles on the album. Was that a conscious decision or did you just go where the beats took you?

Pearl Gates: I guess normally with my creative process I do have a conversation with the production in terms of what it’s telling me and what it pulls out of me. It was definitely a conscious decision. I have records with Kool G Rap and Masta Ace, records where I’m singing, and I’ve been doing that for a long time. I wanted to incorporate that into the sound. It was strategic in terms of trying to bring to the table everything that I do in a tasteful way. It’s still Hip-Hop and has elements of musicality that are on a broader scale. I just wanted to kind of cook up in a pot and make a good concoction as far as the sonics of the albums.

TRHH: How have you grown as an artist since Diamond Mind?

Pearl Gates: Oh man, I think it’s been a noticeable growth. Diamond Mind was dope because it was like a still. It was like a picture of a space mentally of where I was at that time, which was dope. Now fast forward to Live from the First the production has gotten iller, the content, and the rhymes. I think basically one of my biggest growths is just the musicality. The rawness is still there but just bringing more elements to the music. That’s where the growth is at.

TRHH: We spoke two years ago and you said your debut album would be coming in six months. What took so long for Live from the First to drop?

Pearl Gates: There was moments where I had to take a pause and just experience life and bring that back to the music. Although I had so many records ready to be able to release, this record was important to me because I wanted it to be lasting in people’s minds when they heard it. It took more of my time than expected because I wanted to bring it out in a way that I was satisfied with the message. A lot of it was street at first and just by living life, expanding consciousness, and seeing things from a different perspective it allowed me to really flesh out not only where I was at one point, but where I am and continue to go towards. I wanted to bring that all into the fold so it took a little more time.

TRHH: Do you ever get writer’s block and have to chill for a minute?

Pearl Gates: I would say luckily I don’t get writer’s block or I haven’t had it in a very, very long time. I can’t remember the last time I had that. Like I said, when I immerse myself in the creative process I have a conversation so it’s not just me, it’s really what the production is saying and what I feel needs to be said based on the feeling. I kind of let that guide me. It’s fun because I almost have a front row seat watching it all take place. It’s kind of cool to see me working as a vessel as opposed to controlling the message. I just let it be and it’s fun as hell, man.

TRHH: Do you have a favorite song on Live from the First?

Pearl Gates: That’s tough, man. I really enjoy the first record on the album because lyrically it’s just so potent and it’s a good picture of the space that I had to grow up in. There’s so many joints on there. Rocks Right Now is one of my personal favorites. There’s a few. I really like the joint with Geechi too because I’ve always been a fan and getting Geechi on the album was dope. The stuff we were talking was magic on that joint. It’s so much stuff and so many joints on there.

TRHH: What do you hope to achieve with Live from the First?

Pearl Gates: I hope to achieve a solid foot in the game. I hope when people hear it they’re like, “This album came from one of the more promising artists in the game today.” I have high ambitions in terms of where I want to go and this album is a great place to start. I think what I want to accomplish is just to solidify that I’m here and that I’ve arrived.

Sherron Shabazz is a freelance writer with an intense passion for Hip-Hop culture. Sherron is your quintessential Hip-Hop snob, seeking to advance the future of the culture while fondly remembering its past.
View all posts by Sherron Shabazz →
This entry was posted in interview and tagged Below System Records, interview, Live from the First, New York, Pearl Gates, Rocks Right Now, Washington Heights. Bookmark the permalink.