Robby Blair: Still Under the Influence 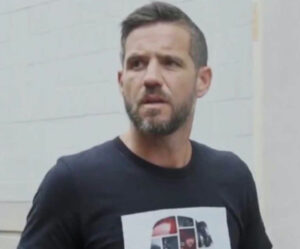 In 2020 producer/emcee Robby Blair released an album paying homage to his favorite artists from Queens titled “Certified Influence.” Blair’s latest project “Still Under the Influence” takes him to the birthplace of Hip-Hop, the Bronx. The ten-track project provides several nods to BX’s own, the late, great, Big Pun.

The Real Hip-Hop spoke to Robby Blair about the influence that Big Pun has on his music, why he chose to put his own spin on a few Hip-Hop classics, and his new album, Still Under the Influence.

TRHH: How would you compare Still Under the Influence to Certified Influence?

Robby Blair: Still Under the Influence was originally part of Certified Influence. I’d say I added about five tracks. I turned it into two projects. It was going to be a 15-to-17 song project but it ended up being 22 or 23 songs total. Compare wise it’s the same exact. What I like to do is utilize the same templates within my music and then I just plug and play because I like to get a lot of features. It’s very comparable where there are some repeat features. Slaine is on it. There’s more features on this one. Termanology is on this one, Chris Rivers is on this one, and Axel Leon. On Certified Influence there was a huge Queens influence and Still Under the Influence is a very big Bronx influence. That’s also why I separated it as well.

TRHH: What initially made you come up with the concept?

Robby Blair: Long story short, I’d been out of the game for a while. I never stop producing. I always just do it because the laptop is always there. I thought of an idea to send out beats to emcees that influenced me originally. Like Nems. How dope would it be to get Nems on a beat? And then after I got him I was like, “Wait, why wouldn’t I put myself on these tracks too?” It was going to be a production only project but I tested the waters. I’m a huge fan of Mr. Green, so I reached out to him and sent him a track that I made. It’s called “State of Mind” and it’s actually on the second album. It features JusNova, my boy who passed away like right after making this. I sent him the track and he was like, “Dude, you should rhyme on it too.” That’s how everything started. That’s how “Punch ‘em in the Face” started. That’s how everything got created. Originally it was going to be a production project with features, then I was like, “Why the fuck would I not put myself on these tracks with these all-stars that I looked up to?”

TRHH: The album kicks off with an homage to Big Pun on the song Punishment. How has Pun influenced you as an emcee?

Robby Blair: Just by listening. Just by his music marinating in my brain since I was a kid. That’s how all my music is created. It’s an influence that I’m re-creating in my own form and telling my own story. His son is a current influence on me. Not only the beats that he rhymes over, how he flows, he can go slow or fast. I think he challenges himself, which is something I like to do every time I make a rhyme. Just knowing that beginning to end you’ve got to make a dope ass project, because that’s what he did. Being the dopest emcee, that’s what he was. I can go fast, I can go slow, I’m never uncomfortable in any situation. If you throw me any beat I can get on it. His influence is basically from listening to him and not even realizing how much he was influencing me at the time while it was happening.

TRHH: On the song “Flex Music” you have a line that says, “What I’m hearing nowadays, it needs to change/You play 100 songs, man, I think they’re all the same.” How would you go about changing what we’re hearing today?

Robby Blair: It’s such a hard answer because it’s a long answer. Basically, the radio is templated now. The know what they’re doing to make music. They don’t have to do anything else, so they’re not going to try to do it. So, everybody is saying whose dick do I gotta suck to get to that spot? Basically, It’s just be yourself. It’s a simple concept but for some reason a lot of people can’t do that. That’s why I think a lot of people gravitate to my music because they understand that I’m really, really being myself. But having said that, it’s not fast money. I’m not trying to get money. It’s good money, but I’m not doing this for money. Be yourself. What are you doing this for in the first place? Now you see kids coming up and they’re half marketing and half music. They’re doing it like they’re a product, they’re not doing it for the music.

Music is different now. It’s bigger than music, too. Look at life. That line is more of a metaphor for life. Everything is fucking the same. I say everybody snap the fuck out of it, take a look back and realize the zombie-mode you’re in with everything. Start being original. Start being individuals. It’s more of a big picture thing when I say stuff like that. It’s more than music when I say shit like that. I can’t stand that shit [laughs]. People always come back with “Why you’re getting so angry?” I’m not angry. I’m emotionally involved, I’m invested into this stuff. It’s not anger, it’s frustration. I’m defending something I love. Music is the language of the world and if the music is being dumbed down what does that say about the world? Originality.

TRHH: I think we’ve lost the rules. Back in the day, and I hate to even say that, but if you bit somebody’s shit they’d call you out or punch you in the face, and that’s what it is.

TRHH: I remember one time on Twitter someone said that KRS-One was lame for throwing PM Dawn off the stage. I’m like, but they talked greasy about him and Chuck D. What was he supposed to do? The guy was like, “It’s PM Dawn, just let them say whatever.” We’re talking about the early 90s. Nah, KRS did the right thing. It’s a new generation of people and those rules don’t apply anymore. It’s ancient.

Robby Blair: There’s no repercussions anymore because everything is on the internet, too. They’re not doing it in front of people. If you’re born into this you don’t know what the internet is not. It’s crazy. They’re born into this stuff where they’re doing all of this stuff in their room, which is great. But when you send yourself out into the real world you have to face that shit. Kids don’t have to face it anymore. It’s weird. It’s a weird setup. Now the kids are adults.

TRHH: You did a great job flipping “Déjà Vu” on the song “Fair Warning.” Were there any classic songs that you tried to pay homage to that just didn’t turn out right?

Robby Blair: Thank you. No, I was actually running out of beats. I was trying to find beats. There is a Big L/McGruff beat that I flipped that I didn’t want to use. The intro track on Certified Influence is Nice & Smooth “Hip Hop Junkies.” I just couldn’t write to it and I didn’t know why. I just didn’t feel it. Sometimes you don’t feel it. The only complaint that I got on that album was that I should have rhymed over that beat. I almost threw it on Still Under the Influence and kind of rhymed over it. At the time of making it I didn’t have the vibe to write to it, but I loved the beat, so I wanted to do an intro. The intro is pretty dope too because it kind of explains the whole project. That would be the one that I wanted to write to, but I didn’t.

Robby Blair: Here’s my story, I got divorced about two years ago and I had to take apart my entire studio. Ever since then I’ve been moving around. I’ve lived in like six cities since then, so, I haven’t even been able to set my studio up. I’ve been using Logic and Garage Band for the last two years. I sample like crazy. I just made a rhyme, “Five beats a day on average/A rhyme for each, that’s player status.” Literally every fucking day I’m making beats. I’m on autopilot.

I have this template where I will just make a beat in ten minutes. Out of ten beats six of them will be fire. When I was set up I had a Maschine and I utilize that with Logic. Mr. Green put me on to that. My boy Saycrid has an album called Quarantine and that entire project was made in my studio when I had it. If you like War Report, Capone-N-Noreaga type shit, that’s where that project takes you nostalgically when you listen to it. That’s my setup. It’s basic right now. I have my studio set up now but it’s more for just recording.

TRHH: I’m assuming the next borough that you touch would be Brooklyn. Which BK artist would be the influence for the next chapter of the Influence series?

Robby Blair: Biggie is BK all day. You go to the underground you got Sean P. Just that bubble. I record in Brooklyn. I record at the Dragon’s Lair. I’m in a group called Nurap Saints. It stands for “Never Underestimate Robby and Pearl. My boy Pearl Harbor is from Brooklyn. He’s down with M.O.P, he’s down with Boot Camp Clik, he’s down with Sean P, rest in peace. If you like my music, that bubble is my current influence. If you want to go to the gym and listen to music, that’s the shit. If you want to zone out in the car, that’s the shit.

I’d say there are like ten emcees in that bubble – Termanology is from Boston but he’s based in Brooklyn. The Nurap Saints just did a song with him, that was pretty dope. For Brooklyn, I honestly say know your history, understand your backbone, listen to some Biggie, listen to some shit earlier than that, and if you like my music just understand the underground scene, which is the whole Boot Camp, underground, grimy shit. I think Queen and Brooklyn are meshing together right now a little bit musically.

TRHH: Who is the Still Under the Influence album made for?

Sherron Shabazz is a freelance writer with an intense passion for Hip-Hop culture. Sherron is your quintessential Hip-Hop snob, seeking to advance the future of the culture while fondly remembering its past.
View all posts by Sherron Shabazz →
This entry was posted in interview and tagged Certified Influence, Fair Warning, Flex Music, Gravel Road Records, interview, New Rochelle, New York, Nurap Saints, Punishment, Robby Blair, Still Under the Influence. Bookmark the permalink.